Pompano Beach ( /ˈpɒmpənoʊ/ POMP-ə-noh) is a city in Broward County, Florida, United States, along the coast of the Atlantic Ocean, just north of Fort Lauderdale. The nearby Hillsboro Inlet forms part of the Atlantic Intracoastal Waterway. As of 2019, the city's population is estimated to be 112,118. [10] Located 35 miles north of Miami, it is a principal city in the Miami-Fort Lauderdale-West Palm Beach metropolitan area, which was home to an estimated 6,158,824 people in 2017.

Pompano Beach Airpark, located within the city, is the home of the Goodyear Blimp Spirit of Innovation. [2] [11]

Its name is derived from the Florida Pompano (Trachinotus carolinus), a fish found off the Atlantic coast. [12]

There had been scattered settlers in the area since at least the mid-1880s, but the first documented permanent residents of the Pompano area were George Butler and Frank Sheen and their families, who arrived in 1896 as railway employees. [3] The first train arrived in the small Pompano settlement on February 22, 1896. [3] It is said that Sheen gave the community its name after jotting down on his survey of the area the name of the fish he had for dinner. The coming of the railroad led to development farther west from the coast. In 1906, Pompano became the southernmost settlement in newly created Palm Beach County. [3] That year, the Hillsboro Lighthouse was completed on the beach. [3]

On July 3, 1908, a new municipality was incorporated in what was then Dade County: the Town of Pompano. [2] [3] John R. Mizell was elected the first mayor. In 1915, Broward County was established, with a northern boundary at the Hillsboro Canal. Thus, within eight years, Pompano had been in three counties. [2] [3] Pompano Beach experienced significant growth during the Florida land boom of the 1920s. In 1940, the U.S. Supreme Court disallowed forced confessions in Chambers v. Florida, a dispute stemming from a murder in Pompano Beach. [13]

Pompano Beach is in northeastern Broward County along the Atlantic Ocean. It includes about 3 miles (5 km) of beachfront, extending from the intersection of State Road A1A and Terra Mar Drive to the Hillsboro Inlet. The city is bounded by the following municipalities:

Pompano Beach has a tropical monsoon climate ( Am) with hot, humid summers and warm winters.

As of 2010, Italian-Americans made up 8.5% of the population, forming the second largest ancestry group in the city. [18]

As of 2010, before annexation of other areas, Pompano Beach has the highest concentration of residents of Haitian ancestry in the country, at 9.3% of the population. [19] while it had the highest percentage of Brazilians in the US, at 2.67%, [20]

Data for previously unincorporated areas that are now part of Pompano Beach:

Although there are about 17 postsecondary schools within 10 miles of downtown Pompano Beach, the majority of these are for-profit schools or ones that specialize in a specific field. Students may prefer postsecondary schools that offer programs in a wider variety of disciplines, especially if a student has yet to settle on a specific field of study. Pompano Beach is also the registered office for Augustine Graduate School, a post-secondary school, named for the North African theologian, philosopher, educator, and scholar Augustine, the graduate school offers graduate programs in the areas of psychology, philosophy, theology, education, and business; additionally the graduate school offers graduate certificates in various areas.

In recent years, an effort to rejuvenate rundown areas near the city's beach has gained momentum and has stimulated a multibillion-dollar building boom. Community redevelopment agencies were established for the East Atlantic/Beach corridor, as well as for the old downtown and Hammondville/Martin Luther King Jr. corridor. [2]

Companies based in Pompano Beach include Associated Grocers of Florida. Nonprofits include Cross International.

According to the City's 2011 Comprehensive Annual Financial Report, [37] the largest employers in the city are:

The Kester Cottages (the Pompano Beach Historical Museum), Ely Educational Museum, Meridian Gallery, and Pompano Beach Art Gallery are located in the city. Two theatres in the area include Curtain Call Playhouse and Poet Productions. [1] There are two malls in Pompano Beach. The first is Festival Flea Market Mall, which houses booths and kiosks selling jewelry, electronics, and clothing. The other, Pompano Citi Centre, is an open-air mall.

The city has been twinned since 2017 with Termoli, a coastal town in the province of Campobasso, Italy.

Pompano Beach Community Park features an aquatic center, pickleball courts, basketball courts, soccer fields, jogging paths, and baseball fields. Prior to 2008, this park was the location of the Pompano Beach Municipal Stadium, which served as the spring training camp for the Washington Senators from 1961 to 1971 and the Texas Rangers from 1972 through 1986. [42] [43] [44]

Pompano Beach is a part of the Miami- Fort Lauderdale- Hollywood media market, which is the twelfth largest radio market [46] and the seventeenth largest television market [47] in the United States. Its primary daily newspapers are the South Florida Sun-Sentinel and The Miami Herald, and their Spanish-language counterparts El Sentinel and El Nuevo Herald. Local Pompano based media includes The Pompano Pelican, the longtime local weekly newspaper; the Deerfield-Pompano Beach Forum, published by the Sun-Sentinel Company; Pompano Post Community Newspaper and PompanoFun.com, a website focusing on local entertainment and events; and television program Today in Pompano. [48]

The South Florida Regional Transportation Authority has its headquarters in Pompano Beach, [49] located next to the Pompano Beach Tri-Rail station. 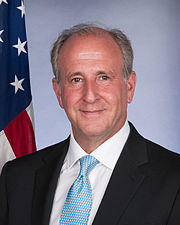 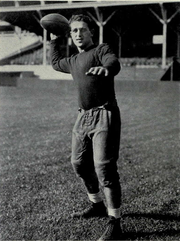 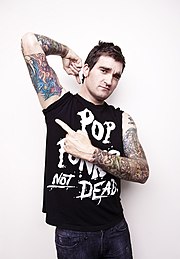