The Jacksonville Metropolitan Statistical Area (MSA) is an area designated by the U.S. Office of Management and Budget used for statistical purposes by the United States Census Bureau and other government agencies. [2] The metropolitan statistical area had a total population of approximately 1,504,980 as of 2017 and is the 39th largest in the United States and the fourth largest in the state of Florida. The OMB defines the Jacksonville MSA as consisting of five counties. The components of the metropolitan area with their estimated 2017 populations are listed below: [2]

The OMB also defines a slightly larger region as a Combined Statistical Area (CSA). In 2012 the OMB also defined the Jacksonville–St. Marys–Palatka, FL–GA Combined Statistical Area, which included metropolitan Jacksonville as well as the Palatka, Florida and St. Marys, Georgia Micropolitan Statistical Areas (comprising Putnam County, Florida and Camden County, Georgia). The CSA had a population of 1,631,488 in 2017 and was the 34th largest CSA. The components of the CSA with their estimated 2017 populations are listed below:

Further information: List of colleges and universities in metropolitan Jacksonville 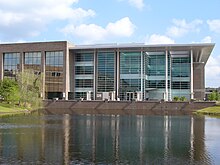 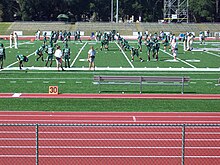 Higher education in the Jacksonville area is offered at many institutions. There are three public institutions in the area. University of North Florida (UNF), founded in 1969, is a public university in southeastern Jacksonville. It has over 17,000 students and offers a variety of bachelor's, master's, and doctoral programs. Florida State College at Jacksonville (FSCJ), is a public state college located in downtown Jacksonville with satellite campuses around the city. St. Johns River State College is a state college with campuses in St. Augustine, Orange Park, and Palatka. Many private schools are also located in the area. Edward Waters College, founded in 1866, is Jacksonville's oldest institution of higher education, as well as the Florida's oldest historically black college. Jacksonville University (JU), established in 1934, is a private, four-year institution located along the St. Johns River with over 3,500 students. Flagler College is a liberal arts college located in St. Augustine. Noted for its campus, which includes Henry Flagler's former Ponce de León Hotel, it is currently included in The Princeton Review's Best 366 Colleges Rankings. [6] [7] 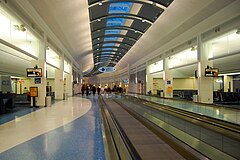 Greater Jacksonville is served by one major airport, Jacksonville International Airport. The airport served over 5.5 million passengers in 2011 [9] and has a record of 6.3 million passengers, reached in 2007. [10] The airport has three concourses with only two being operational. Concourse B was demolished in 2009 due to a significant decrease in passengers and flights. It is scheduled to be rebuilt when traffic increases at the airport,, which was projected to happen in 2013. [11] The airport has gone through many changes over the recent years. Both Concourse A and Concourse C were both rebuilt with ten gates each and moving walkways. Future plans call for expanding the newly built concourses by 2020 and possibly adding a people mover system to the airport, and connecting the airport with the onsite Clarion Hotel via a moving walkway.

The Port of Jacksonville is located in Duval County on the St. Johns River and is operated by Jacksonville Port Authority, branded as JAXPORT. Over 100 countries import and export goods through the port. JAXPORT owns three cargo facilities: the Blount Island Marine Terminal, the Talleyrand Marine Terminal and the Dames Point Marine Terminal. The Port of Jacksonville imports the second largest amount of automobiles on the east coast. The port authority also operates a cruise terminal. Opened in 2003 as a "temporary" terminal, cruise ships have set sail from the 63,000-square foot facility ever since. Current cruises from Jacksonville visit the Bahamas on four- or five-day voyages aboard the Carnival Elation. 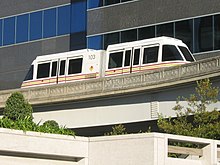 Jacksonville Transportation Authority (JTA) is the public transit agency serving the Jacksonville area with bus service, trolleys, paratransit, and a people mover. The people mover, known as the JTA Skyway is located in downtown Jacksonville, and operates 8 stations along a 2.5 miles (4.0 km) track. Bus service as well as paratransit service is provided around Duval County and partially in Clay County. JTA operates three trolley lines in three different neighborhoods: Downtown, Riverside, and Jacksonville Beach. The entire JTA system has a daily ridership of over 42,000. [12]

The Jacksonville metropolitan area is served by four interstate highways operated by the Florida Department of Transportation (FDOT). I-95 runs north to south, starting in Nassau County and leaving in St. Johns County. I-10 runs west to east, terminating in downtown Jacksonville at I-95. This intersection is the busiest in the area, with more than 200,000 vehicles traveling it each day. [13] I-295 serves as a beltway routing around the city and connects to I-10 and I-95 while serving all areas of Jacksonville. I-795 is a future expressway that will connect the southeastern section of I-295 with I-95.