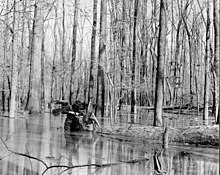 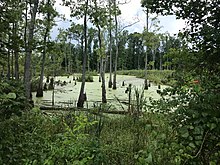 Richland County was probably named for its "rich land." The county was formed in 1785 as part of the large Camden District. A small part of Richland later went to adjacent Kershaw County in 1791. The county seat and largest city is Columbia, which is also the state capital. In 1786 the state legislature decided to move the capital from Charleston to a more central location. A site was chosen in Richland County, which is in the geographic center of the state, and a new town was laid out. Richland County's boundaries were formally incorporated on December 18, 1799. Cotton from the surrounding plantations was shipped through Columbia and later manufactured into textiles there. General William T. Sherman captured Columbia during the Civil War and his troops burned the town and parts of the county on February 17, 1865. The U. S. Army returned on friendlier terms in 1917, when Fort Jackson was established, which is now the largest and most active Initial Entry Training Center in the U.S. Army. The South Carolina State House is located in downtown Columbia. 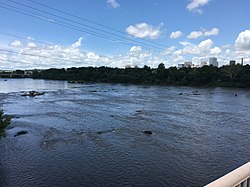 The Congaree River makes the border between Richland and Lexington counties.

Columbia has one Amtrak station (CLB) that serves over 30,000 passengers per year on the Silver Star rail line. [32] Additionally, Richland County has an operating facility for CSX Transportation, a company that transports over one million carloads of freight on South Carolina's rail network. [33]

The Jim Hamilton–L.B. Owens Airport operates over 56,000 aircraft annually but is a smaller airport used mostly for small and private planes. The main airport for the region is the Columbia Metropolitan Airport, which is located in neighboring Lexington County. In 2018, the Columbia Metro Airport served 1,197,603 passengers with 12,324 flights. 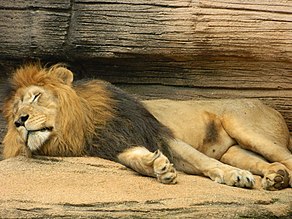 A male lion at Riverbanks zoo

Richland County was one of several counties across the country used as a filming location for the A&E reality documentary series Live PD, which worked in collaboration with the Richland County Sheriff's Department. The show first premiered in 2016 and aired for four years until its cancellation in 2020. [35]