Cayce (pronounced KAY-see) is a city in the U.S. state of South Carolina, along the Congaree River. The population was 12,528 at the 2010 census. [4] The estimated population was 14,009 in 2019, and is the third-most populated municipality in Lexington County. [5] The city limits divided between Lexington and Richland Counties, though most of the city's residents live in Lexington County. [6] Most of the city's land in Richland County is predominately rural. Cayce lies along the banks of the Congaree River, which divides the city from the state capital, Columbia, South Carolina. [6] Cayce is also boarded by the city of West Columbia to the north and the town of Springdale to the northwest. [7] Cayce is also part of the Columbia, South Carolina, Metropolitan Statistical Area and the South Carolina Midlands of South Carolina.

What was to become Cayce was home to Native Americans for at least 12,000 years; [8] This includes what is now known as the Manning Archeological Site, the SAM Site, and the Taylor Site. [9]

Hernando de Soto reached the area in 1540, encountering a large Indian village at Congaree Creek, where Cayce now stands. [8] Near the end of the 17th century, explorers such as John Lawson visited and documented his trip. [8] In 1718, the English built the first permanent fort, becoming the first structure built in the Midlands. A second fort was built on the river in 1748. These forts were referred to as Congaree Fort #1 and Congaree Fort #2, [8] and became part of the Congarees Site in 1974. [9] [10] 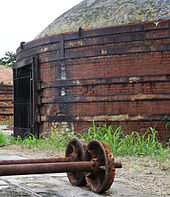 One of the kilns from the Guignard Brick Works, established in 1803

The Guignard Brick Works were established on the west bank of the Congaree in 1803 and remained active for nearly two centuries. [8]

The town includes the area that was once Granby, once the county seat and a flourishing community before it was abandoned by the end of the first quarter of the nineteenth century. [11]

The town was incorporated in 1914 and named for local businessman William J. Cayce.

In December 2007, the city council voted to annex a 3,100-acre floodplain in Richland County. Prior to this highly-controversial annexation, Cayce was entirely situated within Lexington County. [12] The city planned to develop this area. However, after significant evaluations, the city abandoned the project after determining that development was not suitable in the flood-prone area, leaving Cayce with a sizeable piece of sparely-populated land. [13] 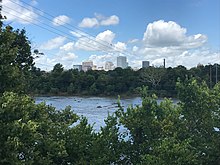 Columbia, SC from Cayce, SC over the Congaree river 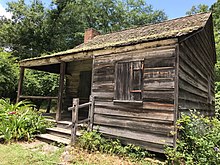 Exhibit of the Cayce Historical Museum

Cayce has several hiking trails throughout the city. All of its public attractions, with the exception of the Cayce Historical Museum, are free or charge. [14] 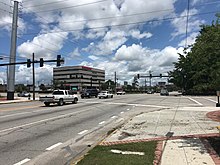 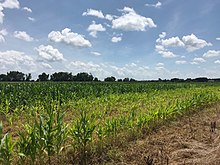 A corn field in the rural Richland County portion of the city.

Public transportation in Cayce is provided by the COMET, or officially the Central Midlands Regional Transit Authority (CMRTA). The bus system has several routes in Cayce and is the main public transit system for the greater Columbia area.

The Columbia Metropolitan Airport ( IATA:CAE) serves as the main airport system for the greater Columbia area, and borders the Cayce city limits. In 2018, the airport served 1,197,603 passengers with 12,324 flight. Additionally, the airport is also the regional hub for UPS Airlines, transporting 136.7 million pounds of freight/mail in 2018. [18] The airport was named Lexington County Airport, and during World War II, trained pilots for B-25 Mitchell crews.

Additionally, the Cayce-West Columbia branch of the Lexington County library serves both Cayce and West Columbia. 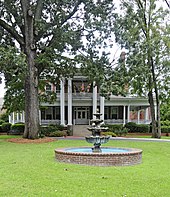