It is part of the Greenville- Anderson- Mauldin, SC Metropolitan Statistical Area.

Pickens County was Cherokee Indian Territory until the American Revolution when settler colonists settled the region. The Cherokee joined with British allies to defend their homes but were ultimately unable to prevent the taking of their land. This former Cherokee territory was included in the Ninety-Six Judicial District. In 1791 the state legislature established Washington District, a judicial area composed of present-day Greenville, Anderson, Pickens, and Oconee counties, and then composed of Greenville and Pendleton counties. Streets for the courthouse town of Pickensville (near present-day Easley) were laid off, and soon a cluster of buildings arose that perhaps included a large wooden hotel, which served as a stagecoach stop. In 1798 Washington District was divided into Greenville and Pendleton districts. The latter included what eventually became Anderson, Oconee, and Pickens counties. A new courthouse was erected at Pendleton to accommodate the Court of General Sessions and Common Pleas, and soon thereafter Pickensville began to decline.

In view of the growing population and poor transportation facilities in Pendleton District, the legislature divided it into counties in 1826, and a year later decided instead to divide the area into districts. The legislation went into effect in 1828. The lower part became Anderson and the upper Pickens, named in honor of the Revolutionary soldier, Brigadier General Andrew Pickens, whose home Hopewell was on the southern border of the district. A courthouse was established on the west bank of the Keowee River, and a small town called Pickens Court House soon developed

By 1860 Pickens District had a population of over 19,000 persons of whom 22 percent were slaves. The district was largely rural and agricultural. Its small industry consisted mainly of sawmills, gristmills, and a few other shops producing goods for home consumption. The district's Protestant churches were numerous, but schools were few. The Blue Ridge Railroad reached the district in September 1860. There was little combat between the two sides during the Civil War the district was frequently plundered by marauders and deserters who swept down from the mountains.

The war left the region largely destitute. The South Carolina Constitutional Convention of 1868, meeting during the first year of Congressional Reconstruction, changed the name district to county throughout the state. The Convention also established Oconee County out of the portion of Pickens District west of the Keowee and Seneca rivers plus a small area around the Fort Hill estate that formerly belonged to John C. Calhoun. This small area around the Calhoun property was transferred to Pickens County in the 1960s.

A new courthouse for Pickens County was erected at its present location, and many of the residents of Old Pickens on the Keowee moved to the newly created town, some with their dismantled homes. The loss of the Oconee area greatly reduced the county's population. It did not again reach 19,000 until 1900.

The county's growth was accelerated by the building of the Atlanta and Charlotte Air Line Railroad (later called the Southern Railway) in the 1870s. The town of Easley, named for General W. K. Easley, was chartered in 1874. Liberty and Central sprang up along the railroad about the same time and were soon incorporated. Calhoun (now part of Clemson) came into being in the 1890s, to be followed in the early 1900s by Six Mile and Norris as incorporated areas.

A major factor in Pickens County's growth was the coming of the textile industry. The county's first modern cotton mill, organized by D. K. Norris and others, was established at Cateechee in 1895. By 1900 the county could boast of three cotton mills, two railroads, three banks, three roller mills, thirty-seven sawmills, ten shingle mills, and four brickyards.

Yet until 1940, with a population of 37,000 (13.2 percent black), the county remained primarily rural and agricultural. Like many other Piedmont counties, Pickens had a one-crop economy. Its citizens were engaged mainly in growing cotton or manufacturing it into cloth. A notable change in the Pickens landscape was the coming of paved highways; one completed across the county, about 1930, ran from Greenville to Walhalla by way of Easley, Liberty, and Central.

The most significant developments in the county's history have occurred since World War II. By 1972 there were 99 manufacturing plants in the county employing almost 15,000 personnel and producing not only textiles but a wide variety of other products. The population today is estimated to be 93,894 residents. There is a heavy in-migration to Pickens County because of its climate, industrial opportunity, proximity to Greenville's labor market, and scenic beauty. [4]

Pickens School District ranked the highest in the state with an "A-" transparency score from Sunshine Review. [17]

Pickens County is served by the Pickens County Library System, headquartered in Easley, with four branch libraries in the county. 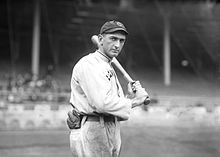