Location of South Carolina in the United States of America

The state of South Carolina has many official state symbols, holidays and designations and they have been selected to represent the history, resources, and possibilities of the state. The palmetto and crescent moon of the state flag is South Carolina's best-known symbol. It is seen on shirts and bumperstickers and is often adapted throughout the state to show support for collegiate teams or interest in particular sports activities.

The state has several symbols that represent its sovereignty and from where it was gained. [1] The state House of Representatives has used a ceremonial mace since 1880. When the House is in session, the mace is placed in a specially designed rack in front of the Speaker of the House. The state Senate uses a sword of state. The current sword of state was a gift from Lord Halifax, a former British ambassador to the United States, and has been in use since 1951. The original sword of state was obtained in 1704 and used by the governor of the South Carolina Colony. The state flag originated to represent the militia that fought for independence in 1776. The Seal of South Carolina was adopted in 1776. The seals of the Senate and House incorporate the sword of state and the mace respectively. 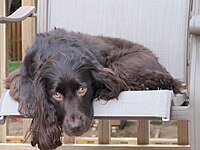