Armorial of the United States

From Wikipedia, the free encyclopedia
This article is about the present collection of coats of arms of the United States. For an overview of those presented in the historical works State Arms of the Union (1876) and Series 1882BB National Bank Notes, see Historical armorial of U.S. states from 1876.

The coats of arms of the U.S. states are coats of arms, adopted by those states that have chosen, that are an official symbol of the state, alongside their seal. Eighteen states have officially adopted coats of arms. The former independent Republic of Texas and Kingdom of Hawaii each had a separate national coat of arms, which are no longer used.

Heraldic arms were worn ( embroidered) on a coat which knights wore over their armor, hence coat of arms, [1] a term which dates back roughly 1,000 years [2] to jousting tournaments. [3] A state coat of arms may exist independently of the seal, but the reverse is not generally the case. [4] A seal contains a coat of arms or other devices [5] [6] whereas a state coat of arms constitutes the bulk of a seal, [6] [7] except for the wording identifying it as the "Great Seal of the State of..." [8] A "seal" has been described as the design impressed on public or legislative official documents, [9] whereas a coat of arms generally appears for illustrative purposes. Examples include flags and banners, [10] and state militia uniform caps [11] and buttons, [12] as well as specifically-designed regimental coats of arms for U.S. Infantry Regiments, and National Guard units. [13]

Main articles: Armorial of the United States Army and Coats of arms of U.S. Support Battalions 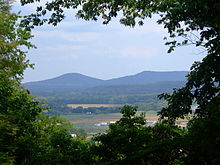 The coats of arms of the U.S. states date back to the admission of the first states to the Union. Despite the widely accepted practice of determining early statehood from the date of ratification of the United States Constitution, many of the original colonies referred to themselves as states shortly after the Declaration of Independence was signed on 4 July 1776. Committees of political leaders and intellectuals were established by state legislatures to research and propose a seal and coat of arms. Many of these members were signers of the Articles of Confederation, Declaration of Independence, and United States Constitution. Several of the earliest adopted state coats of arms and seals were similar or identical to their colonial counterparts.

State Arms of the Union, illustrated by Henry Mitchell and published by Louis Prang (known as the father of the lithographic industry), offers historically accurate renderings of the state's coats of arms as they existed in 1876. An accomplished engraver with the Bureau of Engraving and Printing for 40 years, Mitchell was responsible for engraving several coats of arms for official state use as well as arms for well-known educational and philanthropic organizations. The illustrations are presented alongside proof impressions from the engraved dies used to print the state arms on the first issue of United States National Bank Notes.

Published in 1876 by Louis Prang and illustrated by Henry Mitchell, State Arms of the Union contains a chromolithographed title page depicting the Great Seal of the United States and seven color plates with 45 state and territorial coats of arms. The book was likely published for the Philadelphia Centennial Exposition. [83]

Louis Prang was born 12 March 1824 in Breslau. At the age of 13 he began apprenticing for his father [84] and learned to dye and print calico, as well as wood and metal engraving. [85] Prang emigrated to Boston in 1850 and became an illustrator for a number of local publications. [86] Starting a business partnership in 1856 to manufacture copper and lithographic plates, Prang became sole proprietor in 1860 and named the company L. Prang & Co. [85] He specialized in color printing, more specifically "chromolithography" [84] Prang spent over four decades studying and creating a standard of colors [87] and engraved and printed maps, prints of contemporary celebrities, and color reproductions of famous works of art. [86] In 1875 Prang was responsible for introducing the Christmas card to America. [85] He created an annual design competition for his Christmas cards (run between 1880 and 1884), and judges included John La Farge, Samuel Colman, Stanford White, and Louis Comfort Tiffany. [84] Some of the notable winners included Elihu Vedder, Rosina Emmet Sherwood, Edwin Blashfield, [84] Thomas Moran, and Will Hicok Low. [86] Prang has become known as the "father of the American Christmas card", [84] [85] [86] as well as the "father of the lithographic industry". [87] [88]

Henry Mitchell was born in New York in 1835 and went to school in Philadelphia. [89] At the age of 10 he began working with his uncle [90] to learn the trade of gem and steel engraving. [91] By the age of 20 (1855), Mitchell had engraved the official seals for the Kingdom of Hawaii. [91] [92] In 1868 Mitchell joined the Bureau of Engraving and Printing and for 40 years engraved stamped envelopes. [93] Through his BEP work, Mitchell was also responsible for engraving the seal of the Secretary of the Navy and the Internal Revenue Service. [92] He also engraved the state seals for Massachusetts, [91] New York, [92] New Hampshire, [92] Vermont, [91] Rhode Island, [90] and Wisconsin. [94] Outside of state and federal government engraving, Mitchell engraved the seals and coats of arms for many well-known institutions which include Harvard University, Society of the Cincinnati, and Boston Public Library. [92] He engraved the Philadelphia Centennial Exhibition award medal (1876) which was struck in the Philadelphia Mint. [95] In 1891, Mitchell was invited by the Secretary of the Treasury to join a committee to evaluate the artistic design proposals for a new issue of U.S. coins. The two other members were Charles E. Barber, Chief Engraver of the United States Mint, and Augustus Saint-Gaudens. [96] [97]

In addition to being considered an expert on heraldry, [92] Mitchell was regarded as one of the best engravers [89] [90] and medal designers in the United States. [98]

A state coat of arms provided an opportunity to convey the natural and industrial resources available to its residents. [99] Common themes depicted in state arms include farming, industry, transportation (e.g., boats, trains, and wagons), and nature (e.g., sunsets and mountains). The Ohio and Indiana state arms depict fairly substantial mountains in the distance. In reality, the highest points in Ohio and Indiana are Campbell Hill (1,550 feet (470 m)) [100] and Hoosier Hill (1,257 feet (383 m)) [101] respectively.

The design of a state coat of arms or seal has generally been authorized by a provision in the state constitution or a legislative act. In most instances a committee (more often than not consisting of three members) [107] [108] [109] [110] was appointed to study the issue, seek advice from qualified artists, historians, legal scholars, etc., and report back to the authorizing legislative body with a design for their approval. Historically, this committee has consisted of notable members of society and elected officials.

The first committee to design the Great Seal of the United States was appointed on 4 July 1776 by the Second Continental Congress and consisted of Benjamin Franklin, John Adams, Thomas Jefferson. [111] Their design was rejected on 20 August 1776. The second committee ( James Lovell, John Morin Scott, and William Churchill Houston) design met with the same fate. [107] It was the third committee ( Arthur Middleton, Elias Boudinot, John Rutledge, who consulted with William Barton) that submitted a design which was approved on 20 July 1782. [107]

Individual states approached their coats of arms and seals in a similar manner (i.e., seeking direction from the statesmen and scholars of their community). A few of those involved in the design of state arms and seals include (but is not limited to): John Jay and Gouverneur Morris ( New York); [108] Francis Hopkinson (New Jersey); [112] David Rittenhouse and George Clymer ( Pennsylvania); [110] and George Mason, Benjamin Franklin, Benjamin West, and Thomas Jefferson ( Virginia). [113]

An impression of the Great Seal of a state (or its coat of arms) has long been required on official documents ranging from deeds to legislative acts. It was the emblem that certified the authenticity of a given document [14] [114] or that the authority of the state was invested in said document. [114] Judicial decisions upheld the need for a valid seal and/or coat of arms on notarized documents. [nb 19]

One of the more compelling legislative actions recognizing the legal importance/authority of the state seal and arms occurred in February 1873 when a joint session of the United States Congress refused to recognize Arkansas's electoral votes in the November 1872 presidential election. [115] The official tally of the state's electoral votes was submitted with an invalid seal (bearing the coat of arms of the office of the Secretary of the State of Arkansas versus the seal of the state of Arkansas bearing the state arms). [115] [116] [117]

Courts and state legislatures also opined on the inappropriate uses of state seals and arms. Most states barred their use for any kind of advertising. [nb 20] Reproduction for corporate use was similarly prohibited [118] and such infractions were classified as offenses against public property. [119] The 2003 Code of Federal Regulations pertaining to the Bureau of Alcohol, Tobacco, Firearms and Explosives prohibits the use of state seals or coats of arms in product branding so as not to mislead the public into thinking that a commercial product has been endorsed by a government organization. [120]