Historic regions of the United States 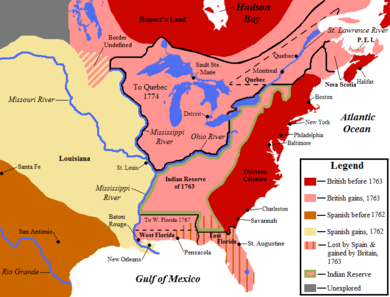 Map showing North American Territorial Boundaries leading up to the American Revolution and the founding of the United States: British claims are indicated in red and pink, while Spanish claims are in orange and yellow.

This is a list of historic regions of the United States that existed at some time during the territorial evolution of the United States and its overseas possessions, from the colonial era to the present day. It includes formally organized territories, proposed and failed states, unrecognized breakaway states, international and interstate purchases, cessions, and land grants, and historical military departments and administrative districts. The last section lists informal regions from American vernacular geography known by popular nicknames and linked by geographical, cultural, or economic similarities, some of which are still in use today. 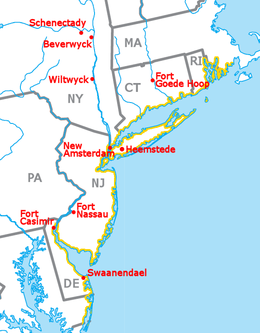 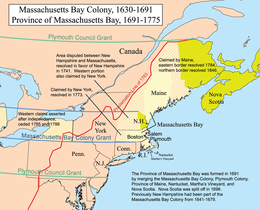 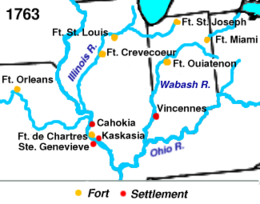 French settlements and forts in the so-called Illinois Country, 1763, which encompassed parts of the modern day states of Illinois, Missouri, Indiana and Kentucky)

A 1775 map of the German Coast, a historical region of present-day Louisiana located above New Orleans on the eastern bank of the Mississippi River

Vandalia was the name of a proposed British colony located south of the Ohio River, primarily in what is now the U.S. states of West Virginia and eastern Kentucky 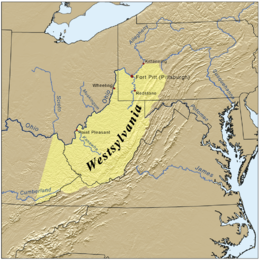 Unlike the land to the east, most of the land west of the Mississippi River was under French or Spanish rule until the first years of the 19th century. 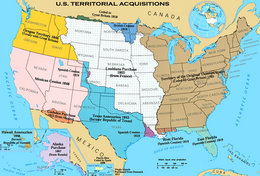 Seward's Folly. The controversial purchase of Alaska from Russia in 1867 turned out to be a great deal for the U.S. when the area proved to contain a treasure trove of natural resources.

The Oregon Country. The dispute over Oregon, between Britain and the U.S., led to an uneasy, "parallel" governing of the territory for almost 30 years.
See also: United States territorial acquisitions and Manifest Destiny

Regions annexed from or ceded by foreign powers 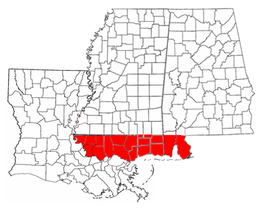 The Baton Rouge and Mobile Districts of Spanish West Florida, claimed by the United States, spanned parts of three later states. The Spanish province also included part of the present-day state of Florida.

Progression of the Indian Territory separation from the Arkansaw Territory, 1819–1836 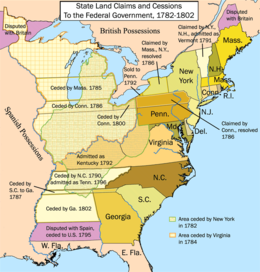 The first State Cessions. The 13 original states ceded their western claims to the federal government, allowing for the creation of the country's first western territories and states.

The following are state cessions made during the building of the U.S.

The Northwest Territory was a large and (at times) ill-defined territory ceded by Great Britain to the U.S. at the end of the Revolutionary War. British troops still occupied parts of the area well past 1800.

The following is a list of the 31 organized U.S. territories that have become states, in the order of the date organized.

The following are land grants, cessions, defined districts (official or otherwise) or named settlements made within an area that was already part of a U.S. state or territory that did not involve international treaties or Native American cessions or land purchases. 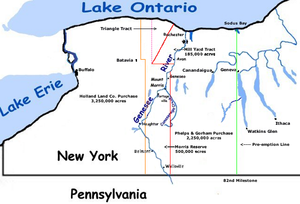 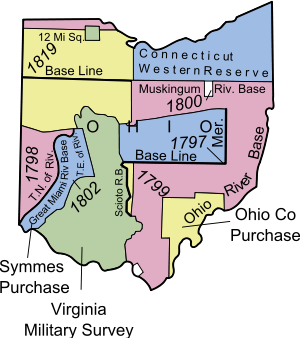 Map of the Ohio Lands 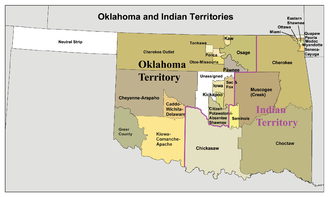 Oklahoma Territory and Indian Territory, along with No Man's Land (also known as the Oklahoma Panhandle). The division of the two territories is shown with a heavy purple line. Together, these three areas would become the State of Oklahoma in 1907. 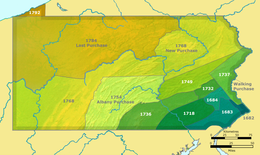 These entities were sometimes the only governmental authority in the listed areas, although they often co-existed with civil governments in scarcely populated states and territories. Civilian administered "military" tracts, districts, departments, etc., will be listed elsewhere.

During the American Civil War, the Department of the Pacific had six subordinate military districts: 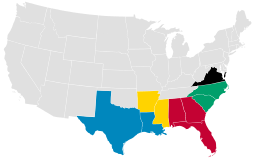 Post-Civil War Military Districts were set up to aid in the repatriation process of the southern states during " Reconstruction". 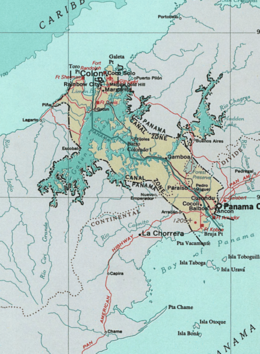 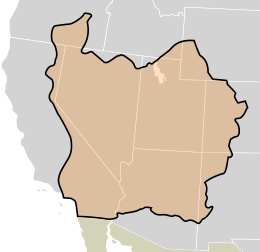 The boundaries of the State of Deseret, as proposed in 1849

These "territories" had actual, functioning governments (recognized or not):

Animated Map of Secession and Repatriation of the Confederacy, 1860–1870 (click on map to begin animation)

These are functioning governments created as a result of the attempted secession of the Confederacy during the American Civil War (1861–1865). Some were enclaves within enemy-held territories:

These were regions disassociated from neighboring areas due to opposing views:

These entities have been proclaimed (or have existed de facto) in the past, but have never had an elected, recognized, or functioning government: 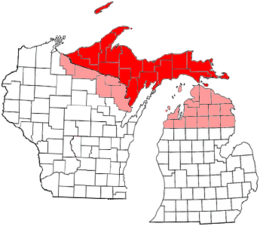 The failed State of Lincoln, with its proposed 1868 boundaries
See also: Category:Proposed states of the United States.

These are state or territorial proposals actually brought to either a congressional, legislative or popular vote, but which never became a functioning entity:

These are failed state or territorial proposals whose establishment proposals never were voted on, or never made it out of committee: 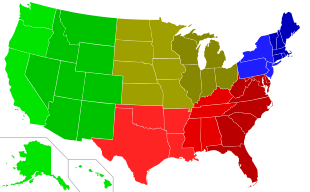 Belts are loosely defined sub-regions found throughout the United States that are named for a perceived commonality among the included areas, which is often related to the region's economy or climate.