Secretary of State of Texas 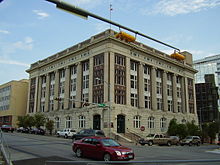 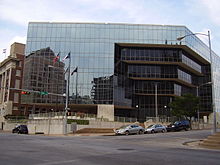 The Texas secretary of state is one of the six members of the executive department of the state of Texas, in the United States. Under the Texas Constitution, the appointment is made by the governor, with confirmation by the Texas Senate. Ruth Ruggero Hughs is the incumbent secretary of state.

The secretary of state is the chief elections officer, the protocol officer for state and international matters, and the liaison for the governor on Mexican and border matters. [2]

The secretary of state offices are in the James Earl Rudder State Office Building at 1019 Brazos Street in Austin; the main building handles business and public filings, statutory documents, administrative code open meetings, and the UCC. The SOS elections office is on the second floor of the James Earl Rudder Building. [3] The executive offices are in Room 1E.8 in the Texas State Capitol. [4] [5] [6]

Under the Texas Constitution the secretary of state is, with the governor, the lieutenant governor, the Texas comptroller of public Accounts, the commissioner of the Office of General Land and the attorney general, one of the six members of the Executive Department. Of these offices all are elected by the voters in statewide elections except the secretary of state, who is nominated by the governor and confirmed by the senate.

Main article: List of Secretaries of State of Texas

The first secretary of state of the Republic of Texas, Stephen F. Austin, was appointed by Texas president Sam Houston in 1836. [9]

Since then, Texas became a state of the United States in 1845 and there have been 109 secretaries of state.