The One Hundred Fourteenth United States Congress was a meeting of the legislative branch of the United States federal government, composed of the United States Senate and the United States House of Representatives. It met in Washington, D.C. from January 3, 2015, to January 3, 2017, during the final two full years of Barack Obama's presidency. The 2014 elections gave the Republicans control of the Senate (and control of both houses of Congress) for the first time since the 109th Congress. With 248 seats in the House of Representatives and 54 seats in the Senate, this Congress began with the largest Republican majority since the 71st Congress of 1929–1931.

President Barack Obama gave the State of the Union Address on January 20, 2015 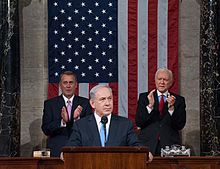 Secretary of State John Kerry, Secretary of Energy Ernest Moniz, and Secretary of the Treasury Jack Lew defended the Joint Comprehensive Plan of Action at a hearing of the Senate Foreign Relations Committee on July 23, 2015 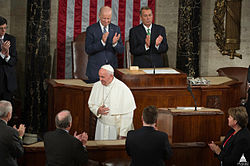 Resignations and new members are discussed in the "Changes in membership" section, below. 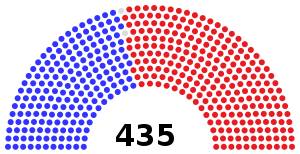 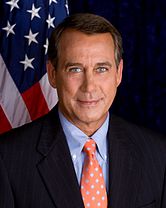 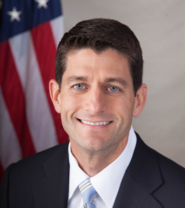 There were no changes in Senate membership during this Congress.

See also: List of special elections to the United States House of Representatives

Source: "Officers and Organizations of the House". House.gov. US House. Retrieved January 26, 2015.