Karen Lorraine Jacqueline Speier [1] ( /spɪər/; born May 14, 1950) is an American politician who currently serves as a U.S. Representative for California's 14th congressional district, serving in Congress since 2008. She is a member of the Democratic Party. The district, numbered as the 12th District from 2008 to 2013, includes the northern two-thirds of San Mateo County and the southwest quarter of San Francisco. She represents much of the territory that had been represented by her political mentor, Leo Ryan. In 1978, while working as his aide, Speier survived five gunshot wounds she received when Ryan was assassinated during the Jonestown massacre. [2]

Speier was a member of the California State Senate, representing parts of San Francisco and San Mateo counties. On April 8, 2008, she won the special election for the vacated United States House of Representatives seat of the late Congressman Tom Lantos. [3]

A Caltrain Express locomotive is named in her honor. [4]

Speier was born in 1950 in San Francisco, and grew up in an apolitical family, the daughter of Nancy (née Kanchelian) and Manfred "Fred" Speier (German: [ˈʃpaɪ̯ɐ]). [5] Her mother, who was born in Fresno of Armenian descent, lost most of her extended family in the Armenian Genocide, while her father was an emigrant from Germany. [6] He was the son of a Jewish father and a Catholic mother. [7] Speier took Jacqueline as her confirmation name after Jackie Kennedy. [2] She is a graduate of Mercy High School in Burlingame. She earned a B.A. degree from the University of California, Davis, and a J.D. degree from the University of California, Hastings College of the Law in 1976. [8]

Speier's first marriage was to Dr. Steven Sierra, an emergency-room doctor, in 1987. [9] In 1988, they had a son Jackson Kent, while she was serving as a member of the California State Assembly. [2] Sierra died in a car accident in 1994 at the age of 53. At the time, Speier was two months pregnant with their second child, a daughter she named Stephanie. [2] 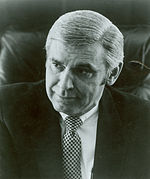 Speier entered politics by serving as a congressional staffer for Congressman Leo Ryan. Speier was part of his November 1978 fact-finding mission organized to investigate allegations of human-rights abuses by Jim Jones and his Peoples Temple followers, almost all of whom were American citizens who had moved to Jonestown, Guyana, with Jones in 1977 and 1978. [2]

Several Peoples Temple members ambushed the investigative team and others boarding the plane to leave Jonestown on November 18. Five people died, including Congressman Ryan. While trying to shield herself from rifle and shotgun fire behind small airplane wheels with other team members, Speier was shot five times and waited 22 hours before help arrived. [11] That same day, over 900 remaining members of the Peoples Temple died in Jonestown and Georgetown in a mass murder-suicide.

Speier's political career began with an unsuccessful run to fill the vacancy caused by the death of Congressman Ryan (the seat she holds now). [2] She lost the Democratic primary to another former Ryan staffer, G. W. "Joe" Holsinger. He lost the special election to the Republican candidate Bill Royer, San Mateo County Supervisor, [12] who would serve the remaining 21 months of the term before losing to Tom Lantos.

Speier won her first election in 1980, when she ran for the San Mateo County Board of Supervisors and defeated a 20-year incumbent. At the time, she was the youngest person ever elected to the board. She was reelected in 1984, and was later selected as chairwoman. [11]

In 1986, midway through her second term on the Board of Supervisors, Speier ran for the California State Assembly from a district in northern San Mateo County. She won by a few hundred votes. She was reelected four more times, the last time as the nominee of both the Democratic and Republican parties. [13]

Speier while serving in the California state senate

Candidate for Lieutenant Governor of California

In 2006, Speier ran in the Democratic primary for Lieutenant Governor of California against insurance commissioner John Garamendi and state senator Liz Figueroa. In the June 6, 2006 elections, Garamendi defeated Speier in a close race. Garamendi received 42.5%, Speier received 39.7%, and Figueroa received the remaining 17.8% of the vote. [16]

Member of the U.S. House of Representatives

On January 13, 2008, Speier announced she was running in the Democratic primary for the 12th District, Ryan's old district. The seat was being vacated by 14-term incumbent and fellow Democrat Tom Lantos, who announced on January 2, 2008, that he was not seeking re-election. Speier had spent much of 2007 building support to challenge Lantos in the Democratic primary. [18]

Lantos died February 11, 2008. Speier won a special primary election on April 8, 2008 to fill the remainder of his term, which ended in January 2009. She won an outright majority, avoiding a runoff that would have been held on June 3, coinciding with the regular primary election. [19] She was elected to a full term in November with 75 percent of the vote and has been reelected three more times with no substantive opposition.

On July 11, 2008, Speier introduced her first bill, the Gasoline Savings and Speed Limit Reduction Act, which would set a national speed limit of 60 mph in urban areas and 65 mph on less-populated stretches of highway. [20]

In January 2016, during a speech on the House floor Speier announced that she would introduce legislation requiring schools to disclose disciplinary proceedings of faculty. [21]

On August 16, 2017, Speier advocated for the use of the 25th Amendment to the U.S. Constitution to remove President Trump from office because of erratic behavior and mental instability "that place the country in great danger", [22] following his response to the Unite the Right rally in Charlottesville, Virginia, and dealings with North Korean dictator Kim Jong-un. [23]

In September 2016, Speier proposed a bill to stop sexual abuse and harassment of women in STEM fields known as the Federal Funding Accountability for Sexual Harassers Act. [24]

On October 27, 2017, Speier, as part of the #MeToo movement, posted a video sharing her experience with sexual harassment on Capitol Hill. [25] She said that when she was in her 20s a chief of staff for Representative Leo Ryan, "kissed me and stuck his tongue in my mouth." Speier called the United States Congress a breeding ground for a hostile work environment and she called for more sexual harassment training. [26]

Speier is a critic of the F35 Joint Strike Fighter Program. She has been quoted in CNN: "To continue pouring money into building planes that have ejector seat issues, cyber vulnerabilities, flawed aerodynamics, maintenance problems, an inability to fly at full speed while using weapons, and overheating issues is borderline malfeasance." [28]

Speier supports legal abortion. When she took the National Political Awareness Test in 2002, she answered, "Abortions should always be legally available." [29] The organization NARAL Pro-Choice America rated Speier as 100% on interest group ratings because she supported the choice of abortion in her voting for legislation. [30] Also, in 2008 the Planned Parenthood Organization gave Speier a 100% on her actions regarding abortion. [29] In a speech on the House floor on February 17, 2011, Speier said that she herself had undergone an emergency D&E procedure when complications developed in a wanted pregnancy. [31] [32] [33]

Speier believes in stricter gun control. According to her answers on the NPAT ( National Political Awareness Test) she would like to require safety locks on all guns and background checks on prospective buyers as well as ban certain guns (other than for hunting) and strengthen state restrictions on buying and owning guns. [29] Gun Owners of America gave her an "F" grade and the Brady Campaign to Prevent Gun Violence and the Jack Berman Advocacy Center gave her a 100% rating. [29] [30] The National Rifle Association (NRA) and Gun Owners of California also gave Speier a low grade on gun rights. [29]

Speier is concerned for the protection of the environment and wants to preserve the health of this planet. She lists as evidence the decline of salmon on the West Coast as proof of global warming. [34] Speier believes global warming poses a growing danger and negatively affects the environment. When she spoke to the House on the subject of global warming and the environment, she expressed a desire "to craft a bipartisan and commonsense energy plan that makes polluters pay, provides for middle-class energy tax credits, and creates a new industry and lots of good, clean, green jobs". [35] Speier is working to improve energy legislation with the Clean Air Rebate Act of 2009, the Home Star Act and the American Clean Energy and Security Act. [36] [37]

Speier introduced legislation to enhance information sharing between the Transportation Security Administration and participating mass transit agencies in high-risk jurisdictions. The goal of this expanded relationship would be to thwart terrorist attacks against high-profile transit targets. [38] [39]

Speier supports same-sex marriage. She is a member of the LGBT Equality Caucus. [40]

Speier was one of 32 members of Congress to co-sign a letter of October 8, 2015, to the TSA requesting a reform in screening policies and procedures for transgender travelers. [41]