From Wikipedia, the free encyclopedia
(Redirected from Ecuadorian American)
Americans of Ecuadorian birth or descent 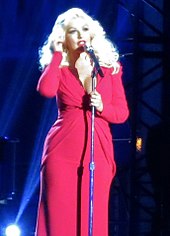 Before 1965, national quotas on immigrants favored more European immigration than Latin American immigration. After 1965, changes in immigration law made it easier for Latin Americans and other foreign groups to emigrate to United States. In addition, the price of air travel lowered making immigration more accessible to Latin Americans. They were drawn to the U.S. for economic opportunities and political freedoms.

Another factor in Ecuadorian emigration was the 1964 Ecuadorian land reform. This improved the lives of many Ecuadorian poor, but also had far-reaching and unpredictable consequences.[ citation needed] Many new small landowners were forced to sell their land.[ citation needed] Many landowners abandoned their land and migrated to countries like Spain, Venezuela, and the United States. In the early 1980s, Ecuadorian emigration also saw a spike as oil prices fell due in part by the 1980s oil glut. The reduced demand for oil following the 1970s energy crisis caused for a surplus of crude oil. This resulted in Ecuador suffering an economic recession, as oil accounted for the country’s largest and main source of revenue. Another cause of Ecuadorian emigration was the El Niño event during 1982-1983. Other resources existing within Ecuador were severely damaged due to the extreme climate conditions caused by El Niño, which included floods, landslides, and torrential rains. Their fishing industry, another source of revenue, especially suffered due to a failed anchovy harvest and sardines unexpectedly moving south toward Chilean waters.

The passage of the Immigration Reform and Control Act of 1986 also was a factor in Ecuadorian emigration. It provided legal status to undocumented immigrants who arrived prior to 1982. This provided nearly 17,000 Ecuadorian immigrants with legal residency status, which allowed for them to reside in the United States permanently. This became a major source of family-sponsored Ecuadorian migration to the country. Emigration again peaked in the political turmoil of 1996-97 and the national banking crisis of 1998-99. This turmoil placed seventy percent of Ecuadorians below the poverty line by 1997.

Most immigrants who live in the United States send money home. Many immigrants get American citizenship, others simply are legalized, while other groups live illegally, crossing the border from Mexico or entering by boat from Puerto Rico. Ecuadorian Americans come from every part of Ecuador. During the 1970s, most of the Ecuadorians came from the northern and central highlands, including the area around Quito.

In 2008, the Great World Recession made for a decline in Ecuadorian emigration. This event also hindered two of Ecuador’s major cash flows: remittances and exports. To aid in the country's recovery, Ecuadorian President Rafael Correa implemented the Welcome Home Plan. The plan fights unemployment and serves to boost the economy by encouraging migrants to come home through various ways, including aiding returnees in their own business ventures. [11] 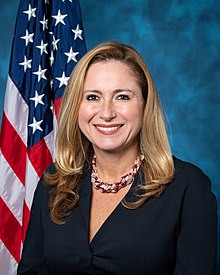 Ecuadorians had been sewing straw hats ever since the 16th century with the introduction of the Spanish Elites, it was not until 1835 when Manuel Alfaro would start an exportation business that would increase Ecuador's GDP. The success of selling and trading goods relies heavily on a country's location and at the time Ecuador was not a busy stop for travelers. Business people realized that a few miles north, a very busy stop for travelers seeking to go west during the California Gold rush; Panama. One of the only few ways to go west from the east coast or Canada fast and safe was to travel by sea to Panama, cross Isthmus and continue your journey through boat again. [12] Panama became the location where manufactures from Ecuador, specially in the region of Cuenca would export their hats, making Cuenca a Hat industry. A fond importer and buyer of these Hat was the United States, specifically New York. Usually women were in charge of weaving the hats and men were in charge of the business side. Although the hats were very beautifully hand crafted and took months of manufacture, imitations at a cheaper price joined the competition and fashion trends started to change, decreasing the demand for them, thus leading to the decline of the Panama Hat Trade in 1950s, and 1960s. This heavily affected the working class that actually weaved the hats and the elites whom ran the exportation sites. Laborers had to migrate out of their isolated region in hopes to find job opportunities. A wave of Ecuadorians emigrated to New York City through the same connections established during the Hat trade, they were known as "pioneer migrants".

Nina Vaca chairperson and CEO of Pinnacle Group, which was named the Fastest-Growing Women-Owned Business in the United States.

Migration to New York was very regionally focused in Ecuador, due to the Ecuadorians high economic reliance on the revenue that the exportation industry created, which was only in Cuenca and Azuay. [13] Ecuador was so involved in this type of economic system because of the impact of pre and post Spanish colonial rule, and thus instead of exporting hats they started to export their own people. When the pioneer migrants reached NYC their families and friends joined as well, leading to a mass out migration in duding the 1980s, and 1990s after the 1980 economic crisis that left a majority of Ecuadorians, even those living in the urban areas unemployed. [13] The exportation of people was facilitated by the only way that Ecuadorians knew, with the help of intermediary guides, who would provide finical needs, foraged papers, and other necessary services in their host countries. These intermediaries, known as "tramitadores," would profit through high interests imposed on prices for the journey to the states typically ranging from $6–10,000 with 10-15% interest, and Ecuador as a whole benefited from remittances sent back. [13] So far in 2019, 780 million of Ecuador's GDP is accounted through remittances which is the second highest source of revenue. Ecuadors regional migration industry is much like the Panama Hat industry in the sense that only a few members run the operation, where the tramitadores were members of one family in an Azyuan town and money lenders as well [13]

In 2000, 400,000 Ecuadorians joined the other 1 million already residing in United States. Today stricter immigration policies are in effect forcing Ecuadorians that are already here to stay permanently. This transnational migration of Cuenca and New York City continues today. Ecuadorians are the third largest Latin American group in the New York City and New Jersey Area. Of all the Ecuadorians the migrate to the U.S, 62 percent of them reside in NYC as of 2005 research. [14]

In 1964 Ecuador passed the Land Reform, Idle Lands, and Settlement Act. The law was an attempt to end the feudal system that had existed in the Sierra for centuries. It redistributed land from absentee landlords to the peasants who farmed it. The law set the minimum amount of land to be granted in the redistribution at 4.8 hectares. [15] However, the land redistributed to the peasant farmers was of terrible quality. It was mountainous, unfertile land and often just barely larger than the minimum required amount of land. The large farm owners kept the fertile valley land for themselves. The peasant farmers who received these small plots of land, called minifundios, received little to no government assistance. In spite of these difficulties, however, by 1984 over 700,000 hectares had been distributed to 79,000 peasants. Distribution of the land remained highly unequal. In 1982, 80 percent of the farms consisted of less than ten hectares; yet these small farms accounted for only 15 percent of the farmland. [15] While the Land Reform Act improved the lives and working conditions of many poor Ecuadorian farmers, it shook the country and made it unstable. The system that had been in place for so long had been remodeled and forced many of these farmers to sell their land due to lack of credit and experience. The peasant farmers left the land their forefathers had farmed for generations and headed to Venezuela and the United States.

The New York City Metropolitan Area is home to the largest Ecuadorian population in the United States, by a significant margin. [4]

Queens County's percentage of Ecuadorians is about 4.7%, and it has the largest Ecuadorian community of any county in New York and in the United States, numbering just about 101,000 in 2010. Ecuadorians are the 2nd largest South American Latino group in New York City as well as in the State of New York. [16]

Ecuadorians are the fifth largest Latino group in New York after Puerto Ricans, Dominicans, Colombians, and Mexicans. Ecuadorians also constitute Queens County's 2nd largest Latino group. Another New York group of Ecuadorians live in the Bronx, in the Morris Heights and Highbridge neighborhoods north of Yankee Stadium. Still other Ecuadorian neighborhoods are situated in Brooklyn; in New Jersey cities such as Newark and Jersey City; and in towns in Connecticut. [16]

The U.S. state with the smallest Ecuadorian population (as of 2010) was North Dakota with 55 Ecuadorians (less than 0.1% of state population).

The largest Ecuadorian populations are found within these areas (Source: Census 2010)

US communities with high percentages of people of Ecuadorian ancestry

The top 25 US communities with the highest percentage of people claiming Ecuadorian ancestry (as of the 2000 census, 2010 numbers in parenthesis) are: [18]

U.S. communities with the most residents born in Ecuador

The top 25 U.S. communities with the most residents born in Ecuador are: [19]