From Wikipedia, the free encyclopedia
(Redirected from Moroccan American)

Moroccan Americans are Americans of Moroccan ancestry, as well as people who have dual Moroccan and United States citizenship.

Moroccan presence in the United States was rare until the mid-twentieth century. The first North African who came to the current United States was probably Estebanico Al Azemmouri (also called Estevanico), a Muslim Moroccan of Gnawa descent[ citation needed] , who participated in Pánfilo de Narváez's ill-fated expedition to colonize Florida and the Gulf Coast in 1527. Only Azemmouri and three of his comrades survived during the eleven year, 5,000 mile journey from Florida to Texas. [2] In 1534, they crossed the southern from United States until Arizona, being also, more later, one of four men who accompanied Marcos de Niza as a guide in search of the fabled Seven Cities of Cibola, preceding Coronado. [3] He was the first explorer who entered an Indian village. [2]

It is also possible that some South American descendants of Sephardic Jews from Morocco emigrated to the U.S. in the early twentieth century, after the decline of the rubber industry in South America in 1910, to which their families had been dedicated for generations. After World War II, some groups of Sephardic Jews from Morocco emigrated to the United States, fleeing poverty in North Africa. Most of them settled in previously established Sephardic Jewish communities from Spain, Turkey, or the Balkans. [4] After Moroccan independence in 1956, many of their best young researchers left to study at American universities, joining scientific faculties. [5] Arab Moroccans, however, did not arrive to the United States in significant numbers until the late 1970s. 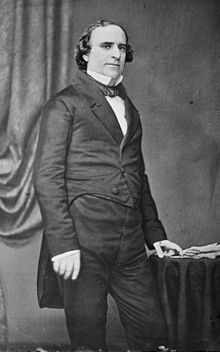 The 1990 U.S. census counted only 21,529 foreign-born Moroccans residing in the United States; 15,004 respondents to the census listed Moroccan as their first ancestry, while 4,074 listed it as their second ancestry.[ citation needed] In 1990 there were about 15,000 Moroccan Americans, with most of them being in New York City. [6]

In the late 1990s, Morocco experienced problems typical of developing nations: high government spending and inflation, a huge external debt, limited access to health care, poor housing and living conditions, and high unemployment. Morocco experienced an unemployment rate of 16 to 20 percent. Moroccan citizens began migrating during this period to relieve the high unemployment rate. Most migrants attempted to enter France, Italy, and Spain. But by the end of the 1990s, the European Union began limiting visas for North Africans and barring illegal migrants from entering Europe. Moroccans with higher levels of job skills were able to consider emigration to the United States.[ citation needed] To escape their country's high unemployment rate, Moroccans who immigrated to the United States typically had more education and better job skills.

As of the 2000 U.S. Census 38,923 Americans stated they were of Moroccan descent. About half of Moroccan immigrants arrived during or after 2000, a higher proportion than is found among U.S. immigrants overall, and the majority are U.S. citizens. [7] As of 2009, 27,000 Moroccans (about 70% of the entire Moroccan American community) had immigrated between 1992 and 2002, with most of the Moroccan Americans living in large urban areas. [6] By 2015, there were approximately 84,000 Moroccan immigrants and their children (first and second generations) living in the United States.These numbers, however, are very approximate: surveys and censuses regularly leave out representatives of ethnic and/religious minorities who, for various reasons, prefer not to be identified with the country of their origin. [8]

The vast majority of Moroccan Americans practice Islam. Most Moroccans are Sunni Muslims of the Malaki madh'hab. Morocco has historically allowed women a degree of freedom relatively high in the Islamic world. [9]

Moroccans in New York City established the Islamic Mission of America for the Propagation of Islam and Defense of the Faith and the Faithful, the second mosque in New York. [6]

The traditional headgear for Moroccan men is the fez, a close-fitting red felt hat with a flattened top and a tassel. The fez is common throughout the Islamic world but it is thought to have originated from Morocco. It is also referred to as tarbush, checheya and phecy. [10]

In earlier years, Moroccan women wore traditional clothing and in some cities, women covered their faces in public, in similar fashion to other Muslim countries. However, in the fifties, this custom started gradually disappearing in urban parts of the country. [10]

Family dynamics originates from a patriarchal culture, with the husband accorded power and the wife relegated to a subordinate status. Families tend to be large because of religious attitudes towards birth control. Among Moroccan American families, many women work outside the home and balance their career with family obligations. Though women tend to enter traditionally "feminine" professions, such as teaching, increasing numbers are training in more competitive fields, such as computer science or business. [4]

Tingis is a Moroccan American magazine which highlights cultural concerns, ideas, and issues of Moroccan Americans. It works against prejudice and cultural divisions, building and expanding bridges between the U.S. and Morocco. [11]

There are some important organizations created mainly by Moroccans (and Algerians) Americans in Chicago, whose function is to help newly arrived immigrants to the United States. These arose in the 1990s. Of these organizations must be emphasized the Assembly of the Maghreb. This assembly has tried to help new immigrants from North Africa to adapt to American life and maintain, in turn, the principles of Sunni Islam. Because most North African immigrants in Chicago have not been associated closely with the Muslim Middle East, the North Africans come together as a common community. Often, in relation to the area of the mosque, the organization has taught job skills, English language, the importance of Sirat al-Mustaqim and moderation, among other things. Have been trained women to balance paid work with traditional household chores. [12] Religious activities, such as collective prayer and the feasts of Ramadan, have been important in unifying Moroccans and other North African Muslim groups in Chicago. [5]

Other Moroccan American associations are: the Moroccan American Community Organization (that establishes respect and knowledge of Moroccan culture), [13] The Moroccan American House Association, [14] Association of Moroccan Professionals in America (AMPA), [15] Moroccan American Association of Northern California (MAANC, a non-profit organization that helps families of Moroccan origin living in Southern California in the areas economical, psychological and cultural adjustment, improving the quality of services to Moroccan immigrants, fast integration, and establish educational and cultural programs to try to keep the Moroccan culture in the community), [16] Washington Moroccan Association (WAMA, localized in Seattle - Tacoma Metropolitan are establishing ties between Morocco and the United States, increased understanding of Moroccan culture and history of the community, charitable, educational and civic organizations on behalf of their members and build relationships with other organizations with similar functions, in the Arab community of Washington state) [17] and Moroccan Society of Houston (Moroccan USA association NGO- its main goal is coordina social, cultural, and sport activities to maintain and strengthen the community's cultural heritage, and to "enhance mutual understanding" with other communities. In addition, they have a scholarship fund to help students with their college education expenses). [18] 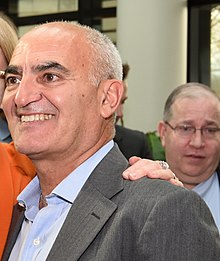 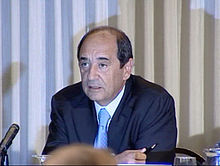 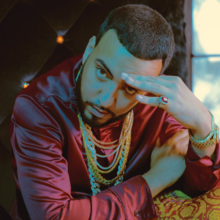