From Wikipedia, the free encyclopedia
(Redirected from Demographic profile of New York City)
Aspect of history 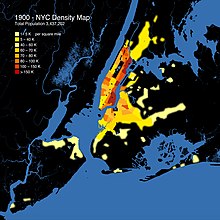 The racial and ethnic history of New York City has varied widely; from its sale to the Dutch by Native American residents, to the modern multi-cultural period.

New York City has had a largely white population, and most foreign born immigrants to the city before the end of World War II were from Europe. However, this changed in the decades after World War II, when all of the boroughs became more diverse, and when immigration from places outside Europe was increased largely due to the Immigration and Nationality Act of 1965. 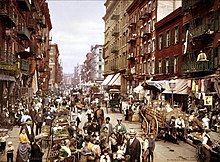 Little Italy in Manhattan around 1900. 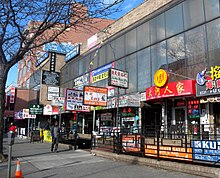 The Chinatown in Elmhurst, Queens.

An historic house in Staten Island.