The Southern Pacific legacy founded hospitals in San Francisco, Tucson, and elsewhere[ where?]. In the 1970s, it also founded a telecommunications network with a state-of-the-art microwave and fiber optic backbone. This telecommunications network became part of Sprint, a company whose name came from the acronym for Southern Pacific Railroad Internal Networking Telephony. [1]

As locomotives are being restored, some pacific type 4-6-2 locomotive boilers show signs of having been painted dark green. The soft cover book "Steam Glory 2" by Kalmbach Publications (2007) has an article "Southern Pacific's Painted Ladies" which shows color photos from the 1940s and 1950s revealing that a number of SP 0-6-0 yard engines, usually assigned to passenger terminals were painted in various combinations with red cab roof and cab doors, pale silver smokeboxes and smokebox fronts, dark green boilers, multi colored SP heralds on black cab, green cylinder covers and other details pointed out in color. Some other SP steam passenger locomotives may have been so painted, or at least had dark green boilers. The article indicates that these paint jobs lasted years and were not special paint for a single event. 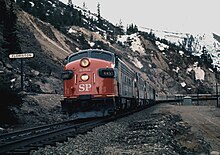 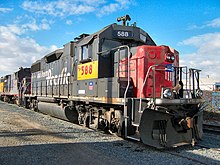 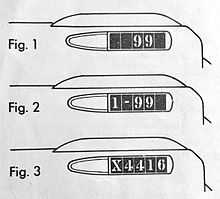 A list of numbering styles of the Southern Pacific 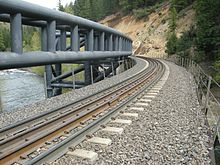 Site of the 1991 spill. The guardrail on the left was constructed after the spill.

The chemical plume left a 41 miles (66 km) wake of destruction from the spill site to the entry point of the river into Shasta Lake. [19] The accident still ranks as the largest hazardous chemical spill in California history. [18] At the time of the incident, metam sodium was not classified as a hazardous material.