Dalton is a city and the county seat of Whitfield County, [5] Georgia, United States. It is also the principal city of the Dalton Metropolitan Statistical Area, which encompasses all of Murray and Whitfield counties.

Dalton is home to many of the nation's floor-covering manufacturers, primarily those producing carpet, rugs, and vinyl flooring. Like most towns that predate the Civil War, Dalton and the surrounding area saw skirmishes during the conflict. It is home to the Northwest Georgia Trade and Convention Center, which showcases the Georgia Athletic Coaches' Hall of Fame and hosts a variety of events.

The median income for a household in the city was $34,312, and the median income for a family was $41,111. Males had a median income of $28,158 versus $23,701 for females. The per capita income for the city was $20,575. About 11.9% of families and 16.0% of the population were below the poverty line, including 19.0% of those under age 18 and 8.9% of those aged 65 or over. After the lay-offs companies like Mohawk Industries paid workers with twenty years seniority a "small severance package." [9] Unlike other developed countries, the United States lags behind significantly "in providing support for families who lose their jobs." [10]

The Creative Arts Guild is the oldest multi-disciplinary community arts center in the state of Georgia. Founded in 1963 by a group of civic leaders, the Creative Arts Guild began as a grass-roots community movement originally housed in the Old Firehouse on Pentz Street in historic Downtown Dalton. The Guild began offering art, music, dance and theatre classes as well as gallery shows and exhibitions. As programming and class attendance grew, plans for a larger facility were developed. In 1981, the Guild moved to its permanent home at 520 West Waugh Street. The vision of that small group of patrons has grown into an organization that now houses four educational departments (visual art, dance, gymnastics, and music) as well as the Arts in Education outreach programs, events, gallery exhibits, music and dance concerts and recitals and acts as a hub of culture for North West Georgia and South East Tennessee. [16]

Artistic Civic Theatre has served the Northwest Georgia community for twenty-four years, and has reached thousands of citizens through major musical, comedy, and drama productions, ACT2 (the children's wing), student productions in cooperation with schools in Dalton, Whitfield, and Murray counties, touring productions of original adaptations of classic fairy tales, theatrical arts classes co-sponsored with the Creative Arts Guild, the annual Youth Theatre Camp, and the Studio Cabaret live music series. ACT's programs are funded through individual and family memberships, as well as corporate sponsorships and donations. Consider becoming a member or corporate sponsor and help us continue to provide theatrical arts opportunities, entertainment, and educational programs to the Northwest Georgia Community. [17]

Dalton Little Theatre held its first documented performance in 1869. The organization began as the Dalton Amateurs and continued as the Sophoclean Dramatic Club, and the Dalton Players, before becoming Dalton Little Theatre in 1955. The theatre has performed continuously except for breaks during World War I and World War II. The organization formally incorporated in 1958 and found its first home in 1981 when it converted the former firehouse built in 1888 into the Firehouse Theatre. The Firehouse Theatre is often referred to as the Old Dalton Firehouse, and it remains the home of Dalton Little Theatre to this day. [18]

Woodland Indians and Creek Nation held the area of present-day Dalton, Georgia until the mid-18th century, when the Cherokee forced the Creek out of their homelands, to the west and south. The Cherokee Indians called the mountains of north Georgia their "Enchanted Land" until their own forced removal in 1838.

By the time the last Cherokees had left, work was underway for a railroad, the Western and Atlantic (W&A), to join the Tennessee River with the Georgia Railroad then under construction. In 1847, Dalton was defined as a mile radius from the city center, the Western and Atlantic Depot. The final segment of this pivotal railway was completed in Tunnel Hill, Whitfield County in 1850. A second railroad, East Tennessee and Georgia, was completed in 1852.

Catherine Evans Whitener's revitalization of the pre-Civil War-era craft of candlewicking gave rise to a cottage chenille bedspread industry. Homes along U.S. Highway 41 displayed brightly patterned homemade bedspreads on front yard clotheslines in hopes of luring tourists into a purchase. The stretch of highway passing through Whitfield County became known colloquially as "Peacock Alley" in reference to one of the most common patterns depicted on the bedspreads. The bedspread business boomed to a multimillion-dollar industry by the 1950s, and from this early origin, the carpet tufting industry grew in Dalton after Glenn Looper developed an adaptation that allowed the mechanism used to tuft yarn into muslin or cotton for bedspreads to tuft into jute, shifting the nation's carpet manufacturers from woven wool products in the northeast to tufted synthetic carpets in northwest Georgia. Today, carpet mills remain the region's major employers and economic drivers.

Dalton was named for Tristram Dalton of Massachusetts. [20]

During the Civil War, Dalton saw its first action during the Great Locomotive Chase, on April 12, 1862.

More than a year later, on September 18–20, 1863, massive Union and Confederate forces battled a few miles west of Dalton at the Battle of Chickamauga, and later during the Chattanooga campaign. The war came to Whitfield County in the spring of 1864. The First Battle of Dalton included the battle of Rocky Face Ridge and Dug Gap began on May 7, 1864, and ended when General Johnston completed his withdrawal from Dalton on May 12.

The U.S. government recently declared Dalton and Whitfield County to have more intact Civil War artifacts than any other place in the country. [21] Also of interest is the site of the historic Western & Atlantic Railroad Station; one of the few still standing and restored to its original architectural state, this site used to be the location of the Dalton Depot Restaurant (closed since 2015). The steel center marker for the original surveying of the city of Dalton is still inside the depot. [22]

The agglomeration of the carpet industry in Dalton can be traced back to a wedding gift given in 1895 by a teenage girl, Catherine Evans Whitener, to her brother, Henry Alexander Evans, and his bride, Elizabeth Cramer. The gift was an unusual tufted bedspread. Copying a quilt pattern, she sewed thick cotton yarns with a running stitch into unbleached muslin, clipped the ends of the yarn so they would fluff out, and finally, washed the spread in hot water to hold the yarns by shrinking the fabric. Interest grew in young Catherine's bedspreads, and in 1900, she made the first sale of a spread for $2.50. Demand for the spreads became so great that by the 1930s, local women had "haulers," who would take the stamped sheeting and yarns to front porch workers. Often entire families worked to hand-tuft the spreads for 10 to 25 cents per spread. Nearly 10,000 area cottage "tufters," men, women, and children were involved in the industry. Income generated by the bedspreads was instrumental in helping many area families survive the Depression. Chenille bedspreads became popular all over the country and provided a new name for Dalton: the Bedspread Capital of the World. [25]

When a form of mechanized carpet making was developed after World War II, Dalton became the center of the new industry because specialized tufting skills were required and the city had a ready pool of workers with those skills. [26]

By the 1970s manufacturers had begun to develop techniques to move from plain tufted carpet to sculpted carpet. Improved patterning, stain and wear resistance, and colors have made the modern tufted carpet the choice for functional carpet for the vast majority of homes and moved woven carpet to a decorative role. [24]

From June 2011 to June 2012 as carpet mills that had employed thousands restructured, downsized, cut back productivity and closed, Dalton lost 4,600 jobs—according to the U.S. Labor Department—making it the city with the worst job loss in the United States. [27]

Dalton's carpet production has taken up to one-third of the Conasauga River summer water flow. The river and city water supply has been contaminated with perfluorinated compounds used to make carpets stain-resistant. [29] [30] Dalton Utilities' has processed wastewater using a land application system, that spread effluent on more than nine thousand forested acres in an area called Looper's Bend. Runoff was found to drip down into the river. [31]

The Dalton City School District holds pre-school to grade twelve, and consists of six elementary schools, a middle school, a high school, and an alternative school. [32] The district has 366 full-time teachers and over 5,739 students. [33] 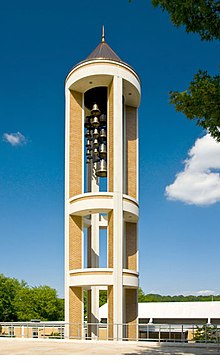 Dalton Municipal Airport, a general aviation airport, lacking scheduled commercial flights, is southeast of the city. International airports are in Chattanooga to the north and Atlanta to the south.