Leverett A. Saltonstall (September 1, 1892 – June 17, 1979) was an American lawyer and politician from Massachusetts. He served three two-year terms as the 55th Governor of Massachusetts, and for more than twenty years as a United States Senator (1945–1967). Saltonstall was internationalist in foreign policy and moderate on domestic policy, serving as a well-liked mediating force in the Republican Party. He was the only member of the Republican Senate leadership to vote for the censure of Joseph McCarthy. 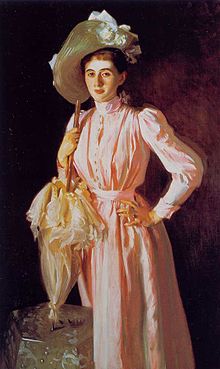 He was educated at the private Noble and Greenough School, [6] and then attended the Evans School for Boys in Mesa, Arizona, an upper-crust ranch school, along with Nicholas Roosevelt, nephew to family friend Theodore Roosevelt. [7] He then entered Harvard, graduating in 1914, and graduated from Harvard Law School in 1917. [2] He was active in varsity sports at Harvard, notably serving as captain of the Junior Varsity crew team that won the prestigious Grand Challenge Cup at the Henley Royal Regatta in 1914 – the first American crew ever to do so. [8] He also played football and hockey, [9] scoring a dramatic overtime goal in a 1914 win over the legendary Hobey Baker's Princeton team. [10]

Military service and entry into politics

After graduation, Saltonstall entered the United States Army. [2] He served as a first lieutenant in the 301st Field Artillery Regiment in the 76th Division in World War I, spending six months in France. He was discharged in 1919, [11] and then entered the law firm of his uncle. [2]

Saltonstall, a socially progressive Republican, entered politics as an alderman in Newton, Massachusetts, serving from 1920 to 1922, while simultaneously serving as second assistant district attorney of Middlesex County under his uncle, Endicott Peabody Saltonstall, from 1921 to 1922. He was elected to the Massachusetts House of Representatives that same year; there he rose to the position of Speaker of the House, which he held from 1929 to 1937. [2]

In 1930 Saltonstall became a compatriot of the Massachusetts Society of the Sons of the American Revolution.

In 1936, Saltonstall decided to seek the Republican nomination for Governor of Massachusetts. In the party convention, conservative forces prevailed in securing the nomination for John W. Haigis. Saltonstall's friends were able to engineer his nomination for Lieutenant Governor. Both Haigis and Saltonstall were defeated by their Democratic rivals, although Saltonstall's margin of defeat, just over 7,000 votes, was small enough to merit a recount; he demurred. He ran again two years later, and won a decisive victory over former Boston Mayor James Michael Curley, who had been involved in a bruising Democratic primary fight against the incumbent Charles F. Hurley.

During his tenure, Saltonstall mediated a Teamsters strike, reduced taxes, and retired 90 percent of the state's debt. He served as President of the National Governors Association from 1943 to 1944. In 1944, he also served as the fifth President of the Council of State Governments. He was reelected in 1940 and 1942; the 1940 election win was by an extremely narrow margin.

In 1944, Saltonstall was elected to the United States Senate in a special election to fill the unexpired term created by the resignation of U.S. Senator Henry Cabot Lodge, Jr. He was re-elected three times, serving from 1945 to 1967. Those he defeated included John H. Corcoran in 1944, John I. Fitzgerald in 1948, Foster Furcolo in 1954, and Thomas J. O'Connor in 1960. During his tenure in the Senate, he served as the Senate Republican Whip and on five influential Senate committees. He also served as the chair of the Senate Republican Conference, 1957–1966. He was viewed as a political moderate, and served as a mediating force between the party's conservative and progressive wings. He was an unspectacular but effective legislator, good at drafting legislation and finding compromise language. When he left office, after more than thirty years in politics, he had few political enemies. [12] Saltonstall voted in favor of the Civil Rights Acts of 1957, [13] 1960, [14] and 1964, [15] and the Voting Rights Act of 1965. [16]

Saltonstall opted not to run for reelection in 1966, in part to provide an opportunity for his seat to Edward Brooke, a rising star in Massachusetts Republican circles. He retired to his farm in Dover, where he spent his remaining years as a gentleman farmer. [12]

Leverett Saltonstall died of congestive heart failure in 1979 aged 86, and is buried in Harmony Grove Cemetery in Salem, Massachusetts. The Saltonstall Building in downtown Boston is named for him.