From Wikipedia, the free encyclopedia
This article is about the mountain range. For the associated ecoregion, see Klamath Mountains (ecoregion).

The Klamath Mountains are a rugged and lightly populated mountain range in northwestern California and southwestern Oregon in the western United States. They have a varied geology, with substantial areas of serpentinite and marble, and a climate characterized by moderately cold winters with very heavy snowfall and warm, very dry summers with limited rainfall, especially in the south. [2] [3] As a consequence of the geology and soil types, the mountains harbor several endemic or near-endemic trees, forming one of the largest collections of conifers in the world. The mountains are also home to a diverse array of fish and animal species, including black bears, large cats, owls, eagles, and several species of Pacific salmon. Millions of acres in the mountains are managed by the United States Forest Service. [3] [4] The northernmost and largest sub-range of the Klamath Mountains are the Siskiyou Mountains. [1]

Mount Ashland, the highest point of the Siskiyou Mountains

These are the ten highest points in the Klamath Mountains:

The Klamath Mountains contain 11 wilderness areas in both Oregon and California: [9] [10]

There are extensive hiking trail systems, recreation areas, and campgrounds both primitive and developed in the Klamaths. A 211-mile (340 km) stretch of the Pacific Crest Trail (PCT) passes through these mountains as well. This section of the PCT is known locally as "The Big Bend" and is the transition from the California Floristic Province to the Cascades.

The Bigfoot Trail is a 400-mile (640 km) trail through the Klamath Mountains from the Yolla Bolly-Middle Eel Wilderness to Crescent City, California.

Klamath Mountains is the name given to one of California's eleven geomorphic provinces. [11]

The rocks of the Klamath Mountains originated as island arcs and continental fragments in the Pacific Ocean. The island masses consisted of rifted fragments of pre-existing continents and volcanic island masses created over subduction zones. These island masses contain rocks as old as 500 million years, dating to the early Paleozoic Era. [12] A succession of eight island terranes moved eastward on the ancient Farallon plate and collided with the North American plate between 260 and about 130 million years ago. [13] [14] Each accretion left a terrane of rock of a single age. During the accretion, subduction of the plate metamorphosed the overlying rock and produced magma which intruded the overlying rock as plutons. [13] Serpentinite, produced by the metamorphism of basaltic oceanic rocks, and intrusive rocks of gabbroic to granodiorite composition are common rocks within the Klamath terranes. [14] [15] [16]

Subsequent lava flows from active volcanoes in the Cascade Range and the erosion of the Oregon Coast Range to the north partially covered these rocks with basalt and sediments. [12]

The ecoregion includes several endemic or near-endemic species, such as Port Orford cedar or Lawson's cypress (Chamaecyparis lawsoniana), foxtail pine (Pinus balfouriana spp. balfouriana), and Brewer's spruce (Picea breweriana), forming one of the largest collections of different conifers in the world. The flowering plant Kalmiopsis leachiana, also endemic to the Klamaths, is limited to the Siskiyou sub-range in Oregon. [4] [18]

A large concentration of diverse coniferous species of trees exists in these mountains. [19] Thirty conifer species (or more, depending on where one delineates the region) inhabit the area, including two endemic species, the Brewer's spruce and the Port Orford cedar, making the Klamath Mountains one of the richest coniferous forest regions of the world in terms of concentrated species diversity. The region also has several edaphic plant communities, adapted to specific soil types, notably serpentine outcrops. [20] [21]

In 1969, Drs. John O. Sawyer and Dale Thornburgh discovered 17 species of conifers in 1 square mile (2.6 km2) around Little Duck Lake and Sugar Creek in the Russian Wilderness. They called this diverse area the Miracle Mile. [3] [5] [22] In 2013 Richard Moore identified an 18th species, western juniper, in the Sugar Creek canyon. [23] This is now considered the richest assemblage of conifers per unit area in any temperate region on Earth. 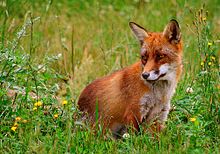 The area used to be home to grizzly bears and gray wolves. A project to reintroduce Roosevelt elk began in 1985 in the western Marble Mountains, near Elk Creek. Over the next 10 years the number and placement of reintroduced animals was expanded, and now elk can be seen roaming throughout the Marble Mountain Wilderness, in the northern Siskiyou Mountains, and along the South Fork of the Salmon River. [32]

Some of the most remote areas are prone to rumors of Bigfoot/ Sasquatch sightings from time to time, and the legendary creature plays a part in the folk tales of the Native American populations. [33]

The many mountains, streams and rivers form a major spawning ground for several species of trout and salmon; yet recently, in the last 50 years, some of the fish stocks have fallen drastically, particularly salmon stocks. The ecoregion's rivers and streams are home to nine species of native salmonids. The depletions occur mainly because dams and clearcutting on the rugged slopes of the area contribute to large amounts of silt in the stream beds, which in turn interfere with spawning salmon, as they lay their eggs in exposed gravel beds. [34] [35] The notable fish species are king, kokanee, and silver salmon, brown, brook, and rainbow trout (including steelhead), and crappie, bluegill, catfish, and largemouth and smallmouth bass. [36] [37] [38]