From Wikipedia, the free encyclopedia
Award by Blues Foundation, since 2015 also a music museum in Memphis, Tennessee 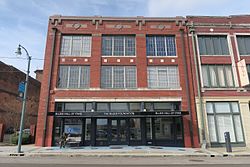 The Blues Hall of Fame is a music museum located at 421 S. Main Street in Memphis, Tennessee. Initially, the "Blues Hall of Fame" was not a physical building, but a listing of people who have significantly contributed to blues music. Started in 1980 by the Blues Foundation, it honors people who have performed, recorded, or documented blues. The actual building for the hall opened to the public on May 8, 2015. 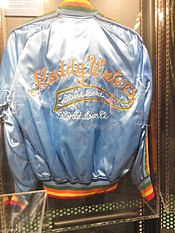 1982 tour jacket of Muddy Waters, member of the inaugural class of inductees 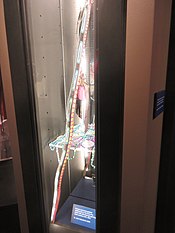