Zipcar is an American car-sharing company and a subsidiary of Avis Budget Group. Zipcar provides automobile reservations to its members, billable by the minute, hour or day; members may have to pay a monthly or annual membership fee in addition to car reservations charges. Zipcar was founded in 2000 by Antje Danielson and Robin Chase. [5].

On March 14, 2013, Avis Budget Group purchased Zipcar for approximately US$500 million in cash, making Zipcar its subsidiary. Scott Griffith, who had run the company for the previous 10 years, resigned the day after the acquisition closed and passed the reins to a new company president, Mark Norman. [6] In early 2014, Kaye Ceille took over as Zipcar's North American President. In the summer of 2016, Kaye Ceille became a managing director of Avis Budget Group International.

In September 2016, Zipcar announced that it had 1 million members across 500 cities in 9 countries, and offers nearly 10,000 vehicles in the United States, Canada, Costa Rica, Iceland, Taiwan, Turkey, and in the United Kingdom. [7]

Members can reserve vehicles with Zipcar's mobile app, online, or in some places by phone at any time, either immediately or up to a year in advance. Zipcar members have automated access to the cars using an access card which unlocks the door; the keys are already located inside. Alternatively, members can use Zipcar's Android or iPhone app to locate a Zipcar by honking its horn as well as to unlock the doors. [8] Zipcar charges a one-time application fee, an annual fee, and a reservation charge. Fuel, parking, insurance, and maintenance are included in the price. [9]

In the third quarter of 2007, Zipcar merged with Seattle-based rival Flexcar to create a nationwide car rental company. [10] The company's IPO was in April 2011. Zipcar common stock traded on NASDAQ under the ticker symbol "ZIP" until it was acquired by Avis in 2013. [11] [12]

Zipcar was co-founded by Antje Danielson and Robin Chase based on existing German and Swiss companies in January 2000. In June 2000, the first Zipcars hit the road around Boston, Massachusetts. In January 2001, Antje was fired after Robin Chase petitioned Zipcar's board for the ability to make hiring and firing decisions without consulting them. [13]

In November 2006, London office opened. In April 2007, Vancouver office opened. In October 2007, Zipcar and Flexcar executives announced a merger of the two companies, with the Zipcar brand and headquarters replacing that of Flexcar. [14]

On 23 January 2008, the merged Zipcar/Flexcar canceled service for the Southern California cities of Los Angeles and San Diego without providing advance notice to customers in those areas, although Southern California college operations were left intact. [15] On July 11, 2008, Zipcar announced it doubled membership in past year, including the Flexcar members it acquired, and now had 225,000 members. [16] On August 28, 2008, Rice University announced its introduction into the program in their goal of achieving the lowest possible carbon footprint while providing additional transportation options for employees that carpool. [17] In June 2009, the company announced an iPhone application at the Apple World Wide Developer Conference; the application is capable of honking the horn and unlocking some Zipcars. [18]

Following impressive third-quarter results, previous CEO Scott Griffith announced that 2012 would mark Zipcar's "first full year of profitability on a US GAAP basis". [19] Scott Griffith stepped down on March 15, 2013 following Avis Budget Group's acquisition of Zipcar. Mark Norman remained as President until February 2014, when Avis Budget Group announced that Kaye Ceille was appointed president of Zipcar, and "Mark Norman would step down in order to pursue another career opportunity." [20] In July 2016, Kay Ceille stepped down as president of Zipcar to become the managing director of Avis Budget Group International, Australia. [21] [22] On January 5, 2017, Zipcar announced that after a 6-month search they appointed Tracey Zhen as its new president. Ms. Zhen came over from TripAdvisor where she had been a vice president and general manager. [22] [23]

Members are given an access card containing a wireless chip that will open the vehicle they have reserved only at the time they have reserved it. [24] The reservation includes vehicle insurance, a gas card for the car, reimbursements for fuel obtained at gas stations that do not accept the included gas card, and up to $15 in reimbursements for typical car maintenance items like car washes and window wiper fluid refills. A member can reserve and use a Zipcar in any Zipcar city. 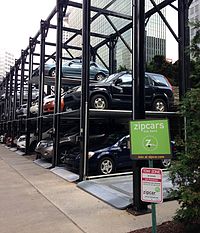 Zipcar was sued in 2009 and again in 2011 [28] by customers alleging that they charged excessive or hidden fees. The suit cited several hidden charges, including a charge to talk to a customer service representative even when customers call to report a problem that cannot be handled through the website or automated phone system, additional fees on top of the cost of a parking ticket even if the ticket was overturned in court, late fees starting at $50, a fee to retrieve items left in cars, and an inactivity fee. [29] According to the complaint, many customers may not even be aware of the charges because Zipcar does not send monthly statements. The lawsuit was dismissed in 2010, after U.S. District Judge Nathaniel M. Gorton found that every penalty except an inactive-user charge is legal. [30] In August 2016, Zipcar agreed to settle a case involving allegations of charging New York consumers illegal damage fees for rental vehicles. According to New York Attorney General Eric T. Schneiderman, New York State law mandates if rental car companies mean to pursue charges for damages to their vehicles, they must give consumers the opportunity to dispute the complaint. Schneiderman's office alleges Zipcar failed to follow this requirement. The company sometimes purportedly charged consumers damage fees before notifying them of the charges. As a settlement, Zipcar will refund any damage charges assessed against consumers who disputed their responsibility for the damage. Additionally, the company will pay the Attorney General's Office $35,000 for fees and costs. [31] In addition, Zipcar is barred from charging customers for damage unless those customers agree they are liable or the company obtains a legal determination—for example, from a court—that the driver is responsible. [32] As of September 25, 2018, the business is not accredited by the Better Business Bureau and averages a one-star review from the BBB from numerous complaints alleging deceptive business practices. [33]

Zipcar launched its Zipcar for Business program in early 2004 to provide companies with discounts on Monday-Friday driving. Since the launch of the program, Zipcar has signed 10,000 small, medium, and large sized businesses, as companies are increasingly adopting Zipcar's on demand car rental model as a cost-saving alternative for employee travel. [34] Zipcar has partnered with over 600 colleges and universities across North America. [35]

The Chevrolet Volt Plug-in hybrid is available to Zipcar members in Chicago.

Zipcar offers more than 50 makes and models of vehicles. Each vehicle has a home location: a reserved parking space located on a street, driveway, or neighborhood parking lot in the member's area, to which it must be returned at the end of the reservation. The locations of all Zipcars and models available at those locations are available at the Zipcar website. Zipcar currently (2019) has a fleet of 12,000+ vehicles. The makes and models of Zipcar vehicles available vary by location (for example, on college campuses, most Zipcar vehicles are economy, hybrid, and full-size cars), though members are able to choose the exact make and model of vehicle they wish from the list of available vehicles online or in the Zipcar smartphone application. [36]

Most Zipcar vehicles will feature decals with the Zipcar logo. Each vehicle has a "name" that help the renter to identify their specific vehicle. Zipcar offers vehicles in different categories, such as economy cars, electric vehicles (EV's), hybrid vehicles, full-size cars, luxury vehicles (such as those from Audi, BMW, Mercedes-Benz, and other luxury manufacturers), SUV's, pickup trucks, and cargo vans. A Zipcar vehicle will not unlock for the renter until their exact reservation time. Renters unlock their vehicle (both at the beginning of the reservation and throughout the rental) by either holding their Zipcar membership Radio Frequency Identification RFID card or smartphone against the upper corner of the vehicle's windshield. The vehicle's keys are always tied to the steering column of the vehicle, and stay inside the vehicle at all times. A Zipcar "Copilot" guide is located in the driver's side sun visor, and includes a complimentary refueling card (gasoline card), insurance information, the vehicle registration card, and information about both the vehicle, as well as rental policies and procedures.

Zipcars have RFID readers located on the windshield that communicates with the card to lock and unlock the doors of the vehicle. Each vehicle records hours of usage and mileage, which is uploaded to a central computer via a wireless data link. The location of the vehicles is not tracked during a reservation for privacy reasons but is trackable, and all cars are equipped with a "kill" function that allows the company to prevent the car from starting in the event of theft. Zipcar also offers the embedded Information Technologies it has installed in its fleet as a fleet optimization service through its FastFleet service.

During a rental, a Zipcar member can interface with their rented vehicle using the Zipcar smartphone app, which includes the ability to locate the vehicle in a parking lot (including GPS location and the ability to sound the vehicle's horn and flash the lights) and unlock or lock the vehicle.

Among its fleet of fuel-efficient vehicles, and through an agreement between Honda and Zipcar, the program offers clean fuel and low-emission vehicles that include the Insight hybrid, Civic Hybrid, and Honda Fit EV all- electric car. Vehicles such as the Chevrolet Volt and Toyota Prius are also available. [19]

In December 2009, Zipcar announced their participation in a round of financing with Avancar, the largest on-demand car rental company in Spain, based in Barcelona. Under the terms of the agreement, Zipcar acquired a minority interest in Avancar, a Zipcar executive joined Avancar's board and Zipcar was given a year option to increase the company's ownership stake. [39] Later on in April 2010, Zipcar announced that it had acquired London-based car-sharing club Streetcar. [40] In December 2010, Zipcar extended their option for another year through the end of 2011, and provided a monetary loan to Avancar, which is convertible into equity if Zipcar chooses to exercise the option. [41] On October 17, 2012, Zipcar announced the completion of its Avancar integration. [4] On January 22, 2019 Zipcar (Avancar) members received notification that the service would no longer be available as of midnight, February 28, 2019. On Facebook and Instagram, the company cited a decision made by Avis to discontinue the service in the Spanish city. 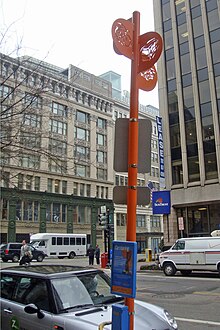 Zipcar provides liability coverage of $100,000 bodily injury per person, $300,000 bodily injury maximum, and $25,000 property damage per accident for members over 21 years of age who joined after March 1, 2015. Members at fault are responsible for the first $1,000 of costs related to the repair, recovery, and loss of use of any Zipcar vehicle. [45] However, members can purchase no-liability insurance for an additional $79 a year. Members involved in accidents where fault is not determined (such as in a hit and run) must pay the first $1000 of these costs. For members under 21, Zipcar provides insurance coverage at state-mandated levels.

Zipcar has received some scrutiny for their low coverage limits. [46]

Insurance coverage may vary depending on the region of use. For example, Canadian members in Toronto, Ontario, are provided with $1,000,000 in liability coverage. [47] Vancouver, BC members are provided with $2,000,000 in liability coverage. [48] Both regions in Canada also include comprehensive and collision coverage in addition to liability insurance. Previously, Zipcars traveling into Canada from the U.S. required members to obtain a special insurance card from Zipcar. [49] As of February 2018, however, it appears that this is no longer the policy. [50] Canadian Zipcars traveling into the U.S. do not need the extra insurance card. [51]