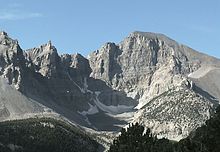 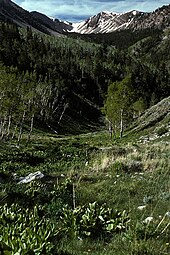 White Pine County is a largely rural, mountain county along the central eastern boundary of the U.S. state of Nevada. As of the 2010 census, the population was 10,030. [1] Its county seat is Ely. [2] The name "(Rocky Mountain) white pine" is an old name for the limber pine (Pinus flexilis), a common tree in the county's mountains.

The county boasts dark skies, clean air and millions of acres of unspoiled public land. It is the home of Great Basin National Park, one of America's most remote and least visited national parks. It is also home to no less than 14 federally designated wilderness areas, offering an abundance of terrain available to explore for hikers, backpackers, skiers, hunters and anglers.

The Ely Shoshone Indian Reservation is located in the county, on the south side of the City of Ely. The reservation has a land area of 104.99 acres (0.4249 km2) and a 2000 census official resident population of 133 persons.

European settlement in White Pine County began with mining exploration, activity generated by the Pony Express Trail (which passes through the county), and farming. 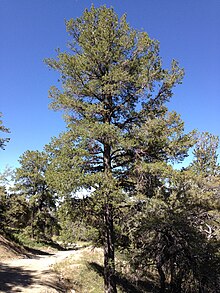 The county was established by the Nevada legislature in 1869 from Lander County and named after the heavy growth of limber pine trees in the area, which were then called white pine. Hamilton was the first county seat from 1869 to 1887, when it was replaced by Ely after a fire.

In the southeastern part of the county within Great Basin National Park lies 13,065 ft (3982 m) Wheeler Peak, the tallest independent mountain within Nevada and the second-highest point within the state (the highest point being Boundary Peak). [4] It is also the most topographically prominent peak in the county and the second-most prominent peak in Nevada (after Mount Charleston).

White Pine County is home to a number of designated wilderness areas. They were created by Congress on December 20, 2006, by the "White Pine County Conservation, Recreation, and Development Act of 2006." [5] About half are integral parts of Humboldt National Forest. The rest are managed by the Bureau of Land Management. One is shared between the two agencies. Some extend into neighboring counties, as indicated.

White Pine County's population grew rapidly in the early part of the 20th Century in response to mining activity, and has remained relatively stable at around 9,500 residents since about 1950. Although mining has been a major employer throughout the county's history, tourism and services related to outdoor recreation are beginning to account for a larger share of jobs in the region.

From the late 19th century until near the end of the 20th century, the major industry was mining the region's deposits of copper, silver, and gold. The most notable of these operations included a series of open-pit copper mines near the town of Ruth, and a copper smelter in McGill, run by the Kennecott Utah Copper Corporation. The decline of mining has meant the loss of area jobs.

The county is served by the White Pine County School District.

Regional offices of the U.S. Bureau of Land Management and the U.S. Forest Service are located in Ely.

Ely State Prison, the location of Nevada's death row for men and the state execution chamber, is located in the county.