The company is headquartered in El Paso, Texas; [11] its refineries are located in El Paso, Gallup, New Mexico, and St. Paul Park, Minnesota. These refineries have a combined crude oil processing capacity of approximately 242,500 barrels per day (38,550 m3/d). [12] A majority of products produced at these refineries are light products, consisting of gasoline, diesel fuel, and jet fuel. All three refineries have truck loading terminals. The El Paso refinery delivers to a number of other markets via pipeline. [13]

Western Refining owns and operates a wholesale division that works in conjunction with the refining operations. Through the refineries and these affiliated companies, Western Refining serves a broad customer base in Arizona, California, Colorado, Minnesota, Nevada, New Mexico, western Texas, Utah, Wisconsin, northern Chihuahua, Mexico, and the central East Coast region. [14] In late 2016, it was announced that the San Antonio, Texas based refining and logistics company Tesoro would purchase Western Refining for an estimated enterprise value of $6.4 Billion. [15] Stockholders from both companies approved the proposed deal on March 24, 2017, pending approval from the Federal Trade Commission. [16]

The El Paso refinery was originally two refineries across from each other on Trowbridge Avenue, one operated by Texaco, the other, larger, by Chevron Oil. In 1997 the company Refinery Holding was formed to manage the refineries; it purchased them outright in 2000. Western Refining purchased a pipeline system from Chevron capable of delivering 115,000 barrels of crude oil per day. In 2006 it became a publicly traded company on the New York Stock Exchange. [17]

On August 28, 2006, Western Refining bought Giant Industries (GI) for $1.23 billion in cash, creating the fourth-largest publicly traded independent oil refiner in the USA. The combined company created the capacity to handle about 216,000 barrels a day from four refineries, about 84% more than Western's current capacity at the time. [18]

In addition to its refineries, Giant Industries, based in Scottsdale, Arizona, owned a crude-oil-gathering pipeline system based in Farmington, New Mexico, a fleet of crude-oil and finished-product truck transports and a chain of retail service stations and convenience stores in New Mexico, Colorado, and Arizona.

Western Refining sold the Yorktown terminal and refinery as well as a segment of an oil pipeline in New Mexico to subsidiaries of Plains All American Pipeline Co for approximately $220 million. The company retained its East Coast wholesale business and continued to market petroleum products in the Mid-Atlantic region, but focused its refining and most of its wholesale, retail, and marketing operations in the US Southwest. [21] With the purchase of the St. Paul Park refinery, Western's total capacity is of approximately 242,500 barrels per day (38,550 m3/d).

Terminals and other locations 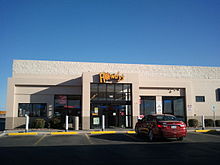 Western owns and operates more than 260 convenience stores and gas stations located in Arizona, Colorado, New Mexico, and Texas. [23] The company markets under its own brands of Giant, Mustang, Sundial, and (through Northern Tier Energy in the Minnesota, Wisconsin and South Dakota) SuperAmerica, plus a number of locations feature the brands of other oil companies. They also license Western branded fuel to other retail stores. [24] Western both purchases oil from the Mexican parastatal Pemex and sells refined oil products back to buyers in Mexico.

In July 2013 Western Refining hoped to raise $287.5 million in a public stock offering for its recently formed pipeline and storage subsidiary, Western Refining Logistics (WNRL). The subsidiary, formed as a limited partnership, will operate, develop, and acquire terminals, storage tanks, pipelines and other logistic assets, the company reported in a filing with the U.S. Securities and Exchange Commission. It now has 300 miles of crude oil pipelines and gathering systems, and storage and terminal facilities for crude oil and fuel in West Texas and New Mexico. [25]

The bulk of the money raised from the stock offering would go to the parent Western Refining to reimburse the company for the assets used to form the logistics company, Western reported in its filing. It would use $50 million of the money raised for general partnership purposes, it reported.

The logistics company will initially get all revenue through a 10-year, fee-based agreement with the parent Western Refining for pipeline, terminal and storage services it reported. The fees are expected to total almost $120 million next year, or 92 percent of its forecasted annual revenues of almost $131 million.