From Wikipedia, the free encyclopedia
Webster College redirects here. For the former college of the same name in Florida and West Virginia, see Rasmussen College
University in Webster Groves, Missouri

Webster University is a private university with its main campus in Webster Groves, Missouri. It is an independent, non-profit, non-denominational university with multiple branch locations across the United States. The university also has a strong international presence, maintaining campuses in a multitude of countries across Europe and Asia and an extensive study-abroad program [8]. It offers undergraduate and graduate programs in various disciplines, including the liberal arts, fine and performing arts, teacher education, business and management. In 2019, Webster enrolled 9,966 students. The university has an alumni network of around 170,000 graduates worldwide. [9]

It was founded in 1915 by the Sisters of Loretto as Loretto College, a Catholic women's college, one of the first west of the Mississippi River. [10] One of the early founders was Mother Praxedes Carty. [11] The college's name was changed to Webster College in 1924. [12] The first male students were admitted in 1962. [13] The sisters transferred ownership of the college to a lay Board of Directors in 1967; it was the first Catholic college in the United States to be totally under lay control. [14] In 1983, Webster College's name was changed to Webster University. [12]

Webster was involved in the early racial integration battles in St. Louis. During the early 1940s, many local priests, especially the Jesuits, challenged the segregationist policies at the city's Catholic colleges and parochial schools. The St. Louis chapter of the Midwest Clergy Conference on Negro Welfare arranged in 1943 for Webster College to admit a black female student, Mary Aloyse Foster, which would make it the city's first Catholic college to integrate. [15] However, in 1943 Archbishop John J. Glennon blocked that student's enrollment by speaking privately with the Kentucky-based Superior General of the Sisters of Loretto. [16] The Pittsburgh Courier, an African-American newspaper with national circulation, discovered Glennon's actions and ran a front-page feature on the Webster incident in February 1944. [17] The negative publicity toward Glennon's segregationist policies led Saint Louis University to begin admitting African American students in summer 1944. [18] In the fall of 1945, Webster College responded to pressure by admitting Irene Thomas, a Catholic African-American woman from St. Louis, as a music major. [19] 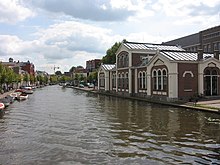 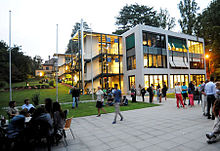 In addition to its own international campuses, Webster has also formed partnerships with a few universities that are based in the country of interest. For example, The Webster Graduate School was until 2015 tied with Regent's University London; [30] and Webster maintains a relationship with Kansai University in Osaka, Japan [31] and with The Universidad Autónoma de Guadalajara in Guadalajara, Mexico. [32] Recently, Webster started a study abroad program in Greece. [33]

In 2015, Webster released a report on its Thailand campus citing several issues, including badly inadequate facilities and a culture of distrust between students and the administration. [34] The report also cited several strengths on the campus, including strong academics and financial stability, saying "recruitment, marketing and admissions" are an area of strength for the campus. [35] One month after the internal report was issued, a campus ombudsman was appointed to address the communications issues and to bring the Thailand campus more in-line with the home campus' policies. [36]

Webster University's athletic mascot is the Gorlok, named in honor of the school's location at the corner of Gore and Lockwood Avenues in Webster Groves. Athletic teams participate in the NCAA Division III and in the St. Louis Intercollegiate Athletic Conference (SLIAC). [37]