From Wikipedia, the free encyclopedia
(Redirected from WGC-Cadillac Championship) 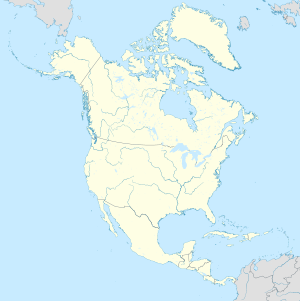 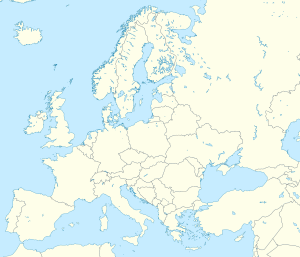 The WGC-Mexico Championship ( Spanish: WGC-Campeonato Mexicano) is a professional golf tournament hosted at the Club de Golf Chapultepec in Mexico since 2017, and is one of the four annual World Golf Championships.

Previous names include WGC-Cadillac Championship (2011–2016) and WGC-CA Championship (2007–2010) when it was hosted at Doral Golf Resort, Florida, and WGC-American Express Championship (1999–2006) when it was hosted at various locations in Europe and the United States. It is sanctioned and organized by the International Federation of PGA Tours and the prize money is official money on both the PGA Tour and the European Tour. Tiger Woods has the record number of wins with seven. [1] [2] The winner receives a Wedgwood trophy named the Gene Sarazen Cup. [3]

Founded in 1999, the first two events were held in November at the Valderrama Golf Club in Southern Spain. The third event was due to be held in Missouri, but was cancelled following the September 11 attacks in New York. The remaining five events were held in late September / early October, twice in Ireland and the United States, and once in England. The event was dominated by Tiger Woods who won five of the first seven editions. [1]

In 2007 the PGA Tour introduced the FedEx Cup, and moved the Tour Championship forward to mid September. As the event was historically held after this date it would have meant that it would not have formed part of the PGA Tour regular season unless it was moved. The event was reinvented with a new sponsor ( CA, Inc, and later Cadillac), a new hosting month (March), and a new permanent host ( Doral, Florida). [1] The decision to host on the Blue Monster course at Doral Golf Resort brought to an end the Ford Championship at Doral, a regular stop on the PGA Tour in March for 45 consecutive years (1962–2006). However, due to the WGC records taking precedence over PGA Tour records, technically the Cadillac Championship succeeded the American Express event, not the Ford Championship. [4] With the WGC-World Cup losing its World Golf Championship status after the 2006 event, it meant all three remaining WGC events were permanently held in the United States which drew criticism from some players and commentators. [5]

After Cadillac decided not to renew sponsorship of the event, it moved to Club de Golf Chapultepec in Naucalpan, just northwest of Mexico City in 2017. [6] Grupo Salinas took up sponsorship, [7] although their name does not appear in the title of the tournament. Donald Trump had purchased and renamed Trump National Doral in 2012, and many saw the move as being driven by sponsors and the PGA Tour wanting to distance themselves from controversy. It was also an opportunity to counter criticism that not enough World Golf Championship events were held outside the United States. [8] [9] The Club de Golf Chapultepec is a tree-lined parkland course with tight fairways and undulating terrain, built approximately 1.36 miles (more than 7,800 feet) above sea level, which results in much longer ball flights than other golf events. [10] [11] In 2017 and 2018 it continued to be held in March, which meant it interrupted the PGA Tour's "Florida Swing", but in 2019 it was moved to February to follow events on the West Coast and precede the tournaments in Florida. [9] The 2019 event was sold out due to being Tiger Woods' first professional appearance in Mexico. [12]

The tournament has a field of 72 players filled based upon the following criteria: [13]

The tournament is a 72 hole stroke play event with no cut. If there is a tie after 72 holes, there is a sudden death playoff to decide a winner.