Virginia Department of Conservation and Recreation

The Virginia Department of Conservation and Recreation is a department of the government of Virginia; it oversees all Virginia state parks and Natural Area Preserves. [1]

Douthat Lake at Douthat State Park, one of the original Virginia state parks built by the Civilian Conservation Corps.

The Virginia State Commission of Conservation and Development was created in 1926 under Governor Harry F. Byrd to consolidate and coordinate several conservation agencies: the Water Power and Development Commission, the State Geological Commission, the State Geological Survey, Office of the State Geologist, Office of the State Forester, and the Division of Parks. William E. Carson (1870-1942) was the Commission's first (unpaid) chairman and served until resigning pending a reorganization that became effective in late December 1934 and authorized a full-time state employee to head the agency. Carson consolidated what under his successor Wilbur C. Hall (1935-1939), became Shenandoah National Park, as well as coordinated with the federal Department of the Interior and Civilian Conservation Corps (CCC), which created a $5 million system of state parks (in exchange for Virginia appropriations of $100,000 which some called "the biggest bargain of the New Deal"). [2] Also during Carson's chairmanship, Governor John Garland Pollard in 1932 accepted several land parcels in and surrounding Richmond, Virginia, which in March 1936 became Richmond National Battlefield Park after being given to the National Park Service because during the Great Depression the Commonwealth lacked funds to develop and maintain those lands and structures. [3] Carson also created a Division of History and Archaeology within the State Commission of Conservation and Development and started a historical marker program. [4] 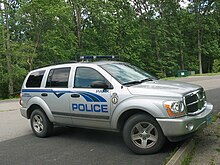