Tupelo ( /ˈtuːpəloʊ/) is a city in, and the county seat of, Lee County, Mississippi, United States. With an estimated population of 38,312 in 2019, Tupelo is the sixth-largest city in Mississippi and is considered a commercial, industrial, and cultural hub of North Mississippi.

Tupelo was incorporated in 1866, although the area had earlier been settled as "Gum Pond" along the Mobile and Ohio Railroad. [5] On February 7, 1934, Tupelo became the first city to receive power from the Tennessee Valley Authority, thus giving it the nickname "The First TVA City". [6] [7] Much of the city was devastated by a major tornado in 1936 that still ranks as one of the deadliest tornadoes in American history. [8] Following electrification, Tupelo boomed as a regional manufacturing and distribution center and was once considered a hub of the American furniture manufacturing industry. [9] Although many of Tupelo's manufacturing industries have declined since the 1990s, the city has continued to grow due to strong healthcare, retail, and financial service industries. Tupelo is the smallest city in the United States that is the headquarters of more than one bank with over $10 billion in assets. [10]

Tupelo has a deep connection to Mississippi's music history, being known as the birthplace of Elvis Presley and Diplo as well as the origin of the group Rae Sremmurd. The city is home to multiple art and cultural institutions, including the Elvis Presley Birthplace and the 10,000-seat BancorpSouth Arena, the largest multipurpose indoor arena in Mississippi. Tupelo is the only city in the Southern United States to be named an All-America City five times, most recently in 2015. [11]

The Tupelo micropolitian area contains Lee, Itawamba, and Pontotoc counties and had a population of 140,081 in 2017. [12]

Indigenous peoples lived in the area for thousands of years. The historic Chickasaw and Choctaw, both Muskogean-speaking peoples of the Southeast, occupied this area long before European encounter.

French and British colonists traded with these indigenous peoples and tried to make alliances with them. The French established towns in Mississippi mostly on the Gulf Coast. At times, the European powers came into armed conflict. On May 26, 1736, the Battle of Ackia was fought near the site of present-day Tupelo; British and Chickasaw soldiers repelled a French and Choctaw attack on the then-Chickasaw village of Ackia. The French, under Louisiana governor Jean Baptiste Le Moyne, Sieur de Bienville, had sought to link Louisiana with Acadia and the other northern colonies of New France.

In the early 19th century, after years of trading and encroachment by European-American settlers from the United States, conflicts increased as the US settlers tried to gain land from these nations. In 1830, Congress passed the Indian Removal Act and authorized the relocation of all the Southeast Native Americans west of the Mississippi River, which was completed by the end of the 1830s.

In the early years of settlement, European-Americans named this town Gum Pond, supposedly due to its numerous tupelo trees, known locally as blackgum. The city still hosts the annual Gumtree Arts Festival.

During the Civil War, Union and Confederate forces fought in the area in 1864 in the Battle of Tupelo. Designated the Tupelo National Battlefield, the battlefield is administered by the National Park Service (NPS). In addition, the Brices Cross Roads National Battlefield, about ten miles north, commemorates another American Civil War battle.

After the war, a cross-state railroad for northern Mississippi was constructed through the town, which encouraged industry and growth. With expansion, the town changed its name to Tupelo, in honor of the battle. It was incorporated in 1870. [13]

By the early twentieth century the town had become a site of cotton textile mills, which provided new jobs for residents of the rural area. Under the state's segregation practices, the mills employed only white adults and children. Reformers documented the child workers and attempted to protect them through labor laws. [14]

The last known bank robbery by Machine Gun Kelly, a Prohibition-era gangster, took place on November 30, 1932, at the Citizen's State Bank in Tupelo; his gang netted $38,000 ($712,000 in current dollar terms). After the robbery, the bank's chief teller said of Kelly, "He was the kind of guy that, if you looked at him, you would never thought he was a bank robber." [15]

During the Great Depression, Tupelo was electrified by the new Tennessee Valley Authority, which had constructed dams and power plants throughout the region to generate hydroelectric power for the large, rural area. The distribution infrastructure was built with federal assistance as well, employing many local workers. In 1935, President Franklin Roosevelt visited this "First TVA City".

In 2007, the nearby village of Blue Springs was selected as the site for Toyota's 11th automobile manufacturing plant in the United States.

In 2013 Gale Stauffer of the Tupelo Police Department died in a shootout following a bank robbery, possibly the first officer killed in the line of duty in the department's history. [21]

Students clear the ruins of the segregated Lee County Training School, a month after the 1936 tornado

The spring of 1936 brought Tupelo one of its worst-ever natural disasters, part of the Tupelo-Gainesville tornado outbreak of April 5–6 in that year. [22] The storm leveled 48 city blocks and over 200 homes, killing 216 people and injuring more than 700 persons. [23] It struck at night, destroying large residential areas on the city's north side. Among the survivors was Elvis Presley, then a baby. Obliterating the Gum Pond neighborhood, the tornado dropped most of the victims' bodies in the pond. The storm has since been rated F5 on the modern Fujita scale. [24] The Tupelo Tornado is recognized as one of the deadliest in U.S. history. [25]

The Mississippi State Geologist estimated a final death toll of 233 persons, but 100 whites were still reported as hospitalized at the time. Because the white newspapers did not publish news about blacks until the 1940s and 1950s, historians have had difficulty learning the fates of blacks injured in the tornado. Based on this, historians now estimate the death toll was higher than in official records. [23] [26] Fire broke out at the segregated Lee County Training School, which was destroyed. Its bricks were salvaged for other uses.

The area is subject to tornadoes. In 2008 one rated an EF3 on the Enhanced Fujita Scale struck the town. On April 28, 2014, a large tornado struck Tupelo and the surrounding communities, causing significant damage.

Tupelo is located in northeast Mississippi, north of Columbus, on Interstate 22 and U.S. Route 78, midway between Memphis, Tennessee (northwest) and Birmingham, Alabama (southeast). 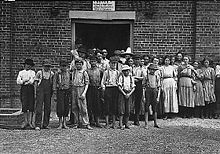 Historically, Tupelo served as a regional transportation hub, primarily due to its location at a railroad intersection. More recently, it has developed as strong tourism and hospitality sector based around the Elvis Presley birthplace and Natchez Trace. The city has also been successful at attracting manufacturing, retail and distribution operations (see 'Industry' section below). [33]

The city is served by Tupelo Regional Airport, with service on Contour Airlines. 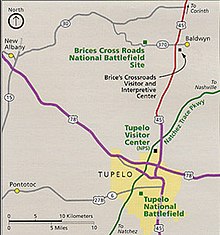 Tupelo's current mayor is Jason L. Shelton. The Tupelo Council is made up of seven representatives, each elected from single-member districts. They annually elect the president of the council on a rotating basis. In 2017, the President of the Tupelo City Council is Lynn Bryan. Other council members are Markel Whittington, Buddy Palmer, Willie Jennings, Mike Bryan and Nettie Davis. [43]

In 2013 Nettie Davis was elected by the council as President, becoming the first woman and first African American to hold the position. Davis has served on the council for four terms. [46]

Mayor Jason Shelton sought re-election in 2017 and was returned to office for another four years in the Democratic primary by garnering 85.55 percent of the votes cast. His opponent was Candace Knowles.

Mayor Jack Reed did not seek reelection in 2013. Attorney Jason Shelton, a Democrat, was elected mayor on June 4, 2013, over council chairman Fred Pitts, a Republican. [47]

Tupelo schools are served by the Tupelo Public School District. It participates in the Chromebook Distribution Policy, which means students in grades 6 to 12 are each given a school-owned Google Chromebook to use during the school year. In 2008, Sports Illustrated ranked the high school athletic department as the third-best high school athletic program in the nation. [48]

For post-secondary education, the city has satellite campuses of the University of Mississippi, Itawamba Community College, and the Mississippi University for Women.

The local daily newspaper is the Northeast Mississippi Daily Journal.

Tupelo is home to three television stations serving the 133rd-ranked designated market area among 210 markets nationwide as determined by Nielsen Media Research: WTVA (9), an NBC and ABC affiliate; and WLOV (27), a Fox affiliate. Both stations are located on Beech Springs Road and were controlled by Frank K. Spain until his death on April 25, 2006.

The American Family Association, located in Tupelo, includes the national American Family Radio network and the OneNewsNow news service. It has been designated a hate group by the Southern Poverty Law Center due to its denunciations of homosexuality, including blaming the holocaust on homosexuality. [49]