From Wikipedia, the free encyclopedia
"TUS" redirects here. For other uses, see Tus.

Tucson International is operated on a long-term lease by the Tucson Airport Authority, which also operates Ryan Airfield, a general aviation airport. Tucson International Airport is not a hub or focus city for any airline. Public transportation to the airport is Sun Tran bus routes No. 11 and No. 25.

During World War II the airfield was used by the United States Army Air Forces Air Technical Service Command. A contract flying school was operated by the USAAF West Coast Training Center from July 25, 1942 until September 1944.

In 1948 the Tucson Airport Authority was created as a non-profit corporation to operate the airport and oversee policy decisions. The nine member board is elected by a group of up to 115 volunteer residents from Pima County Arizona. The airport was moved to its current location south of Valencia Road and operated on the west ramp out of three hangars vacated by World War II military manufacturing companies. A new control tower was constructed in 1958 to replace the original WWII wooden framed version.

The Tucson Airport Authority was also involved in bringing the Hughes Missile Plant (now Raytheon) to Tucson. In fact, in 1951, according to author David Leighton, it was the TAA that sold the land to the Hughes Aircraft Co., for construction of the plant. [6]

In March 1956 the Civil Aeronautics Board approved routes out of Tucson for Trans World Airlines (TWA), over opposition from American Airlines, but flights didn't begin until December of that year. [7]

In April 1957 airlines scheduled 21 departures a day: 15 American, 4 TWA and 2 Frontier. The first jet flights were American Airlines Boeing 707s and Boeing 720s around September 1960. American began flying wide body McDonnell Douglas DC-10s from Tucson nonstop to Dallas/Ft. Worth [8] and to Chicago via Phoenix beginning in fall 1971 and continuing through the 1970s. [9] In 1981, Eastern Airlines was operating direct Airbus A300 wide body service to Atlanta via an en route stop in Phoenix. [10] In the late 1980s American was flying Boeing 767-200s nonstop to Dallas/Ft. Worth. [11] The DC-10, A300 and 767 were the largest airliners ever to serve Tucson on scheduled passenger flights.

On November 15, 1963 a new terminal designed by Terry Atkinson opened with an international inspection station. The Tucson International Airport [12] [13] name was legitimate: Aeronaves de Mexico had begun Douglas DC-6 service to Hermosillo and beyond in 1961. In the mid 1970s successor airline Aeromexico flew McDonnell Douglas DC-9-30s nonstop to Hermosillo and on to Ciudad Obregon, Culiacan, Guadalajara and Mexico City. [14] Bonanza Air Lines began DC-9 service to Mexico in the late 1960s with flights to Mazatlan, La Paz and Puerto Vallarta, [15] and successor airlines Air West and Hughes Airwest flew DC-9s from Tucson to Mexico with their service being extended to Guadalajara, and flights to Mazatlan, La Paz and Puerto Vallarta. [16] [17] The terminal underwent minor remodeling during the 1960s and 1970s, and its interior was featured in the 1974 film Death Wish starring Charles Bronson.

In 1987 the airport lengthened the primary runway a half mile to the southeast for noise abatement reasons and installed arresting barriers for military planes. [19]

In January 2014 the Tucson Airport Authority board approved a no-cost, 20-year property lease with the Federal Aviation Administration for property on which to build a new federally funded control tower to replace the 1950s vintage tower currently in use. The new tower is located on the south side of the airport, near Aero Park Blvd.

On April 6, 2016 the Tucson Airport Authority announced the Terminal Optimization Program (TOP). The program (campaign name, A Brighter TUS) includes a variety of terminal improvements, including relocation and improved capacity at the Security Screening Checkpoints, enhanced concession and revenue opportunities, upgrade of building systems, and maximizing use of space. Renovation began in June 2016 and was completed in November 2017. [21]

Tucson International Airport hosts Morris Air National Guard Base, known as Tucson Air National Guard Base prior to November 2018, a 92-acre (37 ha) complex on the northwest corner of the airport that is home to the 162d Fighter Wing (162 FW), an Air Education and Training Command (AETC)-gained unit of the Arizona Air National Guard. Military use of Tucson Airport began in 1956, when the Arizona Air National Guard activated the 152d Fighter Interceptor Squadron, an Air Defense Command (ADC)-gained unit, which operated Korean War vintage F-86A Sabres. At that time the "base" consisted of an old adobe farmhouse and a dirt-floor hangar with enough space for three aircraft. During its history at TUS, the wing has operated the F-86 Sabre, F-100 Super Sabre, F-102 Delta Dagger, A-7 Corsair II and General Dynamics F-16 Fighting Falcon aircraft.

Not counting students or transient flight crews, the installation employs over 1,700 personnel, over 1,100 of whom are full-time Active Guard and Reserve (AGR) and Air Reserve Technician (ART) personnel, and the remainder traditional part-time Air National Guardsmen. Although an AETC organization, the 162nd also maintains an F-16 Alert Detachment for U.S. Northern Command / NORAD and AFNORTH at nearby Davis-Monthan AFB in support of Operation Noble Eagle. 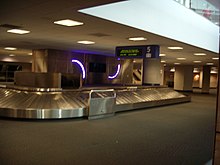 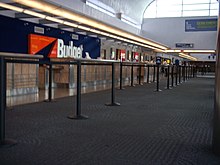 Airlines usually use Runway 11L. In occasional trade winds, airliners use Runway 29R, and even rarer, with south winds, Runway 21. Runway 11R-29L is too narrow for most airliners, but they can use Runway 3.

Both concourses inside the main terminal offer food, beverage, and shopping, and free wireless internet and charging stations. [25]