Tonopah is an unincorporated town [3] in and the county seat of Nye County, Nevada, United States. [4] It is located at the junction of U.S. Routes 6 and 95, approximately midway between Las Vegas and Reno. In the 2010 census, the population was 2,478. The census-designated place (CDP) of Tonopah has a total area of 16.2 square miles (42 km2), all land. 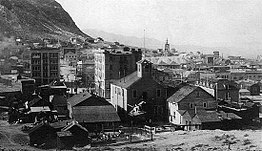 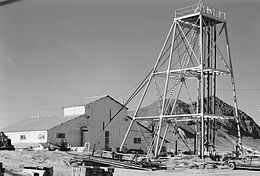 The American community began circa 1900 with the discovery of silver-rich ore by prospector Jim Butler. The legendary tale of discovery says that he went looking for a burro that had wandered off during the night and sought shelter near a rock outcropping. When Butler discovered the animal the next morning, he picked up a rock to throw at it in frustration, noticing that the rock was unusually heavy. He had stumbled upon the second-richest silver strike in Nevada history.[ citation needed]

Men of wealth and power entered the region to consolidate the mines and reinvest their profits into the infrastructure of the town of Tonopah. George Wingfield, a 24-year-old poker player when he arrived in Tonopah, played poker and dealt faro in the town saloons. Once he had a small bankroll, he talked Jack Carey, owner of the Tonopah Club, into taking him in as a partner and to file for a gaming license. In 1903, miners rioted against Chinese workers in Tonopah. This resulted in China enforcing a boycott in China of U.S. imported goods.

By 1904, after investing his winnings in the Boston-Tonopah Mining Company, Wingfield was worth $2 million. When old friend George S. Nixon, a banker, arrived in town, Wingfield invested in his Nye County Bank. They grub-staked (provided with food, supplies and tools in an exchange for a percentage of mine yield) miners with friend Nick Abelman, and bought existing mines. By the time the partners moved to Goldfield, Nevada and made their Goldfield Consolidated Mining Company a public corporation in 1906, Nixon and Wingfield were worth more than $30 million. [5] 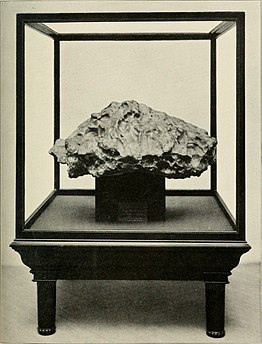 Wingfield believed that the end of the gold and silver mining production was coming and took his bankroll to Reno, where he invested heavily in real estate and casinos. Real estate and gaming became big business throughout Central Nevada. By 1910, gold production was falling and by 1920, the town of Tonopah had less than half the population it had fifteen years earlier.

Small mining ventures continued to provide income for local miners and the small town struggled on. Located about halfway between Reno and Las Vegas, it has supported travelers as a stopover and rest spot on a lonely highway. Today the Tonopah Station has slots and the Banc Club also offers some gaming.

Since the late 20th century, Tonopah has relied on the nearby military Tonopah Test Range as its main source of employment. The military has used the range and surrounding areas as a nuclear bomb test site, a bombing range, and as a base of operations for the development of the F-117 Nighthawk.

The founder, Jim Butler, named the settlement, from what is thought to be a Shoshoni language word, pronounced "TOE-nuh-pah." [10] Although the town previously had a variety of names, including Butler City, Jim Butler's name has survived. According to local history, the name is said to mean "hidden spring". [1]

Linguistically, the name derives from either Shoshone to-nuv ( greasewood), or Northern Paiute to-nav (greasewood), and pa, meaning water in both dialects. [11]

Tonopah has an arid, cold desert climate with cool winters and hot summers. Due to Tonopah’s aridity and high altitude, daily temperature ranges are quite large. Nights are cool, even in summer.

There were 1,109 households out of which 32.2% had children under the age of 18 living with them, 48.9% were married couples living together, 7.5% had a female householder with no husband present, and 39.4% were non-families. 34.2% of all households were made up of individuals and 10.1% had someone living alone who was 65 years of age or older. The average household size was 2.33 and the average family size was 3.03.

During the silver bonanza of the first decade of the 20th century, the need in the precious-metal fields for freight service led to construction of a network of local railroad lines across the Nevada desert to Tonopah. Examples include the Las Vegas and Tonopah Railroad, the Tonopah and Goldfield Railroad, and the Tonopah and Tidewater Railroad. Coal was hauled to the silver mines to power mine operations and also the stamp mills built in and around Tonopah to break apart the hard-rock ore for milling and refining.

As the railroad lines were reduced with the decline of mining and restructuring of railroads in the late 20th century, 18-wheelers became the dominant method of moving freight. Tonopah took on a new identity as an extreme freight destination. The chorus of the song "Willin'" by Lowell George of Little Feat on the albums Little Feat, Sailin' Shoes, and Waiting for Columbus refers to Tonopah, Nevada:

And I've been from Tucson to Tucumcari, Tehachapi to Tonopah.


I've driven every kind of rig that's ever been made;


driven the backroads so I wouldn't get weighed.

In the early 21st century, Tonopah is served by two U.S. Highways, Routes 6 and 95. There is no rail service. General aviation facilities are located at nearby Tonopah Airport. The nearest airport with scheduled passenger service is Mammoth Yosemite Airport, about 100 miles (160 km) away. The nearest major airports are McCarran International Airport in Las Vegas, and Reno–Tahoe International Airport in Reno, each more than 200 miles (320 km) away. 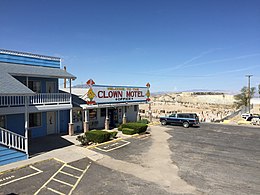