From Wikipedia, the free encyclopedia
(Redirected from The San Francisco Examiner)
Newspaper in San Francisco, California

San Francisco Examiner is a newspaper distributed in and around San Francisco, California, and published since 1863.

The Examiner was founded in 1863 as the Democratic Press, a pro- Confederacy, pro-slavery, pro- Democratic Party paper opposed to Abraham Lincoln, but after his assassination in 1865, the paper's offices were destroyed by a mob, and starting on June 12, 1865, it was called the Daily Examiner. [6] [7] [8]

Announcement that William Randolph Hearst has become owner of the newspaper, March 4, 1887

In 1880, mining engineer, entrepreneur and US Senator George Hearst bought the Examiner. Seven years later, after being elected to the U.S. Senate, he gave it to his son, William Randolph Hearst, who was then 23 years old. The elder Hearst "was said to have received the failing paper as partial payment of a poker debt." [9]

William Randolph Hearst hired S.S. (Sam) Chamberlain, who had started the first American newspaper in Paris, as managing editor [8] and Arthur McEwen as editor, and changed the Examiner from an evening to a morning paper. [6] Under him, the paper's popularity increased greatly, with the help of such writers as Ambrose Bierce, Mark Twain, and the San Francisco-born Jack London. [10] It also found success through its version of yellow journalism, with ample use of foreign correspondents and splashy coverage of scandals such as two entire pages of cables from Vienna about the Mayerling Incident; [8] satire; and patriotic enthusiasm for the Spanish–American War and the 1898 annexation of the Philippines. William Randolph Hearst created the masthead with the "Hearst Eagle" and the slogan Monarch of the Dailies by 1889 at the latest.

After the great earthquake and fire of 1906 destroyed much of San Francisco, the Examiner and its rivals—the San Francisco Chronicle and the San Francisco Call—brought out a joint edition. The Examiner offices were destroyed on April 18, 1906, [11] but when the city was rebuilt, a new structure, the Hearst Building, arose in its place at Third and Market streets. It opened in 1909, and in 1937 the facade, entranceway and lobby underwent an extensive remodeling designed by architect Julia Morgan. [12]

Through the middle third of the twentieth century, the Examiner was one of several dailies competing for the city's and the Bay Area's readership; the San Francisco News, the San Francisco Call-Bulletin, and the Chronicle all claimed significant circulation, but ultimately attrition left the Examiner one chief rival—the Chronicle. Strident competition prevailed between the two papers in the 1950s and 1960s; the Examiner boasted, among other writers, such columnists as veteran sportswriter Prescott Sullivan, the popular Herb Caen, who took an eight-year hiatus from the Chronicle (1950–1958), and Kenneth Rexroth, one of the best-known men of California letters and a leading San Francisco Renaissance poet, who contributed weekly impressions of the city from 1960 to 1967. Ultimately, circulation battles ended in a merging of resources between the two papers.

For 35 years starting in 1965, the San Francisco Chronicle and Examiner operated under a Joint Operating Agreement whereby the Chronicle published a morning paper and the Examiner published in the afternoon. The Examiner published the Sunday paper's news sections and glossy magazine, and the Chronicle contributed the features. Circulation was approximately 100,000 on weekdays and 500,000 on Sundays. By 1995, discussion was already brewing in print media about the possible shuttering of the Examiner due to low circulation and an extremely disadvantageous revenue sharing agreement for the Chronicle. [13]

On October 31, 1969, sixty members of the Gay Liberation Front, the Committee for Homosexual Freedom (CHF), and the Gay Guerilla Theatre group staged a protest outside the offices of the Examiner in response to a series of news articles disparaging people in San Francisco's gay bars and clubs. [14] [15] [16] [17] The peaceful protest against the Examiner turned tumultuous and was later called "Friday of the Purple Hand" and "Bloody Friday of the Purple Hand". [17] [18] [19] [20] [21] [22] Examiner employees "dumped a barrel of printers' ink on the crowd from the roof of the newspaper building", according to glbtq.com. [23] Some reports state that it was a barrel of ink poured from the roof of the building. [24] The protestors "used the ink to scrawl slogans on the building walls" and slap purple hand prints "throughout downtown [San Francisco]" resulting in "one of the most visible demonstrations of gay power" according to the Bay Area Reporter. [17] [19] [22] According to Larry LittleJohn, then president of Society for Individual Rights, "At that point, the tactical squad arrived – not to get the employees who dumped the ink, but to arrest the demonstrators. Somebody could have been hurt if that ink had gotten into their eyes, but the police were knocking people to the ground." [17] The accounts of police brutality include women being thrown to the ground and protesters' teeth being knocked out. [17] [25] Inspired by Black Hand extortion methods of Camorra gangsters and the Mafia, [26] some gay and lesbian activists attempted to institute "purple hand" as a warning to stop anti-gay attacks, but with little success.[ citation needed] In Turkey, the LGBT rights organization MorEl Eskişehir LGBTT Oluşumu (Purple Hand Eskişehir LGBT Formation), also bears the name of this symbol. [27]

In its stylebook and by tradition, the Examiner refers to San Francisco as "The City" (capitalized), both in headlines and text of stories. San Francisco slang has traditionally referred to the newspaper in abbreviated slang form as "the Ex" (and the Chronicle as "the Chron"). 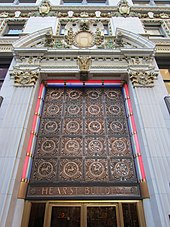 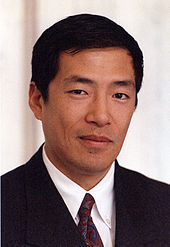 When the Chronicle Publishing Company divested its interests, the Hearst Corporation purchased the Chronicle. To satisfy antitrust concerns, Hearst sold the Examiner to ExIn, LLC, a corporation owned by the politically connected Fang family, publishers of the San Francisco Independent and the San Mateo Independent. [28] San Francisco political consultant Clint Reilly filed a lawsuit against Hearst, charging that the deal did not ensure two competitive newspapers and was instead a generous deal designed to curry approval. However, on July 27, 2000, a federal judge approved the Fangs' assumption of the Examiner name, its archives, 35 delivery trucks, and a subsidy of $66 million, to be paid over three years. [29] From their side, the Fangs paid Hearst US$100 for the Examiner.

On February 19, 2004, the Fang family sold the Examiner and its printing plant, together with the two Independent newspapers, to Philip Anschutz of Denver, Colorado. [28] His new company, Clarity Media Group, launched The Washington Examiner in 2005 and published The Baltimore Examiner from 2006 to 2009. In 2006, Anschutz donated the archives of the Examiner to the University of California, Berkeley Bancroft Library, the largest gift ever to the library. [30]

Under Clarity ownership, the Examiner pioneered a new business model [31] for the newspaper industry. Designed to be read quickly, the Examiner is presented in a compact size without story jumps. It focuses on local news, business, entertainment and sports with an emphasis on content relevant to its local readers. It is delivered free to select neighborhoods in San Francisco and San Mateo counties, and to single-copy outlets throughout San Francisco, San Mateo, Santa Clara, and Alameda counties, California.

By February 2008, the company had transformed the newspaper's examiner.com domain into a national hyperlocal brand with local websites throughout the United States. [32]

Staff writer Joseph Fitzgerald Rodriguez writes the On Guard column. [34] Stuart Schuffman, also known as Broke-ass Stuart, a guest columnist for the Examiner, was a candidate for mayor of San Francisco in the city's 2015 mayoral election. [3] [4]

In the early 20th century, an edition of the Examiner circulated in the East Bay under the Oakland Examiner masthead. Into the late 20th century, the paper circulated well beyond San Francisco. In 1982, for example, the Examiner's zoned weekly supplements within the paper were titled "City", " Peninsula", " Marin/ Sonoma" and " East Bay".[ citation needed] Additionally, during the late 20th century, an edition of the Examiner was made available in Nevada which, coming out in the morning rather than in the afternoon as the San Francisco edition did, would feature news content from the San Francisco edition of the day before—for instance, Tuesday's news in the Nevada edition that came out on Wednesday—but with dated non-hard news content—comic strips, feature columnists—for Wednesday.[ citation needed]