From Wikipedia, the free encyclopedia
(Redirected from Texas–Arlington Mavericks)

UT Arlington is a member of the Sun Belt Conference

The UT Arlington Mavericks (abbreviated UT Arlington, UTA, and Mavs) are the athletic teams that represent the University of Texas at Arlington in Arlington, Texas. The Mavericks currently compete in the NCAA Division I Sun Belt Conference in 15 varsity sports. [2] The number rose to 15 in the fall of 2017 as the University announced women's golf will begin their first season of competition. [3]

Jim Baker is the current Athletic Director. Prior to his stint at UTA, he was an associate athletic director for events, operations and sports programs for the Texas Longhorns at the University of Texas at Austin. Baker replaced Pete Carlon, who headed the Athletic Department from 1996 to 2012, and is currently the Senior Athletics Director for Administration. 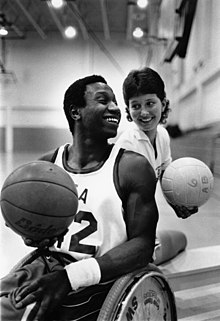 UTA was a founding member of the Southland Conference in 1963 and participated in the league until the end of the 2011–12 athletic year. They joined the Western Athletic Conference for one year before they moved to the Sun Belt.

UT Arlington won the Southland Conference's Commissioners Cup three times since the award was first instituted in 1998. The Commissioner's Cup is awarded to the athletics program with the highest all-around performance in all conference events, including all men's and women's events. [4]

When the school transitioned from junior college to University status in 1959, the schools athletic teams were known as the Rebels. Controversy would surround the name after a decades time. A series of events would occur that lead to a change in mascots to the current version. The Mavericks' name selection was made in 1971, [5] predating the National Basketball Association's expansion franchise Dallas Mavericks' starting choice in 1980.

The first women's programs began competition in the 1973–74 school year. Volleyball, basketball and softball were the first three program, competing in the AIAW until the teams moved under the umbrella of the NCAA in 1982–83.

Home games are played at College Park Center, located on University of Texas at Arlington's campus in Arlington. The team appeared in the 2008 NCAA tournament, losing against the No. 1 seed Memphis in the first round. Later, Memphis had to forfeit their win for "ineligible competition, impermissible benefits and failure to monitor its athletics programs." [6]

On November 29, 2016, the Mavericks defeated the Texas Longhorns in Austin for the first time in program history after 11 attempts. [7] The Longhorns decided to terminate their contract with them after their 2016 loss due to the Mavericks becoming too competitive.[ citation needed] The terminated contract paid the Mavericks a large lump sum for each game played in Austin for six consecutive years (2011-2016). [8]

The women's basketball team was established in 1973 and experienced early success with a combined 64–32 record in three seasons between 1975 and 1977. [10] The Mavericks participated in several AIAW state and regional tournaments before joining the Southland Conference beginning with the 1982–83 season.

UTA has played in two NCAA and three NIT tournaments.

The first season for volleyball at UT Arlington was in 1973. The volleyball team appeared in the national rankings in the 1970s during their time in the AIAW and towards the end of the 1980s in the NCAA. They advanced to the NCAA Division I Volleyball Final Four in 1989. [13] UT Arlington is one of only three institutions in Texas to ever reach the NCAA Division I Volleyball Final Four.

The team has won 12 Southland Conference regular season championships, including the first 9 from 1982 to 1990 as well as 10 Southland Tournament crowns. They have appeared in 16 AIAW National and NCAA Tournaments.

UTA softball plays their home games at Allan Saxe Field, adjacent to Clay Gould Ballpark. The Mavericks began play in 1973 and have compiled a record of 1,325–1,149–9, a winning percentage of .535 (as of the conclusion of the 2017 season). Along the way, they have won five Southland Conference regular season titles and one tournament title. Their lone appearance in the NCAA tournament came in 2003, where they went 2–2. In 2017, they played in the National Invitational Softball Championships.

Prior to competing in the NCAA, the Mavericks were members of the AIAW, where they competed in two Women's College World Series tournaments.

UT Arlington began play as a junior college in 1919 and played at that level until 1958. They won Junior Rose Bowls in 1956 and 1957, as well as the Junior College National Championship, as Arlington State College.

After becoming a four-year University, UTA fielded a College Division ( Division II today) football program as an independent from 1959 to 1963, joined the Southland Conference in the College Division from 1964 to 1970, a University Level (Division I) program from 1971 to 1981 and a Division I-AA program from 1982 to 1985. Home games were played in Maverick Stadium beginning in the 1980 season. UTA earned conference championships in 1966, 1967 and 1981. In 1967, the team won the Pecan Bowl against the North Dakota Fighting Sioux, [14] the only bowl game in its history.

The team was disbanded after the 1985 season due to major financial losses (nearly one million dollars per year) and low home game average attendance (5,600 with 23,100 students). By the end, the program was funded by the university's auxiliary enterprise income while the other 14 sports were under-funded, as football accounted for half the total athletic budget. [15]

In April 2004, UT Arlington students voted by a 2-to-1 margin to increase their student athletic fees by $2 per semester-credit hour should the university reinstate football and begin women's golf and soccer teams. President James D. Spaniolo, who just began his post leading the school, decided to pursue a new multi-purpose venue, which materialized when College Park Center opened in 2012. He also made the announcement to relook at adding football in five years.

The men's golf team has won four Southland Conference Championships, while finishing as the runner-up eight times. During that time, they had the individual champion three times. In their lone season in the WAC, the team finished in second place while they claimed their fourth individual conference champion. Despite being five seasons removed from participating in the Southland, UTA is still in third place for most team championships.

UT Arlington has long been a powerhouse in wheelchair basketball, the Movin' Mavs men's team has won eight National Wheelchair Basketball Association intercollegiate titles while the Lady Movin' Mavs women's team has one title. [19] Since starting a women's team in 2013 it has quickly grown to international success: the entire starting lineup for the United States team in the 2019 Women's U25 Wheelchair Basketball World Championship consisted of UT Arlington players, along with a key starter for the Australian team, with three Lady Movin' Mavs (two from the US and the Australian starter) named to the first team all-tournament.

The school's colors are blue and white with orange becoming more prominent. The school mascot is a horse named Blaze. [24] UTA's former fight song, "Dixie", coincided with the school's Rebel mascot. After the mascot became more and more controversial, the fight song was changed and the current edition, the "UTA Fight Song", was established. [25]

UTA has Sun Belt rivalries with every West Division school (Little Rock, Arkansas State, Louisiana-Lafayette, Louisiana-Monroe, and Texas State). UTA currently maintains a primary rivalry with the Texas State Bobcats, their Sun Belt rival and a team which has been a conference rival every year since 1987, despite the two schools belonging to three different conferences in that time frame. As of the conclusion of the 2016–2017 seasons, UTA leads the all-time series in volleyball (42–35), men's basketball (36–33), softball (61–59), and football (2–0), and the Bobcats lead in women's basketball (31–39), and baseball (43–66).

UTA also maintains a relatively heated rivalry with North Texas Mean Green, though they haven't been members of the same conference since 1996. Primarily because the teams are only thirty miles apart and are the only Division I public universities in the Dallas–Fort Worth metroplex, the various sporting events between the two are some of the most attended of the year for each team. The longest standing rivalry is in men's basketball which began in 1925.

One of UTA's most anticipated baseball rivalries are with the TCU Horned Frogs. The two Tarrant County teams play annually in games that generate high attendance from both schools. 4,015 saw the UTA/TCU match-up at Globe Life Park in Arlington in 2013. Four of the top eight most attended games at Clay Gould Ballpark feature TCU as the visiting team.

With UTA beginning Sun Belt membership in 2013, they resumed conference rivalries with the Arkansas State Red Wolves, Louisiana Ragin' Cajuns and Louisiana-Monroe Warhawks, who were all members of the Southland Conference at various points during UTA's tenure.

Sports rivalries began at UT Arlington while it was a junior college known as the North Texas Agricultural College. A fierce rivalry developed in the 1930s with John Tarleton Agricultural College since both schools held junior college status in the Texas A&M system. Similar to the Aggie Bonfire tradition at the College Station campus, the host of the yearly football game between these teams built a bonfire. In 1939, two NTAC students flew a Taylorcraft Aircraft to the JTAC campus and dropped a phosphorus bomb on the bonfire to light it prematurely. While the plane was flying low after the bomb was dropped, a JTAC student was able to throw a piece of wood into the propeller and cause the plane to crash. The students were dragged from the wreckage and a 'J' was shaved into their heads. [26] Bonfires were canceled after this event. [27]