In 1652, Surry County was formed from the portion of James City County south of the James River. For more than 350 years it has depended on an agricultural economy. The county has 19 sites listed on the National Register, including a landmark occupied in 1676 known as Bacon's Castle and Chippokes Plantation (now a state park). The Jamestown Ferry provides easy access to Virginia's Historic Triangle, featuring Jamestown, Williamsburg, and Yorktown, linked by the National Park Service's Colonial Parkway.

During the Virginia Colony, Surry County was formed in 1652 from a portion of James City County (one of the original 8 counties formed in 1634) south of the James River. It was named for the English county of Surrey. Surry County initially consisted of two parishes of the Church of England: Lawne's Creek and Southwark.

Nearby, in 1665, Arthur Allen built a Jacobean brick house. A decade later it became known as Bacon's Castle because it was occupied as a fort or " castle" during Bacon's Rebellion against the Royal Governor, Sir William Berkeley. ( Nathaniel Bacon never lived at Bacon's Castle, but rather at Curles Neck Plantation in Henrico County, about 30 miles upriver on the James River's northern bank).

The first town, Cobham, was established in 1691 at the mouth of Gray's Creek, where it flows into the James River. Neighboring Sussex County was formed from the southwestern end of Surry County in 1754. After the American Revolutionary War, during which Tarleton's raiders looted the county, Surry County became part of the new Commonwealth of Virginia, one of the first 13 United States.

During the American Civil War, the Confederate Army included the Surry Light Artillery and the Surry Cavalry.

In 1873, a New Jersey timberman, David Steele, with financing from Baltimore interests, began a lumber business in Surry County, but went bankrupt a decade later. Baltimore investors Waters and Company incorporated the Surry Lumber Company in 1885. In 1886 it incorporated the Surry, Sussex and Southampton Railway, which delivered lumber to Scotland wharf on the James River (now the Jamestown Ferry terminal). The company (headquartered at Sedley, Virginia) and SS&S railroad grew, reaching their heyday around 1920. But the company did not replant after it cut the old growth pine, and found further logging in the area difficult after 1925.

In 1927 it closed its mills in Dendron, Virginia, causing considerable economic distress in the county. The railway went bankrupt in 1930. Gray Lumber Company of Waverly, Virginia, which replanted its timber cuts, bought 15,000 acres from the Surry Lumber Company in 1941, and other companies soon bought the rest of the company's acreage. [4]

As part of Virginia's "Massive Resistance" to integration following Brown v. Board of Education, Surry County closed its white public schools so no black students could attend. Various provisions were made to provide public support for private education for the white students affected.

The two-unit Surry Nuclear Power Plant was commissioned in 1972 and 1973, and is expected to remain active until 2053.

State Route 31 and State Route 40 bisect the county. Its major artery is the historic path along the south bank of the James River now known as State Route 10 between Prince George County and Isle of Wight County. 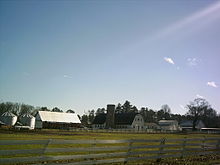 Blackwater Regional Library is the regional library system that provides services to the citizens of Surry.

Beginning on April 25, 2007, Surry County Sheriff Harold D. Brown and part-time county Commonwealth's Attorney (prosecutor) Gerald G. Poindexter led a high-profile dog fighting investigation. Authorities investigating Davon T. Boddie, 26, on a narcotics issue found evidence of dog fighting activities at a home and property in Surry County where he lived. It was owned by his cousin, then Atlanta Falcons NFL-football player Michael Vick. Officials confiscated 66 dogs, 55 of which were pit bulls, and other evidence. An ESPN source alleged that Vick was a "heavyweight" in dog fighting and had been known to wager $40,000 on the outcome of a single fight.

By August 20, 2007, all the defendants charged in Federal court, including Vick, had agreed to guilty pleas under plea bargain agreements. They were sentenced to terms ranging from 6 to 23 months, to be served in Federal prisons. The abused dogs were placed in foster or adoptive homes.

On 26 February 2009, Vick was approved for release to home confinement. He was released on 21 May 2009 to be confined for the remainder of his 23-month term of imprisonment under home confinement.