Suffolk is an independent city in the Commonwealth of Virginia. As of the 2010 census, the population was 84,585. [5] It is the largest city in Virginia by boundary land area as well as the 14th largest in the country.

Suffolk is located in the Hampton Roads metropolitan area. This also includes the independent cities of Chesapeake, Hampton, Newport News, Norfolk, Portsmouth, and Virginia Beach, and smaller cities, counties, and towns of Hampton Roads. With miles of waterfront property on the Nansemond and James rivers, present-day Suffolk was formed in 1974 after consolidating with Nansemond County and the towns of Holland and Whaleyville. The current mayor (as of 2014) is Linda T. Johnson. [6]

Suffolk was founded by English colonists in 1742 as a port town on the Nansemond River in the Virginia Colony. Originally known as Constant's Warehouse, for settler John Constant, Suffolk was renamed after Royal Governor William Gooch's home of Suffolk, a county in East Anglia, England. Before European contact, successive cultures of indigenous American tribes had lived in the region for thousands of years. At the time of English settlement, the Nansemond Indians lived along the river. Through purchase and warfare, the English pushed them off their lands. In the early colonial years, the English cultivated tobacco as a commodity crop, but later turned to mixed farming. Suffolk was designated as the county seat of Nansemond County in 1750.

Early in its history, Suffolk became a land transportation gateway to the areas east of it in South Hampton Roads. Before the American Civil War, both the Portsmouth and Roanoke Railroad and the Norfolk and Petersburg Railroad were built through Suffolk, early predecessors of 21st-century Class 1 railroads operated by CSX Transportation and Norfolk Southern, respectively. Other railroads and later major highways followed after the war.

Peanuts grown in the surrounding areas became a major agricultural industry for Suffolk. Notably, Planters' Peanuts was established in Suffolk beginning in 1912. Suffolk was the 'birthplace' of Mr. Peanut, the mascot of Planters' Peanuts. For many years, the call-letters of local AM radio station WLPM stood for World's Largest Peanut Market. 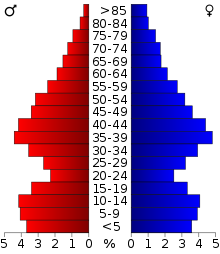 There were 23,283 households out of which 36.6% had children under the age of 18 living with them, 55.1% were married couples living together, 16.8% had a female householder with no husband present, and 23.9% were non-families. 20.2% of all households were made up of individuals and 8.1% had someone living alone who was 65 years of age or older. The average household size was 2.69 and the average family size was 3.09.

As of 2005, the city's median income jumped to $60,484. A number of government-related, contractor high-tech jobs had developed with new businesses in the city's northern corridor, bringing in wealthier residents. Suffolk ranked a close second in median income to its neighbor Chesapeake in South Hampton Roads. [13]

The city was hit by an EF3 tornado which produced a large swath of extensive damage through the city and nearby communities during the late afternoon of April 28, 2008. [14] After 4:00 PM EDT on April 28, a tornado touched down multiple times, causing damage and leaving more than 200 injured in Suffolk. the path of the storm passed north and west of the downtown area, striking near Sentara Obici Hospital and in the unincorporated town of Driver. The storm seriously damaged more than 120 homes and 12 businesses. The subdivisions of Burnett's Mill and Hillpoint Farms were severely damaged, as were several older historic structures in Driver. Near Driver, the large radio and television broadcast towers, which were located in an antenna farm serving most of Hampton Roads, were spared serious damage.

Governor Timothy Kaine declared a state of emergency and directed state agencies to assist the recovery and cleanup efforts. Police officers and firefighters from across Hampton Roads were sent to Suffolk to help in a quarantine and cleanup of the damaged areas. On May 1, the state estimated property damages at $20 million.

Video of the tornado.

Suffolk's early growth depended on its waterfront location, with access to the waterways for power and transportation. Subsequent transportation infrastructure upgraded its connections with other markets. These continue to be major factors in the 21st century.

The Dismal Swamp National Wildlife Refuge includes dozens of miles of trails accessible via White Marsh Road at Washington Ditch and other entry sites. Additional bike trails can be found at Lone Star Lakes City Park off Godwin Blvd. This city park provides over 4 miles (6.4 km) of rock trails. There are many rural roads with light traffic available for road riding. Adjacent to Suffolk is Smithfield, where a city facility called Nike Park includes a bike trail approximately 2​1⁄2 miles in a loop.

Suffolk was initially a port at the head of navigation of the Nansemond River. The Nansemond flows into the James River near its mouth and the ice-free harbor of Hampton Roads.

The two railroads completed through Suffolk before the American Civil War were later joined by four more. These were eventually consolidated during the modern merger era of North American railroads which began around 1960. Suffolk was once served by Amtrak's Mountaineer, but passenger service ended in 1977. The Suffolk station now serves as a railroad museum.

Today, Suffolk is served by three freight railroads. It is located on a potential line for high-speed passenger rail service between Richmond and South Hampton Roads, being studied by the Virginia Department of Rail and Public Transportation.

In 2006, Suffolk assumed control of its road system from the Virginia Department of Transportation, which is customary among Virginia's independent cities. Since the Byrd Road Act of 1932 created Virginia's Secondary Roads System, the state maintains the roads in most counties and towns. An exception was made by the General Assembly when the former Nansemond County became an independent city and consolidated Suffolk in the 1970s. The state maintained the primary and secondary routes in Suffolk until July 1, 2006.

The Monitor–Merrimac Memorial Bridge–Tunnel connects Suffolk to the independent city of Newport News on the Virginia Peninsula from South Hampton Roads. It is part of the Hampton Roads Beltway, a circumferential interstate highway that links the seven largest cities of Hampton Roads. Completed in 1992, it provided a third major vehicle crossing of the Hampton Roads harbor area and cost $400 million to build.

The city and VDOT have had disputes over ownership and responsibility for the Kings Highway Bridge (circa 1928) across the Nansemond River on State Route 125. VDOT closed it in 2005 for safety reasons. [15] [16]

About 3,300 motorists a day used the bridge that connected Chuckatuck and Driver. The closure forced detours of as much as 19 miles (31 km). The cost of a new bridge for the King's Highway crossing is estimated at $48 million, far more than could be recovered through collection of tolls at that location. [17] In 2007, VDOT announced that it would contract for demolition and removal of the bridge. According to newspaper accounts, this was the first time in VDOT's history that it did not plan for a replacement facility. [18]

Virginia is reviewing proposals under a public-private partnership for a major realignment and upgrade of U.S. 460 from Suffolk west to Interstate 295 near Petersburg. In 1995, the Virginia General Assembly passed the Public-Private Transportation Act, allowing private entities to propose innovative solutions for designing, constructing, financing, and operating transportation improvements. The new roadway would be funded through collection of tolls.

As part of the Suffolk 2026 Comprehensive Plan, the city plans to bypass the crossroads community of Whaleyville in southwestern Suffolk City. US 13 (along with NC Highway 11) is a strategic highway corridor in North Carolina toward Greenville. [19] [20]

In 2002, the new Louise Obici Memorial Hospital was completed and dedicated. It was acquired in 2005 by the Sentara Health System. Planters' Peanuts has been a major employer, now owned by Kraft Foods. Each fall since 1977, the City of Suffolk hosts Suffolk Festivals Incorporated's annual Peanut Fest.

Other large employers in the City of Suffolk include Unilever, Lipton Tea, Wal-Mart, Target, QVC, and two major modeling and simulation companies, Lockheed Martin and Raytheon. Lockheed Martin built its "Center for Innovation" around a lighthouse in Suffolk, for which the campus is called 'The Lighthouse'. Raytheon won a DoD contract to manufacture 'Miniature Air-Launched Decoy Jammers'(MALD-J), which it has been producing with Cobham Composite Products: 202 vehicles for a price of $81 million . [22]

The U.S. Joint Forces Command (JFCOM) facility, near the intersection of US 17 and Interstate 664, has resulted in a growth in defense contracting and high tech jobs since 1999. Through the following decade, JFCOM employed a growing number of defense contractors until it reached over 3,000.[ citation needed] By September 2010, US Secretary of Defense Robert Gates recommended to decommission JFCOM, as a matter of reallocating and rebalancing the U.S. Department of Defense budget, to better address changing needs and fiscal demands.

The announcement led to speculation about the effects the loss of JFCOM would have on the Hampton Roads economy in general and (more specifically), on the future of related businesses located in the Harborview section of Suffolk. In August 2011 JFCOM was disestablished. But many critical JFCOM functions, such as joint training, joint exercises, and joint development were retained in the buildings vacated by JFCOM, under the auspices of the Joint Staff J7 Directorate, referred to as either "Pentagon South" [22] or "Joint and Coalition Warfighting".

Suffolk is also served by several television stations. The Hampton Roads designated market area (DMA) is the 42nd largest in the U.S. with 712,790 homes (0.64% of the total U.S.). [26] The major network television affiliates are WTKR-TV 3 ( CBS), WAVY 10 ( NBC), WVEC-TV 13 ( ABC), WGNT 27 ( CW), WTVZ 33 ( MyNetworkTV), WVBT 43 ( FOX), and WPXV 49 ( ION Television). The Public Broadcasting Service station is WHRO-TV 15. Suffolk residents also can receive independent stations, such as WSKY broadcasting on channel 4 from the Outer Banks of North Carolina and WGBS-LD broadcasting on channel 11 from Hampton. Suffolk is served by Charter Communications. [27] The City of Suffolk Media & Community Relations Department operates Municipal Channel 8 on the local Charter Cable television system. Programming includes television coverage of many City activities and events, including live Government-access television (GATV) broadcasts of all regular City Council meetings, and special features including "On The Scene", "Suffolk Seniorcize", and "Suffolk Business Today". DirecTV and Dish Network are also popular as an alternative to cable television in Suffolk.

In 1981, Suffolk County, England became Suffolk's first sister city as a result of the personal interest in the Sister Cities concept by Virginia's Governor, Mills E. Godwin. A native of the city, Governor Godwin believed that Sister Cities would benefit the community culturally and educationally. Suffolk's second sister city relationship with Oderzo, Italy, began in 1995 because of one man, Amedeo Obici. Mr. Obici was a native of Oderzo and the founder of Planters Nut and Chocolate Company in Suffolk.

SSCI and its international youth association, SIYA, have won national awards for Youth and Education and for the Best Overall Program for cities with populations less than 100,000. [37]

The Suffolk Seaboard Station Railroad Museum, located at 326 N Main Street, is housed in a historic Norfolk & Western Railroad station that was later used by Amtrak until 1977 when the Mountaineer ended. The museum features a model train layout depicting Suffolk, and railroad memorabilia. Admission is free, but donations are accepted. The museum is open year-round.

The climate in this area is characterized by hot, humid summers and generally mild to cool winters. According to the Köppen Climate Classification system, Suffolk has a humid subtropical climate, abbreviated "Cfa" on climate maps. [38]