The paper has 16 overseas editions, published by nine overseas news bureaus and circulated in 100 cities in China and abroad.[ citation needed] 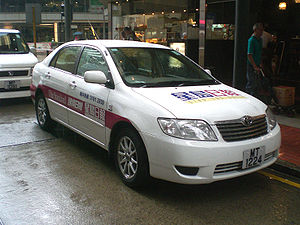 The parent company of the Sing Tao Daily, since 2002 was Sing Tao News Corporation (and previously Sing Tao Holdings) and is based in Hong Kong. The Sing Tao Daily was first published in the same year.

After establishing its overseas base office in New York City in 1965, the Sing Tao set up International News Centres in New York, Los Angeles, San Francisco, Toronto (1978), Vancouver, Calgary, London, and Sydney. In all, the company now has twenty-two offices globally.[ citation needed]

In 1998, members of the management team were found guilty of falsifying circulation numbers of sister newspaper The Standard. The Hong Kong government's decision not to charge the chairwoman Sally Aw for reasons of "public benefit" turned into a scandal for the Hong Kong legal system and was quoted as a reason for the million's march on 1 July 2003. Shortly after, financial problems forced Aw to sell out her stock in Sing Tao Holdings in 1999.

The Sing Tao has a long pro-government history. Before the reunification of Hong Kong with China, it supported the Kuomintang and British Hong Kong Government; and once Hong Kong was transferred of sovereignty and turned into a special administrative region, it turned support to the Beijing government. [1] [2] [3] [4] [5] [6]

Charles Ho, chairman of Sing Tao News Corp Ltd., and his predecessor Sally Aw, were both members of the Chinese People’s Political Consultative Conference, a select group of the Chinese Communist Party’s loyal friends and allies. [7]

According to a 2013 report by Center for International Media Assistance, "The Long Shadow of Chinese Censorship: How the Communist Party’s Media Restrictions Affect News Outlets Around the World," a number of patterns emerged in recent decades that signalled Sing Tao was under influence or directly controlled by the Chinese Communist Party: management and owners began practicing “self-censorship”, “high-risk” contributors were being terminated, and high turnover rates increased as journalists left due to an “unpalatable editorial policy.” [8]

A 2001 report on Chinese media censorship by the Jamestown Foundation cited Sing Tao as one of four major overseas Chinese newspapers directly or indirectly controlled by Beijing. [9] “Four major Chinese newspapers are found in the U.S.—World Journal, Sing Tao Daily, Ming Pao Daily News, and The China Press," reads the report, “Of these four, three are either directly or indirectly controlled by the government of Mainland China, while the fourth (run out of Taiwan) has recently begun bowing to pressure from the Beijing government.”

The point of view on the influence of Chinese Communist Party, was also stated by another author John Manthorpe in his book Claws of the Panda. [10]