Sheraton Hotels and Resorts is an international hotel chain owned by Marriott International. As of June 30, 2020, Sheraton operates 446 hotels with 155,617 rooms globally, including locations in North America, Africa, Asia Pacific, Central and South America, Europe, the Middle East and the Caribbean, in addition to 84 hotels with 23,092 rooms in the pipeline. [3]

The origins of Sheraton Hotels date to 1933, when Harvard classmates Ernest Henderson and Robert Moore purchased the Continental Hotel in Cambridge, Massachusetts. In 1937, Henderson and Moore purchased the Standard Investing Company and made it the company through which they would run their hotels. Also in 1937, they purchased their second hotel, and the first as part of the new company, the Stonehaven Hotel in Springfield, Massachusetts, a converted apartment building. The chain got its name from the third hotel the pair acquired, in Boston, which already had a large lighted sign on the roof saying "Sheraton Hotel," which was too expensive to change. Instead, Henderson and Moore decided to call all of their hotels by that name. [4]

Henderson and Moore purchased Boston's famed Copley Plaza Hotel in 1944, [5] and continued expanding rapidly, buying existing properties along the East Coast from Maine to Florida. In 1947, Sheraton was the first hotel chain to be listed on the New York Stock Exchange. [6] Sheraton Hotels merged with U.S. Realty and Improvement Corp. in 1948, forming Sheraton Corporation of America. 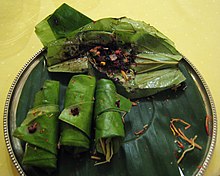 In 1950, Sheraton expanded internationally, paying $4.8 million to purchase Cardy Hotels, a chain of six properties in the Canadian provinces of Ontario and Quebec. [7] In 1956, Sheraton paid $30 million to buy the Eppley Hotel Company, which was then the largest privately held hotel business in the United States, with 22 properties across six Midwestern states. [8] In 1957, Sheraton, which had previously focused on acquiring existing hotels, opened its first newly built hotel, the Philadelphia Sheraton Hotel. [9] In 1958, Sheraton became the first hotel chain to centralize and computerize its reservations when it introduced Reservatron, the hotel industry's first automatic electronic reservations system. [10] In 1959, Sheraton acquired its first properties outside North America, purchasing four hotels owned by the Matson Lines on Waikiki Beach in Honolulu, Hawaii. [11]

The early 1960s saw the arrival of the first Sheraton hotels outside the US and Canada, with the opening of the Sheraton-Tel Aviv Hotel in Israel in March 1961; the Sheraton-Kingston Hotel in Jamaica, [12] and the Sheraton-British Colonial Hotel in Nassau, Bahamas, both in 1962; and the Macuto-Sheraton Hotel outside Caracas, Venezuela, in 1963. In 1962, the Sheraton Motor Inns franchise division was created to operate large highway motels providing free parking. [13] In 1965, the 100th Sheraton property, the Sheraton-Boston Hotel, opened. [14] In 1967, Sheraton unveiled Reservatron II, a computer system for personalized reservations. [10]

The multinational conglomerate ITT purchased the chain in 1968. That same year, ITT sold eighteen aging Sheraton properties for rebranding. [15] Under ITT's ownership, Sheraton quickly moved away from ownership and operation of its properties to a new model of franchising and management, as the chain expanded greatly both in the US and abroad. [16]

In late 1969, Sheraton introduced the hotel industry's first [10] nationwide toll-free number, which displaced two hundred local Sheraton reservation numbers. [17] [18] The radio jingle for "Eight-Oh-Oh, Three-Two-Five, Three-Five Three-Five" [19] [20] "ran throughout the decade and into the eighties" but the jingle's lifespan went even beyond. [21]

In 1970, Sheraton introduced the Sheraton Towers concept, a line of luxury "hotel-within-a-hotel" facilities designed for business travelers and located within Sheraton's largest and most exclusive hotels. The first Sheraton Towers to open was in the chain's flagship Sheraton-Boston Hotel. [16]

In 1985, Sheraton became the first western chain to operate a hotel bearing the name of an international company [a]in the People's Republic of China, when it assumed management of the Great Wall Hotel in Beijing, a financially troubled two-year-old Chinese-American joint venture, [24] which became the Great Wall Sheraton. [25]

On January 13, 1992, ITT Sheraton designated 28 of its premier hotels and 33 of the Sheraton Towers as the ITT Sheraton Luxury Collection. [27] The flagship of the division was The St Regis in New York City.

In 1994, ITT Sheraton purchased a controlling interest in the Italian CIGA chain, [28] the Compagnia Italiana Grandi Alberghi, or Italian Grand Hotels Company. The chain had begun by operating hotels in Italy, but over-expanded across Europe just as a recession hit, and had been seized from its previous owner, the Aga Khan, by its creditors. [29] The majority of these hotels were placed in the ITT Sheraton Luxury Collection, though a few were placed in the Sheraton division.

Starwood also began marketing The Luxury Collection as a completely separate brand, even though it contained a large number of hotels still named Sheraton. Most of those properties have since been renamed. Only three such hotels remain today - Sheraton Addis in ( Addis Ababa, Ethiopia), Sheraton Grande Sukhumvit in ( Bangkok, Thailand), and Sheraton Kuwait in ( Kuwait City, Kuwait).

In 1999, Sheraton bought the remaining shares in CIGA that it did not already own, giving it complete ownership. [32]

In 2016, Marriott International purchased Starwood Hotels, and the newly merged company became (once again [26]) the largest hotel and resort company in the world. Although the Sheraton brand expresses quality in Asia, aging properties have made the US market more problematic. [33]

(Sheraton only. Excludes The Luxury Collection and Four Points by Sheraton)