The Sheldon National Wildlife Refuge is a 573,504-acre (232,089 ha) national wildlife refuge on the northern border of the U.S. state of Nevada. A very small part extends northward into Oregon. It is managed by the United States Fish and Wildlife Service (USFWS) as the Nevada component of the Sheldon-Hart Mountain National Wildlife Refuge Complex, which is headquartered in Lakeview, Oregon. The Sheldon Refuge is noted for its population of wild horses, now all removed and The Virgin Valley Mining District for Black Precious Opals,the State Gemstone, still very active with multiple fee dig mines. A point within the refuge is also the farthest place in the continuous US from a McDonald's restaurant, at just 115 miles. (185 kilometers)

In 1931, the refuge was established under executive order to carry out three central goals: First, the refuge was to provide a habitat for the "antelope" (more properly called the pronghorn), an animal whose population was in decline during the early 1900s. Second, conservation efforts were put forth to protect native fish, wildlife and plants. The refuge contains the very active and popular Virgin Valley Opal Mining District and was grandfathered in with all rights. Finally, the refuge was to serve as an inviolate migratory bird sanctuary. [3]

Advocates characterize Sheldon as one of the few intact sagebrush steppe ecosystems in the Great Basin, one that hosts a variety of wildlife endemic to the unique environment. [4] Desert fishes, greater sage-grouse, migratory birds, mule deer and the pygmy rabbit are all residents. 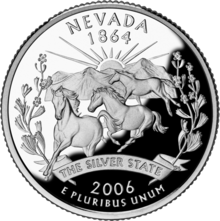 In this forbidding landscape lives a large population of free-range fauna, with the pronghorn - North America's fastest land mammal - being the best known and numbering around 3,500. There are also large herds of mustang, mule deer, and a small but self-sustaining population of bighorn sheep.

The bighorn are not strictly native to the Sheldon Refuge, having been extirpated there during the frontier era and reintroduced about 1930. [5] The pronghorn "antelope" played a key role in the refuge's history, as approximately 94 percent of the current protected land area was originally set aside as the Charles Sheldon Antelope Range in 1936. [6] The refuge is the home of an endemic fish species of limited geographic distribution, the Alvord chub. The population of Sheldon horses are the descendants of horses used by the U.S. Army. Harry Wilson was one of the ranchers that sold horses to the U.S. cavalry. When the Wilsons owned the Virgin Valley Ranch, they worked with the Army, which provided thoroughbred stallions that were bred with the Wilsons' standardbreds. [7]

Nevada State Route 140 traverses the refuge from east to west and is the only paved road within the refuge. The nearest community of any size is Denio, Nevada, 14 miles from the refuge's eastern boundary. The nearest divided highway is Interstate 80 in Winnemucca, Nevada, approximately 100 miles to the south. County Road 8A connects to Cedarville Ca.

Proposals to cull some of the alleged excess population of mustang in the Sheldon National Wildlife Refuge were drawing public concern as of 2008 [update]. The official USFWS position, as stated on their refuge's website, was "horses and burros are not native to Sheldon Refuge. They are descended from domestic stock turned loose around the turn of the twentieth century. They are primarily grass eaters, and their grazing can devastate native vegetation and cause severe damage to riparian habitat." [5] Some private-sector advocates, such as the Sierra Club, agree with the USFWS position. [4]

In response, the American Wild Horse Preservation Campaign has accused the USFWS of conducting "helicopter round-ups during foaling season" in the Sheldon Refuge. [8] Due to the negative impact horses and burros have riparian areas and the resulting strain on native wildlife, Sheldon NWR officials announced a decision to remove all horses from the refuge by 2014 and they all were removed. [9]