From Wikipedia, the free encyclopedia
(Redirected from Shelby Museum)
Automobile manufacturer
Not to be confused with Shelby SuperCars.
"Shelby American" redirects here. For the NASCAR race that ran with the name in 2010, see Kobalt 400.

Carroll Shelby International was previously working with Texas-based Unique Performance to create new Mustang-based Shelby cars such as the GT350SR and " Eleanor". On November 1, 2007, Unique Performance was raided by the Farmers Branch Police Department due to VIN irregularities and subsequently declared bankruptcy, which effectively ended the Shelby continuation "Eleanor" production and the relationship. [4] 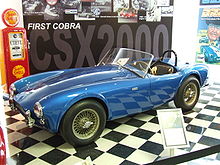 The first AC Cobra, CSX2000, at the Shelby Museum

The Ford Mustang platform was adapted by Shelby American to produce the Shelby GT350, and Shelby GT500.

Shelby American moved in 1998 to Nevada becoming the first automobile manufacturer in Nevada and began production.

In 1999 the company was sold to Venture Corporation, for production of the Series I model. Cobra production was not part of the transfer of ownership.

In 2003, a new holding company was formed called "Carroll Shelby International, Inc.", and it was taken public. Shelby Automobiles was also created as a subsidiary and manufacturing arm of the new company. [1]

In 2004, Shelby Automobiles purchased Shelby American Inc. and the assets to the Series I model.

On December 15, 2009, Carroll Shelby International announced in a press release that Shelby Automobiles was being renamed to "Shelby American" in celebration of the 45th anniversary of 427 Cobra and GT350. [2]

The Shelby Museum is located on site in Las Vegas, NV. It includes a wide range of Shelby vehicles, from the first Cobra CSX2000 to prototypes of Series 1 and some of the latest creations.[ citation needed] 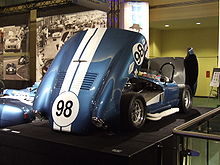 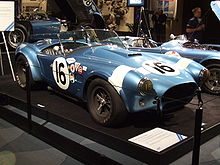 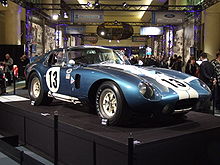 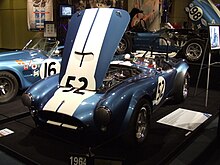 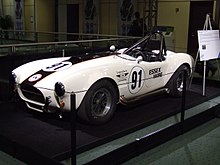