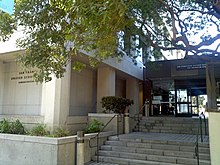 San Francisco Unified School District (SFUSD), established in 1851, is the only public school district within the City and County of San Francisco, and the first in the state of California. [2] Under the management of the San Francisco Board of Education, the district serves more than 55,500 students in more than 160 institutions. [3]

SFUSD utilizes an intra-district school choice system and requires students and parents to submit a selection application. Every year in the fall, the SFUSD hosts a Public School Enrollment Fair to provide families access to information about all the schools in the district. This system is set to change as the school board has resolved to overhaul the system to ensure that more students (at least at the elementary level) are placed at neighborhood schools. [4]

SFUSD has the second highest Academic Performance Index among the seven largest California school districts. [5] Newsweek’s national ranking of "Best High Schools in America" named seven SFUSD high schools among the top five percent in the country in 2007. In 2005, two SFUSD schools were recognized by the federal government as No Child Left Behind Blue-Ribbon Schools. 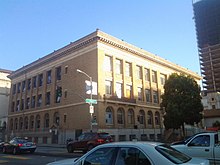 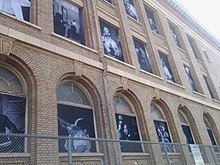 SFUSD previously practiced a race-based admissions system. In 1983 the NAACP sued the school district and won a consent decree that mandated that no more than 45% of any racial group may make up the percentage of students at a single school. At the time, white and black students were the largest demographic groups in the school district. The decree was intended to benefit black children. When it was discovered that Hispanic children also had low test scores, they were added to the decree's intended beneficiaries. [6]

In a five-year period ending in 1999, Asian and Latino students were the largest demographic groups in the SFUSD. In 1994, after several ethnic Chinese students were denied admission to programs because too many ethnic Chinese students were present, ethnic Chinese parents sued SFUSD arguing that the system promoted racial discrimination. [6] On April 15, 1998, the Chinese-American group asked a federal appeals court to end the admissions practice. [7] The system required ethnic Chinese students to receive higher scores than other ethnic groups in order to be admitted to Lowell High School, the city's most prestigious public high school. [7] [8] Waldemar Rojas, the superintendent, wanted to keep the decree because the district had received $37 million in desegregation funds. The NAACP had defended the decree. White parents who were against the racial quotas had a tendency to leave San Francisco. [6]

In 1998 a federal appeals court ruled that the race-based criteria should not be ended, but that SFUSD is required to justify why it required higher test scores from ethnic Chinese applicants to gain admission to the school district's most prestigious high school and that the school district is required to prove, during a trial held in the 1999-2000 school year, that segregation is remaining in the school system and that the limitation of the ethnic groups at each school is the only possible remedy. [9] On February 16, 1999, lawyers representing the Chinese parents revealed that the school district had agreed to a settlement that removed the previous race-based admission system; William Orrick, the U.S. district judge, had planned to officially announce the news of the settlement the following day. [6] The district planned to implement a "diversity index" in which race was one factor, but in December 1999 Orrick rejected the plan as unconstitutional. Orrick ordered the district to resubmit the plan without race as a factor or to resubmit the plan under the settlement that had been reached with the Chinese parents. [10] In January 2000 the district agreed to remove race as a factor of consideration for admission. [11] In 2007 the U.S. Supreme Court had ruled that race may not be an admission factor for a K-12 school. [12]

As of 2007 SFUSD admission factors include race-neutral aspects, such as the socioeconomic status of a student's family. Lyanne Melendez of KGO-TV wrote in 2007 "but the local courts and the district have found that race-neutral factors haven't worked in San Francisco's case." [12]

Galileo Academy of Science and Technology 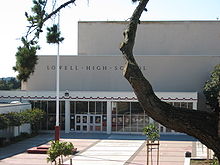 The following is a list of SFUSD Superintendents: (additional information is needed to complete the list between 1851 and 1934)