The university was founded in 1899 as a state-run normal school for training school teachers, obtaining state college status in 1921 and state university status in 1972. The 141 acre campus is located in the southwest part of the city, less than two miles from the Pacific coast. San Francisco State has 12 varsity athletic teams which compete at the NCAA Division II level, most as members of the California Collegiate Athletic Association. 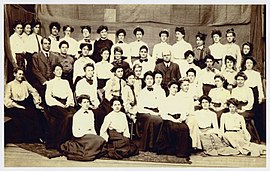 SF Students hold signs in solidarity and support of the Third World Liberation Front 2016, the name of the court students on a hunger strike to defend the SF State College of Ethnic Studies, during an emergency press conference in the Quad Monday, May 9 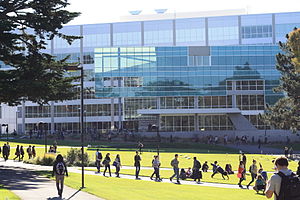 The university's academic colleges are:

In addition, the university has a College of Extended Learning.

SF State is on the semester system.

The most popular undergraduate majors are Business Administration, Biology, Kinesiology, Engineering, English, Communication Studies, Psychology, Criminal Justice Studies, Sociology, and Cinema. [24] The student-faculty ratio at San Francisco State University is 23:1, and 27.1 percent of its classes have fewer than 20 students. [25]

In 2011, SFSU ranked 18th among the top 20 undergraduate schools whose alumni went on to be admitted to the State Bar; many subsequently ran for public office. [40] The university's College of Extended Learning offers the only American Bar Association-approved paralegal studies program in San Francisco. [38]

The Cinema Department, in the College of Liberal & Creative Arts, was named one of the world's best film schools by Variety in 2019. [41] SFSU was also listed as one of the nation's top 25 film schools by The Hollywood Reporter, having produced many leading filmmakers, with over 13 Academy Award wins among its alumni. [42] [40]

In 1969, the longest student strike in U.S. history [46] resulted in the establishment of the College of Ethnic Studies and increased recruiting and admissions of students of different and varied ethnic backgrounds. 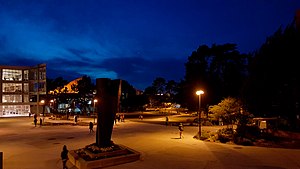 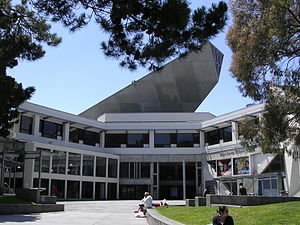 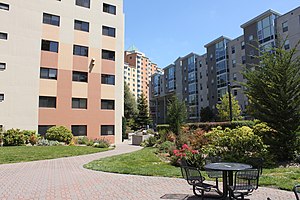 A dormitory building, Verducci Hall, was imploded in 1999, having sustained damage from the 1989 Loma Prieta earthquake. [59]

As of 2019, the Gators have earned one NCAA team championship at the Division II level: [64]

The school first adopted their mascot, the Gator, in 1931. After a call for a mascot by the student newspaper the Bay Leaf, students suggested the "alligator" for its strength and steadfastness. The students also suggested the spelling "Golden Gaters," with an "e," in reference to the Golden Gate. Students voted in favor of the name, but after numerous "misspellings" by the newspaper, the use of Gator, with an "o," stuck. [66] [67]