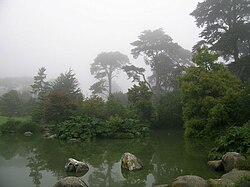 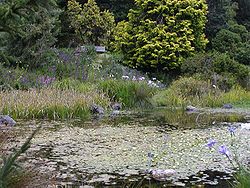 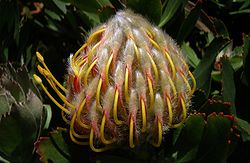 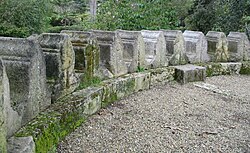 Stones from the Spanish monastery Santa Maria de Ovila can be found in the library reading patio, the Rhododendron pavilion, and the Garden of Fragrance. 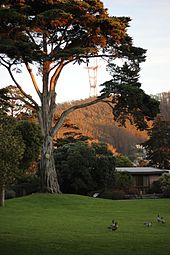 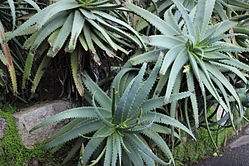 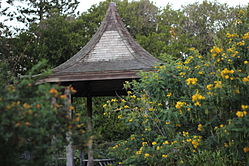 San Francisco's County Fair Building is located near the main entrance to the Garden.

Plans for the garden were originally laid out in the 1880s by park supervisor John McLaren, but funding was insufficient to begin construction until Helene Strybing left a major bequest in 1927. [4] Planting was begun in 1937 with WPA funds supplemented by local donations, and the Arboretum officially opened in May 1940. [5] As a part of Golden Gate Park, it is officially managed by the city of San Francisco, but the San Francisco Botanical Garden Society plays an important role in providing educational programs, managing volunteers, curatorial staff, and more. Formed in 1955, the San Francisco Botanical Garden Society (formerly the Strybing Arboretum Society) operates the Helen Crocker Russell Library of Horticulture, Garden Bookstore, and monthly plant sales, and offers a wide range of community education programs for children and adults. The Society also raises money for new projects and Garden renovations.

The gardens are organized into several specialized collections:

The mild Mediterranean climate is ideal for plants from surprisingly many parts of the world; the arboretum does not include greenhouses for species requiring other climate types.