While ten SEC members have played in the game, only six have won: Florida, Georgia, and Tennessee of the East Division, and Alabama, Auburn, and LSU of the West Division. Each of these teams has won the championship multiple times. LSU is the reigning SEC champion.

The SEC was the first NCAA conference in any division to hold a football championship game that was exempt from NCAA limits on regular-season contests. Such a game was made possible by two separate developments. The first came in 1987, when the NCAA membership approved a proposal sponsored by the Division II Pennsylvania State Athletic Conference and Central Intercollegiate Athletic Association that allowed any conference with 12 football members to split into divisions and stage a championship game between the divisional winners. The SEC took advantage of this rule by adding the University of Arkansas and the University of South Carolina in 1992, bringing the conference membership to 12, and splitting into two football divisions. [1] The format has since been adopted by other conferences to decide their football champion (the first being the Big 12 in 1996). 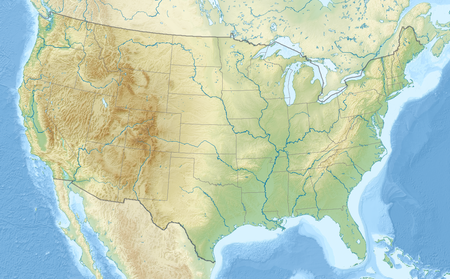 In the final years of the Bowl Championship Series, the game was nicknamed the "national semifinal" for college football. The 2008, 2009, and 2012 games were essentially national semifinal games, as both participating teams were virtually guaranteed a berth in the BCS national championship game with a win. The 2013 game, the last held in the BCS era, was not thought of as such at the time of the game, but results of other games later that day meant that it effectively was such a semifinal.

Results from all SEC Championship games that have been played. [4] Rankings are from the AP Poll released prior to matchup.

After the 2019 contest, the designated "home" team is 16–12 overall in SEC championship games.

In 2009, the West champion, Alabama, was the home team, ending a streak where the SEC West team had worn white jerseys in nine consecutive SEC Championship Games (2000–2008). This was because LSU had represented the West in the previous four seasons that the West Division champion was the "home" team, and LSU traditionally chooses to wear white jerseys for home games. Additionally, for the next three years (2010–2012), the East Division representative wore their home jerseys because in 2011, LSU again represented the West. [4]

Matchups that have occurred more than once:

Division standings are based on each team's overall conference record. The SEC Commissioner's Regulations requires each football team play all eight conference games in a season in order to be eligible to compete for a divisional title and play in the SEC Championship Game. Often, two or more teams tie for the best record in their division and each team is recognized as a divisional co-champion. However, tiebreakers are used to determine who will represent the division in the championship game. [7]

NOTE: Although all division rivals meet during the season and NCAA overtime is played, the SEC has provisions in case a game ends in a tie, which is possible under NCAA Rule 3-3-3 (c.2) and (d), Suspending the Game, and Commissioner's Regulations (including a tie game after the end of three periods, at the point the game is suspended in the fourth period, or end of regulation, or if one team had played their overtime period but the opponent had not played, when the game reaches the conference curfew of 1:30 a.m. local time), or if the two tied teams did not play an official game because of weather (including a game that ends before the end of three periods), which is possible because numerous conference teams have had games affected by hurricanes but also lightning. As such, SEC rules, written before overtime was implemented in regular season play, still contain the remaining procedures if those circumstances were to happen. [7]

(Once the tie has been reduced to two teams, go to the two-team tie-breaker format.)

Currently the SEC champion plays in the Sugar Bowl unless it has been selected to play in a College Football Playoff semifinal bowl, or if the Sugar Bowl is hosting a CFP semifinal and the SEC champion either does not qualify for the CFP or has a seeding that prevents it from appearing in the Sugar Bowl. [8] In the SEC Championship Game era, eleven winners of the game have gone on to win the national title (outright or shared), with thirteen SEC teams winning national titles overall, including seven consecutive titles from the 2006–2012 seasons. There are two occasions when the SEC champion advanced to the BCS or CFP but lost to another SEC team which won the national championship: In 2011 LSU won the SEC Championship Game and advanced to the BCS National Championship Game which they lost 21–0 to fellow SEC member Alabama, and in 2017 Georgia won the SEC Championship Game and advanced to the College Football Playoff, defeating Oklahoma in the semifinal and advancing to the CFP final game, which they lost 26–23 in overtime to SEC member Alabama.

Rankings are from the AP Poll at the time the game was played.

Rankings are from the AP Poll at the time the game was played.