For other men with the same name, see: Richard Henry Dana (disambiguation).

Richard Henry Dana Jr. (August 1, 1815 – January 6, 1882) was an American lawyer and politician from Massachusetts, a descendant of a colonial family, who gained renown as the author of the classic American memoir Two Years Before the Mast. Both as a writer and as a lawyer, he was a champion of the downtrodden, from seamen to fugitive slaves and freedmen.

Dana was born in Cambridge, Massachusetts, on August 1, 1815 [1] into a family that had settled in colonial America in 1640, counting Anne Bradstreet among its ancestors. [2] His father was the poet and critic Richard Henry Dana Sr. As a boy, Dana studied in Cambridgeport under a strict schoolmaster named Samuel Barrett, alongside fellow Cambridge native and future writer James Russell Lowell. [3] Barrett was infamous as a disciplinarian who punished his students for any infraction by flogging. He also often pulled students by their ears and, on one such occasion, nearly pulled Dana's ear off, causing the boy's father to protest enough that the practice was abolished. [4]

In 1825, Dana enrolled in a private school overseen by Ralph Waldo Emerson, whom Dana later mildly praised as "a very pleasant instructor", though he lacked a "system or discipline enough to ensure regular and vigorous study." [4] In July 1831, Dana enrolled at Harvard College, where in his freshman year his support of a student protest cost him a six-month suspension. [5] In his junior year, he contracted measles, which in his case led to ophthalmia.

Fatefully, the worsening vision inspired him to take a sea voyage. But rather than going on a fashionable Grand Tour of Europe he decided, despite his social standing, to enlist as a merchant seaman. On August 14, 1834 he departed Boston aboard the brig Pilgrim, captained by Frank Thompson, bound for Alta California, at that time still a part of Mexico. [6] This voyage would bring Dana to a number of settlements in California (including Monterey, San Buenaventura, San Pedro, San Juan Capistrano, San Diego, Santa Barbara, Santa Clara and San Francisco). After witnessing Thompson's sadistic practices, including a flogging on board the ship, he vowed that he would try to help improve the lot of the common seaman. The Pilgrim collected hides for shipment to Boston, and Dana spent much of his time in California at San Diego's Point Loma curing hides and loading them onto the ship.

Dana's description of his time on Point Loma shows love and concern for the Hawaiians who also worked there. He may have been predisposed to feel positively toward them by a previous stay in Andover, Massachusetts, among evangelicals who had embraced Hawaiians in New England and sent the first Protestant missionaries to Hawaii. [7]

Wishing to return home sooner, Dana was reassigned by the ship's owners to a different ship: the Alert. Dana gives the classic account of the return trip around Cape Horn in the middle of the Antarctic winter. He describes terrifying storms and profound beauty, giving vivid descriptions of icebergs, which he calls incomparable. The most incredible part perhaps is the weeks and weeks it took to negotiate passage against winds and storms—all the while having to race up and down the ice-covered rigging to furl and unfurl sails. At one point he had an infected tooth, and his face swelled up so that he was unable to work for several days, despite the need for all hands. He also describes the scurvy that afflicts members of the crew after the rounding of the Horn. In White-Jacket, Herman Melville wrote, "But if you want the best idea of Cape Horn, get my friend Dana's unmatchable Two Years Before the Mast. But you can read, and so you must have read it. His chapters describing Cape Horn must have been written with an icicle." [8]

On September 22, 1836, Dana arrived back in Massachusetts. [9] He thereupon enrolled at what is now Harvard Law School, then called the Dane Law School. Graduated in 1837, he was admitted to the bar in 1840 [10] and went on to specialize in maritime law. In the October 1839 issue of a magazine, he took a local judge, one of his own instructors in law school, to task for letting off a ship's captain and mate with a slap on the wrist for murdering the ship's cook, beating him to death for not "laying hold" of a piece of equipment. The judge had sentenced the captain to ninety days in jail and the mate to thirty days. [11] [12]

In 1841, Dana published The Seaman's Friend, which became a standard reference on the legal rights and responsibilities of sailors. He defended many common seamen in court. 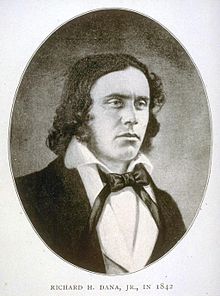 During his voyages he had kept a diary, and in 1840 (coinciding with his admission to the bar) he published a memoir, Two Years Before the Mast. The term "before the mast" refers to sailors' quarters, which were located in the forecastle (the ship's bow), officers' quarters being near the stern. His writing evinces his later sympathy for the oppressed. With the California Gold Rush later in the decade, Two Years Before the Mast would become highly sought after as one of the few sources of information on California.

Dana became a prominent abolitionist, helping to found the anti- slavery Free Soil Party in 1848, and represented the fugitive slave Anthony Burns in Boston in 1854. He was a member of the Boston Vigilance Committee, an organization that assisted fugitive slaves. [13]

In 1853 Dana represented William T. G. Morton in Morton's attempt to establish that he discovered the "anaesthetic properties of ether". [14]

In 1859, while the U.S. Senate was considering whether the United States should try to annex the Spanish possession of Cuba, Dana traveled there and visited Havana, a sugar plantation, a bullfight, and various churches, hospitals, schools, and prisons, a trip documented in his book To Cuba and Back.

During the American Civil War, Dana served as a United States Attorney, and, in the Prize Cases, successfully argued before the Supreme Court that the United States Government could rightfully blockade Confederate ports. After the close of the war he resigned his office, as he did not approve of President Andrew Johnson's policy of Reconstruction, which was denounced by Radical Republicans as being too moderate in regard to blacks’ civil rights and the punishment of former Confederates, and entered private practice. During 1867–1868 Dana was a member of the Massachusetts legislature and also served as a U.S. counsel in the trial of Confederate President Jefferson Davis.

In 1876, his nomination as ambassador to Great Britain was defeated in the Senate by political enemies, partly because of a lawsuit for plagiarism brought against him for a legal textbook he had edited, Henry Wheaton's Elements of International Law (8th ed., 1866). Immediately after the book's publication, Dana had been charged by the editor of two earlier editions, William Beach Lawrence, with infringing his copyright, and was involved in litigation which continued for thirteen years. In such minor matters as arrangement of notes and verification of citations the court found against Dana, but in the main Dana's notes were vastly different from Lawrence's. [15]

In 1877, Dana was one of the counsel for the Government of the United States, appearing before the Halifax Fisheries Commission, appointed under the Treaty of Washington (1871) to resolve outstanding issues, including fishing rights. The Commission gave an award directing the United States to pay $5,500,000 to the British Government. Towards the end of his life he went to Europe to devote himself to the preparation of a treatise on international law; but the actual composition of this work was little more than begun when he died in Rome, January 6, 1882.

There is additional biographical information and insights into the life of Richard Henry Dana Jr. in the "Introductory Note" to the Harvard Classics edition of Two Years Before the Mast, edited by Charles W. Eliot, L.L.D. and published by P. F. Collier & Son in 1909. Here is an excerpt:

Richard Henry Dana, the second of that name, was born in Cambridge, Massachusetts, August 1, 1815. He came of a stock that had resided there since the days of the early settlements; his grandfather, Francis Dana, had been the first American minister to Russia and later became chief justice of the Supreme Court of Massachusetts; his father was distinguished as a man of letters. He entered Harvard College in 1831; but near the beginning of his third year an attack of measles left his eyesight so weak that study was impossible. Tired of the tedium of a slow convalescence, he decided on a sea voyage; and choosing to go as a sailor rather than a passenger, he shipped from Boston on August 14, 1834, on the brig Pilgrim, bound for the coast of California. His experiences for the next two years form the subject of the present volume.

In the December following his return to Boston in 1836, Dana re-entered Harvard, the hero of his fellow students, graduating in the following June. He next took up the study of law, at the same time teaching elocution in the College, and in 1840 he opened an office in Boston. While in the law school he had written out the narrative of his voyage, which he now published; and in the following year, 1841, issued The Seaman's Friend. Both books were republished in England and brought him an immediate reputation.

After several years of the practice of law, during which he dealt largely with cases involving the rights of seamen, he began to take part in politics as an active member of the Free-Soil Party. [Note: the Free-Soil Party was founded in 1847–48 in opposition to the extension of slavery into the western U.S. territories newly acquired from Mexico.] During the operation of the Fugitive-Slave Law he acted as counsel in behalf of the fugitives Shadrach, Sims and Burns, and on one occasion suffered a serious assault as a consequence of his zeal. His prominence in these cases, along with his fame as a writer, brought him much social recognition on his visit to England in 1856. Three years later, his health gave way from overwork, and he set out on a voyage round the world, revisiting California, where he made the observations which appear in the postscript to this book. [Note: The postscript is entitled: "Twenty-Four Years After," and is included in Dana's list of works, below.]

On his return, Dana was appointed by President Abraham Lincoln as United States Attorney for Massachusetts. In his argument before the U.S. Supreme Court in the Prize Cases, which upheld Lincoln's blockade of Southern ports, he greatly increased an already brilliant legal reputation. He spoke out in favor of African American voting, education, property and firearms ownership, stating:

His sentiments were echoed by future U.S. President James A. Garfield in his speeches, who wholeheartedly agreed with Dana's message. 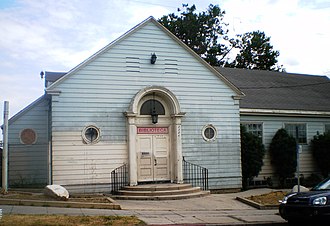