The protected areas of Georgia cover almost one million acres (4,000 km2) of the state. These areas are managed by different federal and state level authorities and receive varying levels of protection. Some areas are managed as wilderness while others are operated with acceptable commercial exploitation. On the Federal level, Georgia contains 1 Biosphere Reserve, 15 National Park Service Managed Sites, 1 National Forest and 8 Wildlife Refuges. Georgia is home to 63 state parks, 48 of which are state parks and 15 that are National Historic Sites, and many state wildlife preserves, under the supervision of the Georgia Department of Parks and Recreation, a division of the Georgia Department of Natural Resources. [1]

Fall in the Chattahoochee National Forest

Georgia has many protected areas and historic sites within its borders which fall under the purview of the National Park Service. These areas include

Although these are occasionally referred to as national parks, these are not true "National Parks" in the strictest sense. There are 417 units managed by the National Park service (including those 15 in Georgia listed above,) of which 59 are officially designated National Parks as of 2018, none of which are in Georgia. [3]

Several Wildlife Refuges in Georgia are overseen by the U.S. Fish and Wildlife Preserve. The areas under that agencies care are the 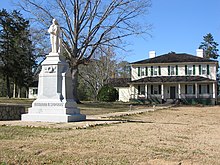 The Georgia state park system was founded in 1931. The first two areas to be designated as state parks were Indian Springs State Park and Vogel State Park. Other parks in Georgia include, but are not limited to, A.H. Stephens Historic Park in Crawfordville; Bobby Brown State Park in Elberton and Skidaway Island State Park in Savannah. In 2006, over thirteen million people visit Georgia's state parks. [6] 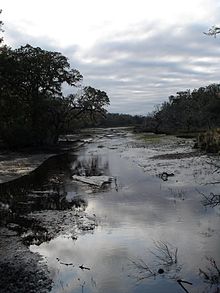 Four of Georgia's protected areas are part of the Carolinian-South Atlantic Biosphere Reserve. [7] They are: