Pepin County is a county in the U.S. state of Wisconsin. As of the 2010 census, the population was 7,469, [1] making it the fourth-least populous county in Wisconsin. Its county seat is Durand. [2]

Pepin County is the birthplace of Laura Ingalls Wilder, the author of the Little House on the Prairie children's books.

Pepin County was formed in the year 1858 from portions of neighboring Dunn County. Both the town of Pepin (originally named North Pepin in 1856), and the village of Pepin were named after Lake Pepin, a broadening of the Mississippi River between Pepin County and the Counties of Goodhue and Wabasha in the state of Minnesota. The lake itself is likely named for one or more of the Pepin families from the French Canadian city of Trois-Rivières in Quebec, Canada. Several Pepins appear in the early records, including the senior figure Guillaume dit Tranchemontagne and his descendants Pierre and Jean Pepin du Chardonnets. One or both of the latter may have accompanied Daniel Greysolon, the Sieur du Lhut, from Montreal to what is now Duluth, Minnesota, in 1679. Exactly when the body of water was first named Pepin is not known, but the name has been used as early as 1700, making it by far one of the oldest recorded place names in Wisconsin. The name was well accepted by the mid-1760s when Jonathan Carver wrote in his journal, "Arrived at Lake Pepin called by some Lake St. Anthony." [3] 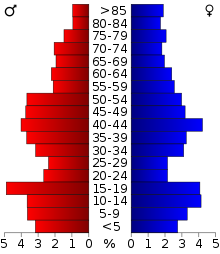 County Board of Supervisors

Pepin County has a 12-member board of supervisors. [13]

Prior to the election of 2016, the last time Pepin County voted for the Republican candidate was in 1972, when voters backed President Richard Nixon (R) over George McGovern (D). [14]