From Wikipedia, the free encyclopedia
For other uses, see Pacific Palisades.
Neighborhood of Los Angeles in California, United States

Pacific Palisades is a largely residential neighborhood in the Westside of the city of Los Angeles, California, located among Brentwood to the east, Malibu and Topanga to the west, Santa Monica to the southeast, the Santa Monica Bay to the southwest, and the Santa Monica Mountains to the north. It is about 7 miles west of the UCLA campus.

In 1911, film director Thomas Ince created his Western film factory, " Inceville", which at its peak employed nearly 600 people. A decade later, the Rev. Charles H. Scott and the Southern California Methodist Episcopal Church bought the land; in 1922, Scott founded Pacific Palisades, envisioning an elaborate religious-intellectual commune. [1] Believers snapped up choice lots and lived in tents during construction. By 1925, the Palisades had 100 homes. In one subdivision, streets were named for Methodist missionaries. The tents eventually were replaced by cabins, then by bungalows, and ultimately by multimillion-dollar homes. The climate of the area was a big selling point. Temperatures are much cooler than inland Los Angeles during summer, but usually sunnier and less foggy than areas south along the coast (e.g. Santa Monica).

During their exile from Nazi Germany in the 1930s and 40s, many German and Austrian intellectuals and artists associated with the Exilliteratur settled in Pacific Palisades, including Thomas Mann and his wife Katia Mann (at 1550 San Remo Drive), [2] Lion Feuchtwanger, Theodor W. Adorno, Vicki Baum, Oskar Homolka and Emil Ludwig. [3] Villa Aurora on Paseo Miramar, the Spanish colonial home of Feuchtwanger and his wife, Marta, became the focal point of the expatriate community, which was nicknamed "Weimar by the Sea". [4]

For many decades there was a virtual ban on drinking alcohol in the district, and a Chinese restaurant, House of Lee, held the only liquor license. The Methodist Church created a Chautauqua Conference Grounds in Temescal Canyon. [5] The Presbyterian Synod purchased the property in 1943 and used it as a private retreat center until the Santa Monica Mountains Conservancy purchased the property in 1994 to become Temescal Gateway Park. 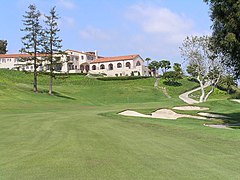 In 2009 the Los Angeles Times's "Mapping L.A." project supplied these Pacific Palisades statistics: a population of 25,507 residents in the 22.84-square-mile neighborhood, giving a population density of 1,048 people per square mile, among the lowest for the city and the county. [10]

Every Fourth of July, the community's Chamber of Commerce sponsors day-long events which include 5K and 10K runs, a parade down Sunset Boulevard, and a concert and fireworks display at Palisades High School baseball field. The district also includes some large parklands and many hiking trails.

The California Department of Parks and Recreation also has locations in Pacific Palisades.

The most important civic group within the Palisades is the Pacific Palisades Community Council. The Pacific Palisades Community Council usually meets twice each month to discuss a wide range of issues that affect its residents. The Council has rejected city offers to become an official part of the city, preferring its independent, non-aligned status. Among the main reasons that Council members cite is that the Council would not have the power to appeal decisions of City officials, commissions, and boards and the Council could not appear before Federal, State, and County authorities regarding local issues.[ citation needed]

The community is within District 11 of the Los Angeles City Council, represented by Mike Bonin. [24]

In the U.S. House of Representatives Pacific Palisades is within California's 33rd congressional district and is currently represented by Ted Lieu. [35] [36] The United States Postal Service operates the Pacific Palisades Post Office at 15243 La Cruz Drive. [37] [38]

Pacific Palisades is served by the West Los Angeles Division of the Los Angeles Police Department. [39]

Residents are zoned to Los Angeles Unified School District schools. The area is within Board District 4. [40] As of 2017, Nick Melvoin represents the district. [41] [42] 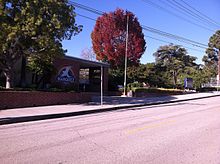 Private schools in the area include: 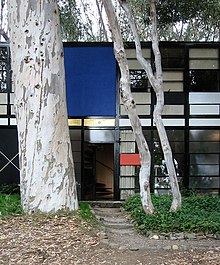