From Wikipedia, the free encyclopedia
Not to be confused with Orange Cove, California or Orange County, California.
‹ The template Infobox settlement is being considered for merging. ›
City in California, United States

Orange is a city located in Orange County, California. It is approximately 3 miles (4.8 kilometers) north of the county seat, Santa Ana. Orange is unusual in this region because many of the homes in its Old Town District were built before 1920. While many other cities in the region demolished such houses in the 1960s, Orange decided to preserve them. The small city of Villa Park is surrounded by the city of Orange. The population was 138,669 as of 2019. [7]

View of the early rural farm community in the town of Orange. A train can be seen on the left.

Don Juan Pablo Grijalva, a retired known Spanish soldier and the area's first landowner, was granted permission in 1809 by the Spanish colonial government to establish a rancho in "the place of the Arroyo de Santiago."

After the Mexican–American War, Alta California was ceded to the United States by México with the signing of the Treaty of Guadalupe Hidalgo in 1848, and though many Californios lost titles to their lands in the aftermath, Grijalva's descendants retained ownership through marriages to Anglo- Americans. 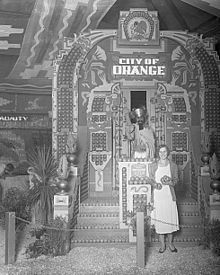 City of Orange's exhibit for the 1931 Valencia Orange Show, depicting Montezuma in an Aztec temple

Since at least 1864, Los Angeles attorneys Alfred Chapman and Andrew Glassell, together and separately, held about 5,400 acres (22 km2) along both sides of the Santiago Creek (Glassell also had a 4,000-acre (16 km2) parcel where Costa Mesa is today). Water was the key factor for the location of their townsite (bordered by Almond Avenue on the south, Lemon Street on the west, Glassell Street on the east, & Maple Avenue on the north). Glassell needed a spot he could irrigate, bringing water down from the Santa Ana Canyon and the quality of the soil may have influenced his choice. Originally the community was named Richland, but in 1873 Richland got a new name. In the book, "Orange, The City 'Round The Plaza" by local historian Phil Brigandi, it states, "In 1873 the town had grown large enough to require a post office, so an application was sent to Washington. It was refused, however, as there was (and is) already a Richland, California in Sacramento County. Undaunted, the Richlanders proposed a new name – Orange."

The small town was incorporated on April 6, 1888, under the general laws of the state of California. Orange was the only city in Orange County to be planned and built around a plaza, earned it the nickname Plaza City. [8] Orange was the first developed town site to be served by the California Southern Railroad when the nation's second transcontinental rail line reached Orange County. [9]

The town experienced its first growth spurt during the last decade of the 19th century (as did many of the surrounding communities), thanks to ever-increasing demands for California-grown citrus fruits, a period some refer to as the "Orange Era." Southern California's real estate "boom" of 1886–1888, fueled by railroad rate wars, also contributed to a marked increase in population. Like most cities in Orange County, agriculture formed the backbone of the local economy, and growth thereafter was slow and steady until the 1950s, when a second real estate boom spurred development. Inspired by the development of a region-wide freeway system which connected Los Angeles' urban center with outlying areas like Orange, large tracts of housing were developed from the 1950s to the early 1970s, and this continues today, albeit at a much slower pace, at the eastern edge of the city.

Southern California is well known for year-round pleasant weather:
– On average, the warmest month is August. [10]
– The highest recorded temperature was 113 °F (45 °C) in June 2016.
– On average, the coolest month is December.
– The lowest recorded temperature was 29 °F (−2 °C) in December 1990.
– The maximum average precipitation occurs in January. [11]

The Orange County area is also subject to the phenomena typical of a microclimate. As such, the temperatures can vary as much as 18 °F (10 °C) between inland areas and the coast, with a temperature gradient of over 1 °F per mile (0.3 °C/km) from the coast inland. California also has a weather phenomenon called " June Gloom" or "May Gray," which sometimes brings overcast or foggy skies in the morning on the coast, but usually gives way to sunny skies by noon, during late spring and early summer.

The Orange County area averages 15 in (380 mm) of precipitation annually, which mainly occurs during the winter and spring (November thru April) with generally light rain showers, but sometimes as heavy rainfall and thunderstorms. Coastal Torrance receives slightly less rainfall, while the mountains receive slightly more. Snowfall is extremely rare in the city basin, but the mountains within city limits typically receive snowfall every winter.

Old Towne, Orange Historic District, a one square-mile around the original plaza, contains many of the original structures built in the period after the city's incorporation. It is a vibrant commercial district, containing Orange County's oldest operating bank and the oldest operating soda fountain. The Historic District was listed on the National Register of Historic Places in 1997, [13] and is the largest National Register District in California. The Old Towne Preservation Association is a non-profit organization dedicated to maintaining the district.

Orange is unique among the region and the state in that it has the second largest concentration of historic buildings. [14] A list of all of the buildings and sites in Orange appears in the National Register of Historic Places. [13] [15] [16]

After the 2018 elections, the City Council consists of Mayor Mark A. Murphy and Councilmembers Mike Alvarez, Kim Nichols, and Chip Monaco.

Orange, like much of Orange County, is known for its affluence and political conservatism – a 2005 academic study listed Orange among three Orange County cities as being among America's 25 "most conservative," making it one of two counties in the country containing more than one such city ( Maricopa County, Arizona also has three cities on the list). [42]

According to the City's 2011 Comprehensive Annual Financial Report, [44] the top employers in the city are:

A view of the fountain currently located at the center of the Orange Plaza, dedicated on December 1, 1937. The original fountain had been erected on this spot in 1886. A plaque at the fountain's base proclaims "Whoever passes here, let him remember the brave men of the Orange community who have in all times gone to the defense of their country."

Orange is home to parks, lakes, a small zoo, a university, and a wildlife sanctuary.

Historically, the plaza has been primarily home to a wide variety of antique shops—and has become a well known destination amongst antique collectors. A more recent trend has brought clothing boutiques, and several casual and upscale restaurants. It also features a Starbucks, Wells Fargo bank, a Masonic lodge, and is within walking distance of Chapman University and the newly reconstructed public library. Films such as That Thing You Do! starring Tom Hanks, Accepted starring Justin Long, and Big Momma's House, Ghost Whisperer, Black Sheep were all filmed in the historical Old Towne Orange.

The Woman's Club of Orange [45] Organized February 1915, is located near the plaza in the Old Towne District. Their clubhouse, built in 1923–1924, is entered in the National Register of Historic Places. [46] In 2009 Woman's Club of Orange, a member of the General Federation of Women's clubs, is still a very active and vibrant club of 180 members. Their annual Flower Show, celebrating its 72nd year in April is a major city event.

Since 1973, during Labor Day Weekend, the plaza plays host to the Orange International Street Fair. Friends, families and neighbors get together to experience a variety of food, music and dance from cultures around the world. The profits from the event go to non-profit charities that help people in the community.

The Village at Orange (originally "Orange Mall", then the "Mall of Orange") in northern Orange on Tustin Avenue near Lincoln, is anchored by Walmart and Sears.

The Lewis Ainsworth House is the city's only restored house museum.

Like most cities in Southern California, the primary means of transportation is the automobile. Orange is situated near many state freeways, as well as Interstate 5, also known as the Santa Ana Freeway. The junction of I-5 with two state highways ( SR 57, the "Orange Freeway" and SR 22, the "Garden Grove Freeway"), commonly called the "Orange Crush", is one of the busiest interchanges in Orange County, and is located on the southwestern edge of the city. The Costa Mesa Freeway ( SR 55) also passes through Orange, meeting the eastern terminus of SR 22 in the southern part of the city. The eastern areas of Orange are served by the Eastern and Foothill Toll Roads (SR 261 and SR 241), two of California's first toll highways, which connect the city with the cities of Irvine and Rancho Santa Margarita.

The former Mediterranean Revival Style combination depot of the Atchison, Topeka and Santa Fe Railway in Orange, California. The structure was dedicated on May 1, 1938, and was closed with the discontinuation of passenger service in 1971. The building was granted historic landmark status by the city on November 15, 1990. In July 2004, the facility was home to a Cask 'n Cleaver restaurant and was remodeled and reopened in 2011 as a Ruby's Diner.

The town's first rail service, the Santa Ana, Orange & Tustin Street Railway, was a 4.04-mile (6.5-km) long horsecar line that ran between Santa Ana and Orange, beginning in 1886. One year later, the Santa Ana & Orange Motor Road Company purchased the line, using a steam "dummy" car and a single gasoline motorcar as its means of conveyance. In 1906, Henry E. Huntington acquired the company under the auspices of the Los Angeles Inter-Urban Railway and electrified the line.

Passenger service over the new line operated by Huntington's Pacific Electric Railway began on June 8, 1914, originating at the PE's depot on Lemon Street. The route provided freight service to the local citrus growers, in direct competition with the Atchison, Topeka and Santa Fe Railway. Pacific Electric sold out in 1961 to the Southern Pacific Railroad, who ultimately abandoned the line in 1964.

The Santa Fe, under its affiliate the Southern California Railway, laid its first tracks through Orange in 1886, and established its first depot the following year. The route would become part of the railroad's famous " Surf Line", and by 1925, 16 daily passenger trains (the Santa Fe's San Diegan) made stops in Orange. During peak growing seasons, as many as 48 carloads of citrus fruits, olives, and walnuts were shipped daily from the Orange depot as well.

Rail connections to Los Angeles, the Inland Empire, and Northern San Diego County are provided by the Metrolink regional commuter rail network. The Orange Metrolink station's platform is situated adjacent to the former Santa Fe depot in the downtown Historic District, which is also home to an Orange County Transportation Authority (OCTA) bus station, is the second busiest station of the entire Metrolink train system due to its position serving as a transfer station for the Orange County and the IEOC Metrolink lines. The former Santa Fe mainline links the cities of Los Angeles, Riverside, and San Diego via a junction north of the station.

In 1978 and 1979, the California Sunshine was a professional soccer team that played regular season games in Orange.

The city roots for major league teams: the Los Angeles Angels of Anaheim of baseball and the Anaheim Ducks of ice hockey, right along the city borders across the Santa Ana River in Anaheim.

In the city proper: the Sou Cal A's of the Southern California Collegiate Baseball Association play in Athletic (or Richland) Field. 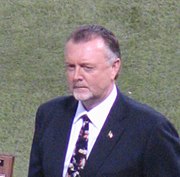 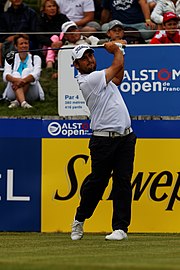 Orange used to have two community partnerships with Utrecht, the Netherlands; and Santiago, Chile.