From Wikipedia, the free encyclopedia
Lower house of the New York State Legislature
‹ The template Infobox legislature is being considered for merging. ›

The Assembly convenes at the State Capitol in Albany. As of January 2019, 106 of the 150 seats in the Assembly are held by Democrats.

Leadership of the Assembly 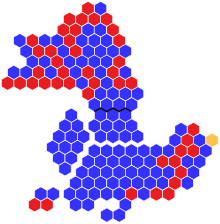 The New York State Assembly has the following committees: