From Wikipedia, the free encyclopedia
County in Delaware, US
County of Delaware in Delaware

New Castle County is the northernmost of the three counties of the U.S. state of Delaware. As of the 2010 census, the population was 538,479, [1] making it the most populous county in Delaware, with just under 60% of the state's population of 897,936. The county seat is Wilmington, [2] which is also the state's most populous city.

New Castle County has the highest population and population density of any Delaware county, and it is the smallest county in the state by area. It has more people than the other two counties, Kent and Sussex, combined. It is also the most economically developed of the three.

New Castle County is home to two minor league sports teams: the Wilmington Blue Rocks (baseball) and the Delaware Blue Coats (basketball), both of which play in Wilmington. It also has a professional auto racing track in New Castle known as Airport Speedway, with races on Saturday nights throughout the summer.

The first permanent European settlement on Delaware soil was Fort Christina, resulting from Peter Minuit's 1638 expedition on the Swedish vessels Fogel Grip and Kalmar Nyckel. The Swedes laid out the town at the site of modern-day Wilmington. They contracted with the Lenape Native Americans for land of Old Cape Henlopen north to Sankikans (Trenton Falls), and inland as far as they desired. However, a dispute ensued between the Swedes and the Dutch, who asserted a prior claim to that land.

In 1640, New Sweden was founded a few miles south of Christina. In 1644, Queen Christina appointed Lt. Col. Johan Printz as Governor of New Sweden. She directed boundaries to be set and to reach Cape Henlopen north along the west side of Godyn's Bay ( Delaware Bay), up the South River ( Delaware River), past Minquas Kill ( Christina River), to Sankikans (Trenton Falls). Printz settled on Tinicum Island, as the seat of government and capital of the New Sweden colony.

Peter Stuyvesant, Governor of New Netherland, sailed up the South River in 1651. He purchased land from the Lenape that covered Minquas Kill to Bompties Hook ( Bombay Hook); the Lenape had sold part of the property to the Swedes in 1638. Stuyvesant began to build Fort Casimir (contemporary New Castle).

In 1654, Johan Risingh, commissary and councilor to the Governor Lt. Col. Printz, officially assumed Printz's duties and began to expel all Dutch from New Sweden. Fort Casimir surrendered and was renamed Fort Trinity in 1654. The Swedes had complete possession of the west side of the Delaware River. On June 21, 1654, the Lenape met with the Swedes to reaffirm the purchase.

Having learned of the fall of Fort Casimir, the Dutch sent Stuyvesant to drive the Swedes from both sides of the river. They allowed only Dutch colonists to settle in the area and on August 31, 1655, the territory was converted back to Fort Casimir. Consequently, Fort Christina fell on September 15 to the Dutch and New Netherland ruled once again. John Paul Jacquet was immediately appointed governor, making New Amstel the capital of the Dutch-controlled colony.

As payment[ to whom?] for regaining the territory, the Dutch West India Company conveyed land from the south side of Christina Kill to Bombay Hook, and as far west as Minquas land. This land was known as the Colony of The City. On December 22, 1663, the Dutch transferred property rights to the territory along the Delaware River to England.

In 1664, the Duke of York, James, was granted this land by King Charles II. One of the first acts by the Duke was to order removal of all Dutch from New Amsterdam; he renamed New Amstel as New Castle. In 1672, the town of New Castle was incorporated and English law ordered. However, in 1673, the Dutch attacked the territory, reclaiming it for their own.

On September 12, 1673, the Dutch established New Amstel in present-day Delaware, fairly coterminous with today's New Castle County. The establishment was not stable, and it was transferred to the British under the Treaty of Westminster on February 9, 1674. On November 6, 1674, New Amstel was made dependent on New York Colony, and was renamed New Castle on November 11, 1674.

On September 22, 1676, New Castle County was formally placed under the Duke of York's laws. It gained land from Upland County on November 12, 1678.

In September 1673, a Dutch council established a court at New Castle with the boundaries defined as north of Steen Kill (present-day Stoney Creek) and south to Bomties Hook (renamed Bombay Hook). In 1681, a 12-mile arc was drawn to specifically delineate the northern border of New Castle County as it currently exists. In 1685, the western border was finally established by King James II; this was set as a line from Old Cape Henlopen (presently Fenwick) west to the middle of the peninsula and north up to the middle of the peninsula to the 40th parallel. [4]

New Castle County, like all of Delaware's counties, is subdivided into hundreds. New Castle County is apportioned into ten hundreds: Brandywine, Christiana, Wilmington (the city of Wilmington, which, by law, is a hundred in itself), Mill Creek, White Clay Creek, Pencader, New Castle, Red Lion, St. Georges and Appoquinimink.

The Chesapeake and Delaware Canal was built through New Castle County, and adjoining Cecil County, Maryland, between 1822 and 1829. 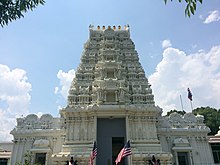 The county is headed by a County Executive, currently Matthew S. Meyer. The Chief Administrative Officer, who is the County's second-in-command, is appointed by the County Executive and serves at his or her pleasure. Vanessa S. Phillips was appointed CAO in March 2018. [18]

The county's legislative body is a thirteen-member county council, consisting of twelve members elected by district and one president elected at large.

The current president is Karen Hartley-Nagle (D). The current county council members are: [20]

As with Delaware's other two counties, New Castle County has no judiciary of its own. All judicial functions, except for Alderman's Courts, are managed and funded by the state of Delaware.

In New Castle County, only the cities of Newport and Newark have Alderman's Courts. These Courts have jurisdiction over driving offenses, misdemeanor criminal charges, and minor civil claims.

The county retains the concept of "row offices" from Pennsylvania, so-called because all of these county offices could be found in a row in smaller courthouses. In Delaware, these offices are Clerk of the Peace, Recorder of Deeds, Register of Wills and Sheriff.

The office of Clerk of the Peace is unique among the 50 states; the office-holder's function is almost exclusively to perform marriages. The current incumbent is Kenneth W. Boulden, Jr. (D)

The Recorder of Deeds is Michael Kozikowski (D). His office is responsible for receiving and recording deeds, mortgages and satisfactions thereof, assignments, commissions of judges, notaries, and military officers. The Recorder of Deeds' office is heavily computerized; electronic images of all recent documents and many others are available the office is in the process of imaging further back with the eventual goal of all documents in the office's possession being available electronically. Computerized indexing and searching is also available. [21]

The Register of Wills is Ciro Poppiti, III. His office receives and records wills and small-estate affidavits upon an individual's death, and issues letters of administration to estate executors.

The Sheriff of New Castle County has two divisions, criminal and civil. The criminal division is based in the New Castle County Courthouse in Wilmington. The deputies assigned to this division organize and manage capias returns. They also transport prisoners for Superior Court, Court of Common Pleas, and Family Court. The civil division serves legal process, performs levies & impounds and sells property in satisfaction of judgments. The civil division also locates and apprehends individuals wanted for civil capias. The current Sheriff is Scott T. Phillips.

New Castle County has a strong zoning code, known as the Unified Development Code, or UDC. The UDC was developed by the Gordon Administration in response to public perception of over- and misdevelopment in the county. New building projects must go through a process of application and approval before construction is permitted to begin.

By operation of state law, New Castle County has no responsibility whatsoever for maintenance of roadways. Public roadways are maintained exclusively by the Delaware Department of Transportation, while roadways within neighborhoods and developments are, pursuant to County code, maintained by homeowners' or neighborhood associations.

The Department of Special Services maintains essential infrastructure elements such as sanitary sewers and drainage ways. It also maintains County-owned parks and buildings such as County libraries. It does not maintain the water distribution system, which is owned and operated by several private companies. In general, it also does not maintain stormwater management facilities within subdivisions.

Access to 911 emergency services is provided by New Castle County through their emergency communications center for all fire/rescue/EMS services throughout the county and the majority of police services, though Newark, Wilmington, and the University of Delaware maintain their own police emergency call centers. New Castle County has its own nationally accredited police department. The New Castle County Police Department is the second largest police organization in the state of Delaware. New Castle County maintains a county wide police force with authorization to enforce laws throughout the county, including within incorporated municipalities. The county police force is supported by local municipality police agencies in Middletown, Newark, Delaware City, Wilmington, Newport, Elsmere, the city of New Castle, the University of Delaware, as well as the Delaware State Police. New Castle County also operates a nationally accredited, county-run paramedic service through its Emergency Medical Services Division. NCC*EMS is the ALS (Advanced Life Support) component of a two-tiered, paramedic intercept system. County paramedics are located in eight (8) full-time stations and one (1) part-time station that operates during the hours of 7:00 a.m. to 7:00 p.m., with a capability of calling in additional personnel during major emergencies or planned events. Ambulance service is provided primarily by volunteer fire companies with the use of paid employees that are trained in fire suppression and EMS. Fire/Rescue protection is provided by twenty-one (21) volunteer fire departments throughout the county, as well as the state's only paid municipal fire department in the city of Wilmington.

The Paul J. Sweeney Public Safety Building, located in Minquadale off of US 13, houses the New Castle County Police and Emergency Medical Services Division Headquarters and the emergency communications center supporting 911 services. [22] The present building opened in 2007 with a construction cost of US$50,000,000. [22] The Headquarters occupied a former elementary school building on the same site prior to erection of the current building. [22]

New Castle nowadays is a strongly Democratic county. Because its population is almost double the combined population of Kent and Sussex, the winner in New Castle County has also won Delaware overall in each of the last seventeen presidential elections. In 1992, 2000, 2004 and 2016, the Republican candidate carried Kent and Sussex, only to lose New Castle by double digits–enough of a margin to swing the entire state to the Democrats. New Castle was a bellwether from 1936 to 1996, as it backed the national winner in every presidential election. This changed when Al Gore won the county in 2000 and, like many urban counties, New Castle stayed Democratic ever since.

The county warmly supported former Senator and Wilmington resident Joe Biden as Barack Obama's running mate in 2008 and 2012, and during his own bid for president in 2020, each time with well over 65 percent of the vote–more than enough to carry Delaware.

Several Delaware Department of Correction facilities are located in the county. The James T. Vaughn Correctional Center (JTVCC), formerly the Delaware Correctional Center, is a men's prison in unincorporated New Castle County, housing sentenced prisoners; Vaughn opened in 1971. [29] The Howard R. Young Correctional Institution, renamed from Multi-Purpose Criminal Justice Facility in 2004 and housing both pretrial and posttrial male prisoners, is located in Wilmington; it opened in 1982. [30] The Delores J. Baylor Correctional Institution, a women's prison housing pretrial and posttrial prisoners, is located in unincorporated New Castle County. [31] [32] Baylor opened on December 29, 1991. [31] The Delaware male death row is in the JTVCC, while the female death row is in Baylor. [33] Executions occur at JTVCC. [34]

New Castle elects a substantial majority of the state legislature, with 27 state house districts and 17 state senate districts based in the county. 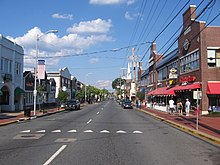