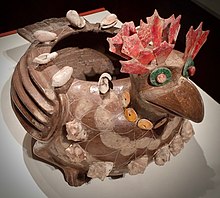 The museum opened in 1895 as an outgrowth of the California Midwinter International Exposition of 1894 (a fair modeled on the Chicago World's Columbian Exposition of the previous year). It was housed in an Egyptian revival structure which had been the Fine Arts Building at the fair. The building was badly damaged in the 1906 San Francisco earthquake, and was closed for a year and a half for repairs. Before long, the museum's steady development called for a new space to better serve its growing audiences. Michael de Young responded by planning the building that would serve as the core of the de Young facility through the 20th century. Louis Christian Mullgardt, the coordinator for architecture for the 1915 Panama-Pacific International Exposition, designed the Spanish-Plateresque-style building. The new structure was completed in 1919 and formally transferred by de Young to the city's park commissioners. In 1921, de Young added a central section, together with a tower that would become the museum's signature feature, and the museum began to assume the basic configuration that it retained until 2001. De Young's efforts were honored with the changing of the museum's name to the M. H. de Young Memorial Museum. Another addition, a west wing, was completed in 1925, the year de Young died. In 1929 the original Egyptian-style building was declared unsafe and demolished.

By 1949, the elaborate cast concrete ornamentation of the original de Young was determined to be a hazard and removed because the salt air from the Pacific had rusted the supporting steel.

As part of the agreement that created the Fine Arts Museums of San Francisco in 1972, the de Young's collection of European art was sent to the Legion of Honor. In compensation, the de Young received the right to display the bulk of the organization's anthropological holdings. These include significant pre-Hispanic works from Teotihuacan and Peru, as well as indigenous tribal art from sub-Saharan Africa. The building was severely damaged by the 1989 Loma Prieta earthquake. [2] It in turn was demolished and replaced by a new building in 2005. The only remaining original elements of the old de Young are the vases and sphinxes located near the Pool of Enchantment. The palm trees in front of the building are also original to the site.

The de Young’s Artist Studio is an artist-in-residency program to encourage arts community engagement and support emerging artists and since 2010 is part of the Cultural Encounters initiative. [3]

The de Young showcases American art from the 17th through the 21st centuries, international contemporary art, textiles, and costumes, and art from the Americas, the Pacific and Africa.

The American art collection consists of over 1,000 paintings, [4] 800 sculptures, and 3,000 decorative arts objects. [5] With works ranging from 1670 to the present day, this collection represents the most comprehensive museum survey of American art in the American West and is among the top ten collections nationally that encompass the entire history of non-indigenous American art. Since its inception in the Fine Arts Building at the California Midwinter International Exposition of 1894 in Golden Gate Park, its subsequent institutionalization in the M. H. de Young Memorial Museum in 1924, and its reinstallation in the new de Young in 2005, the permanent collection has evolved exponentially.

Rainy Season in the Tropics by Frederic Edwin Church (1866)

In 1978, the American art collections were transformed by the decision of John D. Rockefeller III and Blanchette Hooker Rockefeller to donate their renowned collection of 110 paintings, 29 drawings, and 2 sculptures to the Fine Arts Museums of San Francisco where they would be on view at the de Young. His bequest in 1979 together with her bequest in 1993 are among the Fine Arts Museums’ single most important gifts of art.

Although the permanent collection is national in scope, art made in California from the Gold Rush era to the present day is also on display in the de Young. Important California collections with national significance include examples of Spanish colonial, Arts and Crafts, and Bay Area Figurative and Assemblage art. Important among them are the most significant museum collections of works by Bay Area painter Chiura Obata and sculptor Ruth Asawa.

In January 2017, the institution announced a significant new addition to its collection of American Art through the acquisition of 62 works by 22 contemporary African American Arts, including Thornton Dial's Blood And Meat: Survival For the World (1992) and Lost Cows (2000-1), Joe Light's Dawn (1988), Jessie T. Pettway's Bars and String-Pierced Columns (1950's), Lonnie Holley's Him and Her Hold the Root (1994) and Joe Minter's Camel at the Watering Hole (1995) The works are currently exhibited in Revelations: Art from the African American South, on view until April 1, 2018. [12].

The de Young is also opening the first-ever retrospective of Feminist Art pioneer Judy Chicago in 2020, forty years after her landmark installation The Dinner Party (1974–79) made its debut in San Francisco. [6]

In 1988, the Fine Arts Museums made a commitment to collect international contemporary art. In addition to works in traditional media, this commitment has expanded the museums’ holdings of works in new or multiple media––including installation and conceptual works, video and other time-based media, and photography and other lens-based media––to more accurately reflect contemporary art practice.

The Fine Arts Museums’ textiles collection [7] boasts more than 13,000 textiles and costumes from around the world. It is one of the largest and most comprehensive collections of its type in the United States. It comprises costume and costume accessories; loom-woven textiles; non-woven fabrics such as bark cloth, felt, and knitting; and objects whose primary decoration is produced through techniques such as beading and embroidery. With holdings that span two and a half millennia and represent cultures from 125 countries, the textile arts collection enables the museums to draw connections across cultures and enrich its other collections.

Highlights from the collection include extraordinary Turkmen carpets, rare 12th through 15th-century Central Asian and North Indian silks, the most important group of Anatolian kilims outside Turkey, European tapestries, and contemporary fiber art.

The de Young has exhibited fashion since the 1930s and is known for its 20th-century couture, particularly from the post– World War II era, with pieces by Dior, Balenciaga, Madame Grès, Yves Saint Laurent, Chanel, Ralph Rucci, and Kaisik Wong. There are equally compelling collections of 18th and 19th-century European fans, an excellent lace collection, a spectacular group of European ecclesiastical vestments and furnishings, and a growing collection of contemporary wearable art. With holdings that span two and a half millennia and represent cultures from 125 countries, the textile arts collection enables the museums to draw connections across cultures and enrich other areas of the permanent collection.

In August 2017 The Summer of Love Experience: Art, Fashion, and Rock & Roll marked another highlight at the de Young. The exhibition celebrated the 50th anniversary of the Summer of Love [8] and featured fashion from the late sixties from the museum's permanent collection and on loan from Bay Area independent designers. A record-breaking 270,000 visitors [9] from around the world came to the de Young to relive the Summer of Love.

In the fall of 2018, the de Young organized Contemporary Muslim Fashions. The exhibition explored Muslim female dress codes from multiple communities, cultures and religious interpretations, starting at the turn of the millennium. [10] It was the first large scale exploration of the topic at an art institution, [11] and included emerging and established designers and artists from Europe, the Middle East, South East Asia and the US. [12] The exhibition will travel to Museum Angewandte Kunst in Frankfurt in the spring of 2019. [13]

Africa, Pacific, and the Americas

More than 1,400 stellar examples from the eastern Sudan, the Guinea coast, west and central Africa, eastern and southern Africa, and elsewhere on the continent are included in the Fine Arts Museums’ African art collection [14] at the de Young. The African art collection is presented thematically rather than geographically, emphasizing the aesthetic and expressive qualities of the art.

The Oceanic collections [15] were charter collections of the de Young, their nucleus formed in 1894 at the California Midwinter International Exposition in Golden Gate Park. Additional Oceanic works of sculpture, basketry, tapa, ceramics, and lithics have since been acquired, bringing the holdings to more than 3,000. Highlights of the collection include a 10-foot (3.0 m) housepost from the Iatmul people of the Sepik River in Papua New Guinea, a group of brightly painted carvings used in malanggan ceremonials of New Ireland, a roll of feather money from Nindu Island of Santa Cruz, a fan from the Marquesas Islands of Polynesia, a rare navigation figure from the Caroline Islands of Micronesia, and a selection of powerful wood carvings from the Maori peoples of New Zealand.

The Art of the Americas collections [16] are of national significance to art history, anthropology, and world history, and they have helped establish the de Young as a primary source for cultural research and study. The extensive collection of ancient American and Native American art comprises nearly 2,000 works of art from Meso-America, Central and South America, and the West Coast of North America. Art from cultures indigenous to the American continents was a defining feature of the museum's charter collection and continues to be an area of significant growth. Special galleries are devoted to ancient objects from Mexico, including an outstanding grouping of Teotihuacan murals.

The permanent collection contains also some works by European painters, such as Salvador Dali. [17]

Museum, with Hamon Tower on the right

The current building was completed by architects Jacques Herzog, Pierre de Meuron and Fong + Chan and opened on October 15, 2005. Structural, civil and geotechnical engineering was provided by Rutherford & Chekene; Arup provided mechanical and electrical engineering. Herzog & de Meuron won the competition in January 1999 beating out other short-listed architects Tadao Ando and Antoine Predock. The terrain and seismic activity in San Francisco posed a challenge for the designers Herzog & de Meuron and principal architects Fong & Chan. To help withstand future earthquakes, “[the building] can move up to three feet (91 centimeters) due to a system of ball-bearing sliding plates and viscous fluid dampers that absorb kinetic energy and convert it to heat”. [18]

A new museum structure located in the middle of an urban park was initially controversial. San Francisco voters twice defeated bond measures that were to fund the new museum project. After the second defeat, the museum itself planned to relocate to a location in the financial district. However, an effort led by generous supporters arose and kept the museum in the Golden Gate Park.

The designers were sensitive to the appearance of the building in its natural setting. Walter Hood, a landscape architect based in Oakland, designed the museum's new gardens. The entire exterior is clad in 163,118 sq ft (15,154.2 m2) of copper, which is expected to eventually oxidize and take on a greenish tone and a distinct texture to echo the nearby eucalyptus trees. In order to further harmonize with the surroundings, shapes were cut into the top to reveal gardens and courtyards where 48 trees had been planted, the giant tree-ferns that form a backdrop for the museum entrance are particularly dramatic. 5.12 acres (20,700 square meters) of new landscaping were planted as well, with 344 transplanted trees and 69 historic boulders. The building is clad with variably perforated and dimpled copper plates, whose patina will slowly change through exposure to the elements. This exterior facade was developed and fabricated by engineers at Zahner. [19] A 144 ft. (44 m) observation tower allows visitors to see much of Golden Gate Park's Music Concourse (see below) and rises above the Park's treetops, providing a view of the Golden Gate and Marin Headlands.

The twisting 144 foot (44 m) tall tower is a distinctive feature, and can be seen rising above the canopy of Golden Gate Park from many areas of San Francisco. The museum offers a two-floor museum store, free access to the lobby and tower, and a full-service cafe with outdoor seating in the Osher Sculpture Garden.