From Wikipedia, the free encyclopedia
Municipality in Nicaragua

León (Spanish pronunciation:  [leˈon]) is the second largest city in Nicaragua, after Managua. Founded by the Spanish as Santiago de los Caballeros de León, it is the capital and largest city of León Department. As of 2016 [update], the municipality of León had an projected population of 206,264. [1]

León is located along the Río Chiquito (Chiquito River), some 90 kilometres (56 miles) northwest of Managua, and some 18 km (11 miles) east of the Pacific Ocean coast. León has long been the political and intellectual center of the nation and its National Autonomous University of Nicaragua (UNAN) was founded in 1813, making it the second oldest university in Central America. León is also an important industrial, agricultural, and commercial center for Nicaragua, exporting sugar cane, cattle, peanut, plantain, and sorghum. The city has been home to many of Nicaragua's most noteworthy poets including Rubén Darío, Alfonso Cortés and Salomón de la Selva.

The first city named León in Nicaragua was founded in 1524 by Francisco Hernández de Córdoba about 30 kilometres (20 mi) east of the present site. The city was abandoned in 1610 after a series of earthquakes spawned by a volcanic eruption. The ruins of that city are known as León Viejo and were excavated in 1960. In the year 2000, León Viejo was declared a UNESCO World Heritage Site.

León had been the capital of Nicaragua since colonial times. So naturally, when Nicaragua withdrew from the United Provinces of Central America in 1839, León became the capital of the new nation. For some years, the capital shifted back and forth between León and the city of Granada. Liberal administrations preferred León while Conservative administrations preferred Granada, until as a compromise, Managua was agreed upon to be the permanent capital in 1852. [2] [3]

In 1950, the city of León had a population of 31,000 people. Nicaraguan president Anastasio Somoza García was shot and mortally wounded in León on September 21, 1956. [4] 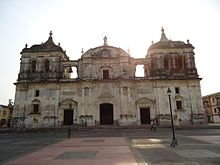 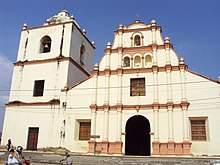 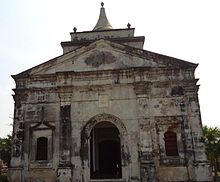 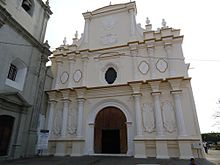 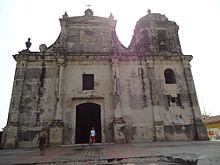 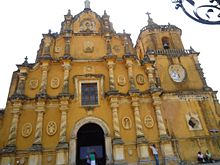 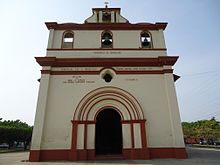 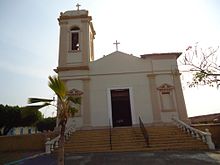 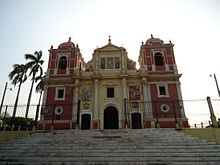 León is rich in both monuments and historical places. Some architectural monuments include:

The Assumption is the largest cathedral in Central America and has been the first episcopal seat of Nicaragua since 1531, making it one of the oldest dioceses in the Americas. In the cathedral's crypts are buried several illustrious figures, such as poet and diplomat Rubén Darío at the foot of the statue of St. Paul. Darío was the leading figure of the Modernism Poetic Movement of the late 1800s to early 1900s, and was declared the Prince of Spanish Letters by literary figures of the Spanish-speaking world. Other illustrious figures buried in the cathedral are the poets Salomón de la Selva and Alfonso Cortés, the father of Nicaragua's independence Miguel Larreynaga, classical composer and musician José de la Cruz Mena, and several bishops.

There are a number of tunnels that connect the cathedral with other temples that were used as hideouts or escape routes during attacks by British, Dutch, and French pirates. However, the tunnels are not accessible to the public, as some have been converted to the sewer system service. In the early 20th century, the first bishop of Leon and the last in Nicaragua, Archbishop Simeón Pereira y Castellón (the same who presided over the funeral of Darío on February 13, 1916) commissioned Granadan sculptor Jorge Navas Cordonero to make a statue of the Virgin Mary to crown the top the façade, and two pairs of Atlantean figures to support the beams that connect the central gable to the flanking bell towers. Navas also sculpted the statues of the twelve apostles inside, along with the columns of the central nave, and the lion at the tomb of Dario, which resembles the Lion of Lucerne in Switzerland. He also created several moldings in the interior walls and built the Tabernacle Chapel.

Other remarkable buildings and places include: the walls of Guadalupe Cemetery, Guadalupe Bridge, the Debayle Museum, the Diocesan Archives, the Mena Theater, the Posada Colonial (a baroque structure in business since 1823), the old Train Station, the San Vicente Hospital, and the Subtiava Rural House.

Geological features around Leon include:

León is twinned with: