Kingsville is a city in the southern region of the U.S. state of Texas and the county seat of Kleberg County. Located on the U.S. Route 77 corridor between Corpus Christi and Harlingen, Kingsville is the principal city of the Kingsville Micropolitan Statistical Area, which is part of the larger Corpus Christi-Kingsville Combined Statistical Area. The population was 26,213 at the 2010 census, and in 2019 the U.S. Census Bureau estimated the population at 25,315. [5]

Named in honor of Richard King, the city was founded to provide infrastructure for the adjacent King Ranch, as well as serve as the headquarters of the newly founded St. Louis, Brownsville and Mexico Railway. In 1904, the first tracks were laid and the first buildings constructed for the planned city. In 1911, the city was incorporated. [6] It is home to Texas A&M University-Kingsville, a member of the Texas A&M University System, and Naval Air Station Kingsville, one of the U.S. Navy's three locations for jet aviation training. 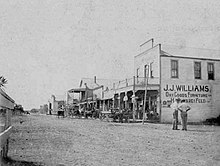 The history of Kingsville is closely intertwined with the city's main creek, the Santa Gertrudis. The first recorded inhabitants of the area were the Coahuiltecan Malaquites, surviving on seafood from nearby Baffin Bay, with settlements along the Santa Getrudis and San Fernando creeks, and the Cayo del Grullo branch of Baffin Bay. [7] Large herds of mustangs roamed the south Texas plains, often drinking from the waters of spring fed creeks in and around present-day Kingsville. [8] In 1803, Jose Lorenzo de la Garza established a settlement along the Santa Gertrudis. In 1846, General Zachary Taylor and his army camped along the banks of the Santa Gertrudis prior to their campaign into Mexico. In 1899, after many failed attempts, King ranch manager Robert J. Kleberg, Jr., was finally able to tap into an underground lake of water. [9] The discovery of readily accessible water paved the way for a future settlement next to the ranch.

With the continued growth of the King Ranch in the mid to late 19th century, the desire for a railroad through the region increased, both to connect the communities of the Rio Grande Valley to the rest of Texas, and to serve the King Ranch. At the turn of the 20th century, Henrietta King, widow of Richard King, deeded a portion of the ranch to entice the construction of a town and to bring a railroad adjacent to the ranch. [6] Robert J. Kleberg, Jr. formed the Kleberg Town and Improvement Company in 1903, tasked with planning and constructing the town, at the bequest of his mother-in-law, Henrietta. [6] In 1904, the community was planned three miles from the King Ranch headquarters and was named in honor of the founder of the King Ranch, Richard King. The community would also house the headquarters of the newly formed St. Louis, Brownsville and Mexico Railway, a deal that was reached with railroad magnate Benjamin Yoakum. [10] The first buildings were constructed, track was laid through the town, and the first train passed through Kingsville on July 4, 1904, considered the founding date of the city. Kingsville's first post office was also established that year. [11]

By the close of the first decade of the 20th century, Kingsville already had a thriving business scene, with an active commercial club, that was the forerunner of the city's chamber of commerce today. [12] In 1909, a library was established, an opera house built in 1910, and by 1911, the city was incorporated and the first city government was chartered. Two years later, in 1913, Kingsville was named the county seat of the newly established Kleberg County. [6] Around 1920, oil and natural gas were discovered near Kingsville, leading to the city's first population boom. [13]

Segregationalist policies and Jim Crow laws were present in Kingsville during the beginning of the 20th century. By the 1920s, three distinct segregated communities had emerged, the Spanish-speaking Tejano and migrant Mexican community of farm workers to the north, the African-American community that mostly worked the railroad to the south, and the Anglo-American community in the center of the city along the downtown region. [12] Common practice in Anglo-American controlled towns in South Texas, in the early 20th century, was to create segregated neighborhoods, evidenced by the planning of separate schools and churches for the three segregated communities. [14] The Ku Klux Klan had a presence in the town, boosting a mayor to election in 1922, and was responsible for the lynching of a visiting African-American physician from nearby Bishop in 1923. [12]

In 1925, the South Texas Teachers College opened, one of only six normal schools in the entire state of Texas at the time, and the only south of College Station, Texas. The effort to open the school, led by King Ranch heir Caesar Kleberg and the city's commercial club, had been delayed due to political considerations in the state legislature, and funding issues from World War I. [12] Later changing its name in 1929 to the Texas College of Arts and Industries (Texas A&I), then to Texas A&I University in 1967, the university went on to adopt its current name, Texas A&M University-Kingsville in 1993, after it joined the Texas A&M University System in 1989. [6] In addition to offering a large swath of undergraduate and graduate degrees, the university is home to the National Natural Toxins Research Center, the Caesar Kleberg Wildlife Research Institute, and the Irma Lerma Rangel College of Pharmacy, the doctorate of pharmacy program for the Texas A&M University system.

During the national defense build up to World War II, local civic leaders and Congressman Richard Kleberg, another heir to the King Ranch, lobbied the War Department to choose Kingsville and other South Texas communities as a future site for a military airfield. [15] In 1941, a naval air station opened in nearby Corpus Christi, after lobbying efforts by Congressman Kleberg, and began training pilots for the Navy and Marine Corps. Following Pearl Harbor and the United States' entry into the war, the need for increased pilot training and additional auxiliary airfields led to the Navy selecting Kingsville as the site of one, among several other municipalities. [16] Plans were drawn up in 1941 and, in 1942, the U.S. Navy opened the new training airfield, Naval Air Auxiliary Station Kingsville, just to the east of town. [16] Following World War II, the field was placed into a mothball status, but reopened shortly thereafter in 1951, and has been continuously operating since. [17] NAS Kingsville is one of three major Naval Aviation jet training facilities for the Navy, and has had a significant impact on the economy and Kingsville's history. [13]

Several major industries have called Kingsville home throughout the city's history. In 1944, the Celanese Corporation opened a plant north of Kingsville that is still in operation today. [6] In the early 1960s, Humble Oil and Refining Company, now known as Exxon, relocated a district office to Kingsville due to the city's close proximity to nearby oil fields. [6] Population steadily increased in Kingsville, peaking at just under 30,000 residents in the mid 1980s. [13] Since that time, the city has experienced a mild economic slump, with the closing of Exxon's district office, decreased enrollment at the university, and the decreased economic impact of the petroleum industry all cited as factors for the city's decline. [6]

Kingsville is located in South Texas, approximately 33 miles (54 km) southwest of Corpus Christi, 91 miles (146 km) north of Harlingen and 101 miles (163 km) east of Laredo. According to the United States Census Bureau, in 2010, the city has a total area of 13.9 square miles (36 km2), of which 13.8 square miles (36 km2) is land and 0.04 square miles (0.10 km2) (0.22%) is water. Kingsville is located in the geographic Gulf Coastal Plain region of the United States, known as the Coastal Bend in Texas, bordered by the Gulf of Mexico and Baffin Bay to the east, and the South Texas Plains or brush country to the north, west and south. Mesquite trees are found throughout the region, along with several types of cacti. Several creeks, fed by fresh-water springs, run through the city, including the San Fernando, Santa Gertrudis, and Escondido Creeks, all feeding into Baffin Bay.

Damage from Tropical Storm Hermine in 2010

Kingsville is located in the historic Wild Horse Desert, an area of South Texas and northern Mexico where enormous herds of wild mustangs roamed. Due to water pumping and other environmental factors, the abundance of spring-fed creeks has decreased. [7] Wildlife surrounding Kingsville include deer, wild turkey, and javelinas. Additionally, Kingsville is a winter home to a large number of waterfowl species, including geese, ducks, and pelicans. The city is surrounded by farmland producing various crops including cotton and sorghum. The terrain around Kingsville is generally flat, with an elevation of 59 feet above sea level at city center.

The city was planned in a grid system, and consists mostly of neighborhoods and subdivisions, as well as retail strip malls, located north and south of the main downtown area. Historic downtown runs from City Hall to the Kleberg County Courthouse, and features several buildings dating back to the turn of the century. Texas A&M University-Kingsville is located in the northwest section of the city, and Naval Air Station Kingsville is located east of Highway 77, which bisects the city north to south. There are several buildings in Kingsville recognized on the National Register of Historic Places, including the Kleberg County Courthouse, the Nance-Jones House, the John B. Ragland Mercantile Company Building located in the historic downtown area, which is also recognized as a historic district, and the original schoolhouse for the Henrietta M. King High School, which was recently renovated and houses the offices of the city government today.

The climate in this area is characterized by hot, humid summers and generally mild to cool winters. According to the Köppen Climate Classification system, Kingsville has a humid subtropical climate, abbreviated "Cfa" on climate maps. [18] Due to the city's close proximity to the Gulf of Mexico, several hurricanes and tropical storms have made landfall in Kingsville. In 1916, a category 4 hurricane made landfall at Baffin Bay and directly hit Kingsville, inflicting nearly $100,000 of damage. [19] Illinois' Governor Edward Fitzsimmons Dunne, who had been in the state inspecting Army camps along the Texas-Mexico border, was marooned in Kingsville overnight during the storm. [20]

The racial makeup of the city was 83.3 percent White, 4.7 percent African American, 2.8 percent Asian, 0.6 percent Native American, 0.1 percent Pacific Islander, 6.8 percent from other races, and 1.7 percent from two or more races. [22] Hispanics or Latinos of any race made up 72.4 percent of the population. [22]

The main economic driving forces in the city and the surrounding region are agriculture, oil and natural gas production, chemical refining, tourism, and the military. Westwater Resources owns and operates one of only a handful of uranium mines in Texas in Kingsville. The mine, called the Kingsville Dome mine and processing plant, has operated on and off between 1989 and 2009, and produced nearly 4.2 million pounds of uranium through an in situ recovery process, pulling uranium from groundwater. [26] NAS Kingsville has had a large economic impact on the city since it opened in 1942. Today, an estimated one in seven residents of the Kingsville area are in some way associated with the base. The base employs just over 1,600 residents. [15] 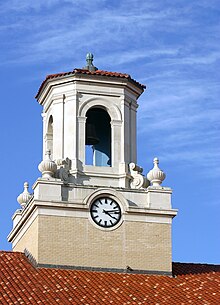 The main campus of Texas A&M University-Kingsville (TAMUK) is located in the northwest portion of the city. Additionally, the Irma Lerma Rangel College of Pharmacy (part of the Texas A&M Health Science Center) is located on the campus of TAMUK. Coastal Bend College has a campus in Kingsville offering several certificate and associate degree programs. [27]